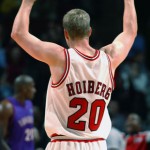 Fred Hoiberg is new Chicago Bulls coach, looking to turn around an offensive offense Oddly, despite his reputation as a shooter and little else during an 11-year NBA career, Fred Hoiberg developed into an excellent rebounder for his trim, 6-4 size. The obvious correlation here is that he’s now charged with helping a Chicago Bulls franchise rebound from a mess that is entirely of its own … END_OF_DOCUMENT_TOKEN_TO_BE_REPLACED

Joey Gallo gets the call in Texas We can say two things with absolute certainty about Texas third base prospect Joey Gallo. First of all, he strikes out at an insane rate — 179 Ks last season, 172 in 2013. So far this year, the 21-year-old has whiffed 49 times in 146 plate appearances for Double-A Frisco. Not great. But let's get to the second thing you need to understand: Gallo's power is … END_OF_DOCUMENT_TOKEN_TO_BE_REPLACED 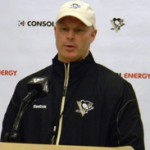 John Hynes hired by NJ Devils, becomes NHL’s youngest coach John Hynes was born on Feb. 10, 1975.  Patrik Elias was born on April 13, 1976. The former will coach the latter next season. Hynes, 40, will be announced at the next head coach of the New Jersey Devils at a Tuesday press conference, as the AHL Wilkes Barre-Scranton coach gets the big promotion from his former boss. He replaces Lou … END_OF_DOCUMENT_TOKEN_TO_BE_REPLACED 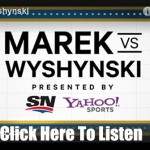 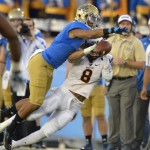 Reports: UCLA DB Priest Willis plans to transfer A UCLA defensive back is reportedly leaving the program. According to Bruin Report Online and the Los Angeles Times, junior cornerback Priest Willis plans to transfer at the end of the academic quarter. The 6-foot-1, 196-pound Willis played in 21 games for the Bruins in his two seasons with the program and made one start last season. Willis … END_OF_DOCUMENT_TOKEN_TO_BE_REPLACED

Kris Letang officially cleared for workouts after suffering concussion Kris Letang has been cleared for workouts, according to the Pittsburgh Penguins. Thanks for the official word guys.  Letang suffered a concussion after Shane Doan hit March 28. Considering Letang’s history with head-related issues his ability to work out again could be considered a bit of a milestone in his recovery from … END_OF_DOCUMENT_TOKEN_TO_BE_REPLACED

Source: Hoiberg has told some he's off to NBA ESPN.com news services 0 Shares Print Fred Hoiberg has informed several Iowa State players and staff members that he is leaving, a source told ESPN.com's Jeff Goodman. Hoiberg is in negotiations with the Chicago Bulls for a five-year contract to become their new head coach and is en route to Chicago to finalize the agreement, … END_OF_DOCUMENT_TOKEN_TO_BE_REPLACED