The Adam Scott-Steve Williams reunion proved a success UNIVERSITY PLACE, Wash. -- Reunion tours typically never live up to the hype. This one did. Adam Scott had been struggling this year. He had fallen from No. 1 in the world as recently as last August to 12th heading into the U.S. Open. The Aussie suffered through a very short-lived experiment with a traditional-length putter only to flee … END_OF_DOCUMENT_TOKEN_TO_BE_REPLACED

Jordan Spieth wins U.S. Open as Dustin Johnson chokes on final green  The Jordan Spieth train keeps a-rolling ... and this time, it ran over Dustin Johnson. The Masters champion wasn't quite as steady at Chambers Bay as he'd been at Augusta, but he was good enough to outlast the field and win the 2015 U.S. Open. Spieth, all of 21 years old, has now won two majors – the first two of 2015 – … END_OF_DOCUMENT_TOKEN_TO_BE_REPLACED

Tony Gwynn Jr. hits walk-off single on Father's Day Tony Gwynn Jr. definitely channeled his dad on Father's Day. The 32-year-old outfielder managed to pick up a walk-off single against Buffalo Bisons. Your browser does not support iframes. Gwynn Jr., a member of the Syracuse Chiefs, stepped to the plate in the bottom of the 10th with the score tied 0-0. With a man on second, Gwynn managed to … END_OF_DOCUMENT_TOKEN_TO_BE_REPLACED

Mariners celebrate Father's Day by having their kids throw out first pitches The Seattle Mariners came up with a pretty awesome way to celebrate Father's Day on Sunday. Instead of doing a normal first pitch, the club chose to let the children of Mariners' players take on the role. Four kids threw out first pitches prior to the game. Hisashi Iwakuma's son, Seth Smith's daughter, Jesus … END_OF_DOCUMENT_TOKEN_TO_BE_REPLACED

Devan Dubnyk has major leverage in negotiations with Minnesota Wild The biggest unrestricted free agent in this market has a big week coming up. Devan Dubnyk is heading to Las Vegas to represent the Minnesota Wild at the NHL Awards on Wednesday, where he is up for the Vezina Trophy and the Masterton Trophy.  Dubnyk is set to hit the open market on July 1, and he has yet to be re-signed by … END_OF_DOCUMENT_TOKEN_TO_BE_REPLACED

Confident Contador wins Route du Sud (Reuters) (Reuters) - Giro winner Alberto Contador slipped nicely into gear ahead of the Tour de France with victory in the four-day Route du Sud on Sunday. The Spaniard, bidding to become the first rider since the late Marco Pantani in 1998 to claim the Giro-Tour de France double in the same year, defended his lead on the final stage to finish 17 … END_OF_DOCUMENT_TOKEN_TO_BE_REPLACED 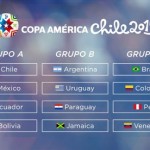