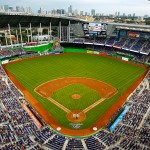 Report: Miami Marlins awarded 2017 MLB All-Star game South Florida is finally getting its chance to host the MLB All-Star game. The Miami Herald is reporting that the decision to play the 2017 All-Star game at Marlins Park will be made official sometime this week: Officials are expected to announce within the week that Miami has been awarded the Midsummer Classic for the first time, … END_OF_DOCUMENT_TOKEN_TO_BE_REPLACED

MLB Network documentary tells story of gay ballplayer Billy Bean Your browser does not support iframes. If you follow baseball, you surely know Billy Beane, the architect of the Oakland Athletics, the guy who Brad Pitt portrayed in the film version of "Moneyball." But the casual baseball fan probably as isn't familiar with the story of Billy Bean — note the spelling difference — which is now … END_OF_DOCUMENT_TOKEN_TO_BE_REPLACED

A-Rod tells Barry Bonds, 'I want to take your record' The 2015 version of Alex Rodriguez is either trolling us all or he's delusional. Heck, maybe it's a mixture of both. A-Rod has already said he believes the New York Yankees' starting third-base job is his to lose (you know, even though the Yanks just paid Chase Headley $50 million). And now, we've learned that A-Rod told Barry Bonds that … END_OF_DOCUMENT_TOKEN_TO_BE_REPLACED 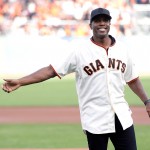 Barry Bonds gets Hall of Fame call in Bay Area Even while the baseball world turned on Barry Bonds, he remained mostly beloved in the Bay Area. So it should come as no surprise that despite the challenges Bonds faces when it comes to getting into Cooperstown, he was a first ballot choice for the Bay Area Sports Hall of Fame. Bonds is one of five inductees in the class of 2015, which also … END_OF_DOCUMENT_TOKEN_TO_BE_REPLACED 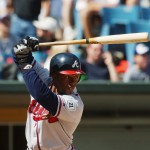 Julio Franco is still playing baseball at age 56 Julio Franco was last seen in the majors in 2007 at the record age of 49. Here we are eight years later and he's still finding places to play baseball. Franco first retired in 2008, but he hit the comeback trail last year when he appeared briefly for the independent league Fort Worth Cats. Now, at 56 years young, he's off to Japan to serve as … END_OF_DOCUMENT_TOKEN_TO_BE_REPLACED