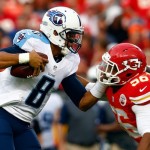 Opening Line: Chiefs -5.5 Over/Under: 43 Time: 1 PM EST Sunday December 18, 2016 on CBS Tennessee Titans (7-6) vs. Kansas City Chiefs (10-3) Both of these teams have something in common, as they are in first place in their respective divisions. The Titans beat the Denver Broncos in their last game and they are now tied with the Houston Texans atop the AFC South. Tennessee has won … END_OF_DOCUMENT_TOKEN_TO_BE_REPLACED 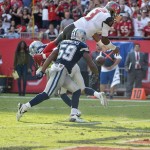 Opening Line: Cowboys -7 Over/Under: 46.5 Time: 8:30 PM EST Sunday December 18, 2016 on NBC Tampa Bay Buccaneers (8-5) vs. Dallas Cowboys (11-2) The Buccaneers have won five in a row and they are tied atop the NFC South with the Atlanta Falcons. The reasons for the Tampa Bay win streak has been their defense, which has given up an average only 12.8 ppg in the five games. That D was … END_OF_DOCUMENT_TOKEN_TO_BE_REPLACED