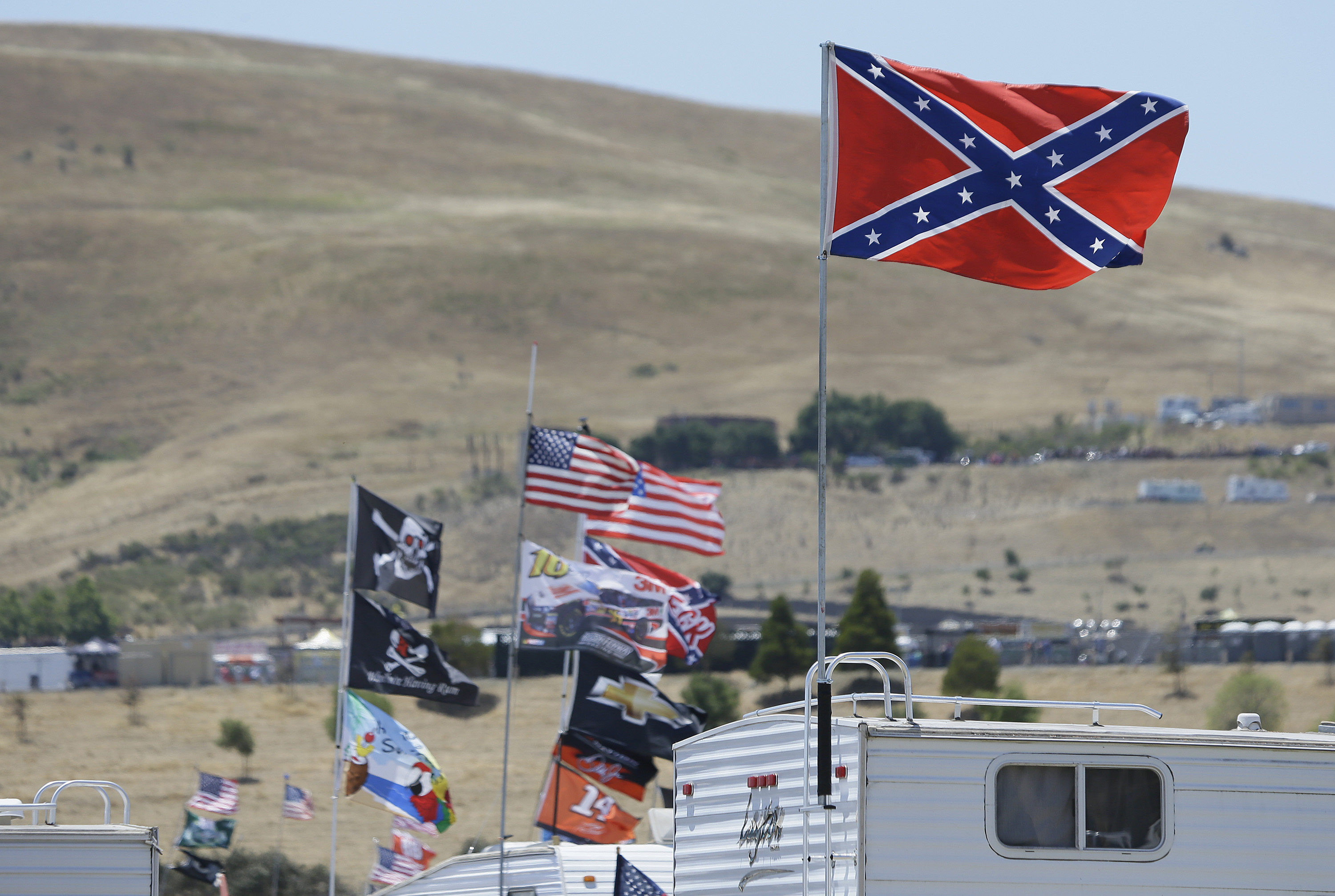 Fans heading to Sunday’s Coke Zero 400 will have the opportunity to get rid of their Confederate flag if they so choose.

According to reports from NBC Sports and the Orlando Sentinel, Daytona International Speedway is hosting a Confederate flag exchange program over the race weekend.

A track spokesperson told NBC that specifics for the program have not been finalized.

“We want to be open and inclusive,” Daytona president Joie Chitwood told the Orlando Sentinel. “We want to celebrate the American flag this weekend. That’s the flag that we should be celebrating. We’re going to have flags available so if fans want to exchange whatever flags they have for an American flag, we want to make sure they wave our nation’s flag. It’s our nation’s birthday. We’re going to have military there. That’s going to be our goal.”

NASCAR chairman Brian France said he doesn’t like the Confederate flag and would like to have it eliminated from his sport’s races. While the sport doesn’t use the flag in any official capacity, it can frequently be seen flown by fans in attendance, especially at races in southern states.

After the shootings in Charleston, South Carolina, NASCAR said it supported the moves to take the Confederate flag down from the South Carolina Capitol grounds. However, it didn’t go so far as to ban the flag from races. While a ban could ultimately be possible in the future, no ban of the flag is in place for the weekend at Daytona.

Since NASCAR is a private entity, the banning of the flag is not a free speech issue.

Exchanges of controversial items aren’t new in the sports world, though it’s certainly fascinating to see one involving a flag that was around long before NASCAR was conceptualized. After the New England Patriots dissolved ties with tight end Aaron Hernandez, currently serving a life sentence in prison for murder, the team held a jersey exchange. Fans who had a Hernandez jersey were given the opportunity to trade in the jersey for another Patriots player.

Just like with the Hernandez exchange, there will be fans at Daytona with Confederate flags who refuse to participate for any number of reasons. And those reasons include defiance. While NASCAR and track officials won’t be confiscating flags from anyone on track property over the weekend, given the recent comments and gestures, anyone who chooses to display the flag will be doing so knowing that they’re not in NASCAR’s favor.