You are here: Home / Basketball / Report: Dario Saric to stay in Turkey, won’t play for 76ers this season

Report: Dario Saric to stay in Turkey, won’t play for 76ers this season 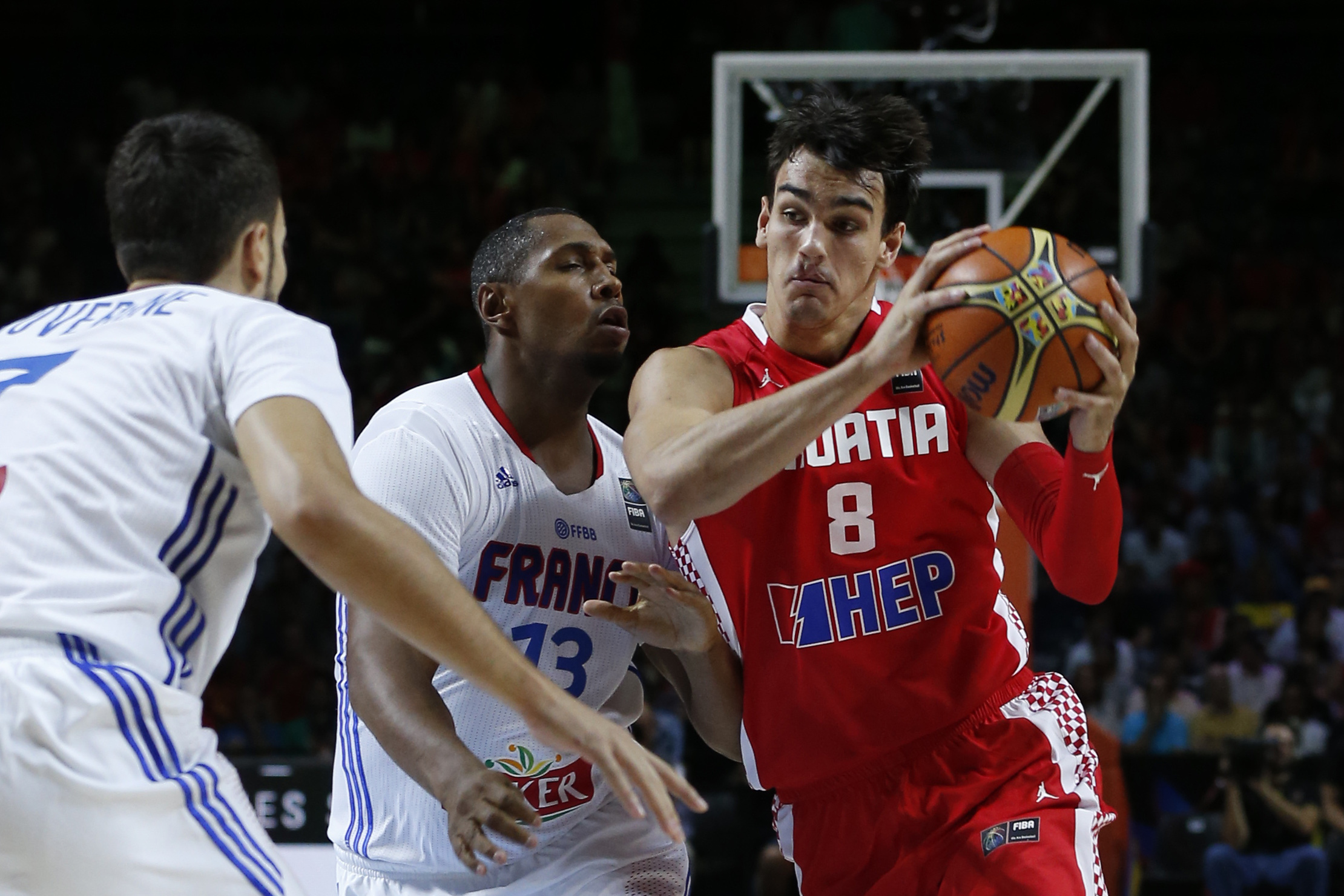 As the Philadelphia 76ers prepare to make the third overall selection in this Thursday’s 2015 NBA draft, they’ll do so knowing that Croatian forward Dario Saric — the No. 12 pick in the 2014 draft, whom the Sixers snagged from the Orlando Magic along with a pair of future picks in exchange for No. 10 choice Elfrid Payton — won’t be coming across the pond to join Brett Brown, Nerlens Noel and the rest of the rebuilding and delightfully rebranding band.

Saric is under a three-year contract with Turkish powerhouse Anadolu Efes. The Sixers reportedly have attempted to negotiate a buyout over the past month, but Saric’s buyout is too expensive to make the move practical, according to sources.

The Sixers drafted Saric knowing this might be the case. Saric agreed to the deal with Efes just three days before the draft last year.

The deal with Efes caused Saric’s stock to fall a little — he was projected as a top-10 pick before the draft.

This isn’t exactly stunning; in fact, this is what was expected after Saric signed his three-year deal with the Turkish club. Still, given post-draft and in-season chatter that Saric might look for opportunities to make the leap earlier, and recent reports that the Sixers were attempting to engage Saric and Efes in buyout talks, it’s notable that the 21-year-old playmaker — who averaged 9.9 points, 6.4 rebounds and 2.3 assists in 24.2 minutes per game for Efes during Euroleague play, shooting 48.6 percent from the floor and 30.6 percent from 3-point range — now plans to stay put in Turkey for the 2015-16 season.

While this is an outcome that 76ers general manager Sam Hinkie very well might have anticipated prior to swinging his deal for Saric last June, and while it might not necessarily impact the ETA of the next competitive iteration of the Sixers as they continue to progress through their started-from-the-bottom-now-we’re-still-at-the-bottom rebuild, it could cause some financial complications for Philly down the line, as detailed recently by Shamus Clancy of Liberty Ballers:

[…] if Saric were to stay another year in Turkey and explore his options in 2016, he’d be better off waiting another year and making the jump to the NBA in 2017.

The reasoning that 2017 is more likely of a target date for Saric to be in Philly than 2016 is that it would then be three years since Saric was drafted, freeing him from the rookie-scale contract he’d otherwise be bound to. This is what led [Chicago] Bulls rookie Nikola Mirotic to wait until the 2014-15 season to come stateside after being selected with the 23rd pick in the 2011 draft. Mirotic went from making a maximum of $1,204,560 if he were to have come over in 2013 to $5,305,000 this season in the first year of a three-year deal worth up to $16,600,000.

Saric’s contract in 2017 would likely be more than that when taking into consideration the expected changes in the cap between 2014 and 2017, as well as the Sixers’ likelihood of having cap space when the 2017 offseason comes around.

It seems unlikely that the Sixers would find themselves in so dire a financial situation that making up the difference between Saric’s existing rookie deal and whatever his post-rookie-scale contract might look like would become prohibitively painful. As it stands, Philly’s got just $20.4 million in prospective salary on the books for the 2016-17 campaign, according to Basketball Insiders, and as we’ve discussed before, the salary cap’s set to skyrocket next summer thanks to the injection of cash frm the league’s mammoth new $24 billion broadcast rights deal. Sure, teams never like paying more money than they have to for players, but we’re guessing the Sixers will be able to afford a slightly higher price tag for the Croatian import.

Even if they expected this to happen all along, in keeping with their rare and frequently debated horizon-hawking long view, you’d expect that Sixers brass would at some point like to get a look at what the building blocks of Philadelphia’s future actually look like in context. Even if you see Hinkie’s seemingly ceaseless roster churn as a necessary precursor to finding legitimate anchors, it would be nice to see those whom Hinkie and company have already identified as foundational pieces share the floor.

Noel, the 76ers’ 2013 lottery pick, came on strong in the second half of his rookie season, looking like the honest-to-goodness defensive game-changer many expected him to be coming out of Kentucky. But with 2014 lottery choice Joel Embiid reportedly suffering another setback in the healing of his right foot and Saric now potentially out of the mix until 2017, you’d forgive Philly fans — even those who “trust the process,” per Hinkie’s pleas — for wondering when that bright shining future led by a frontcourt of long-armed, athletic, multifaceted talents will finally get to enter the present tense.