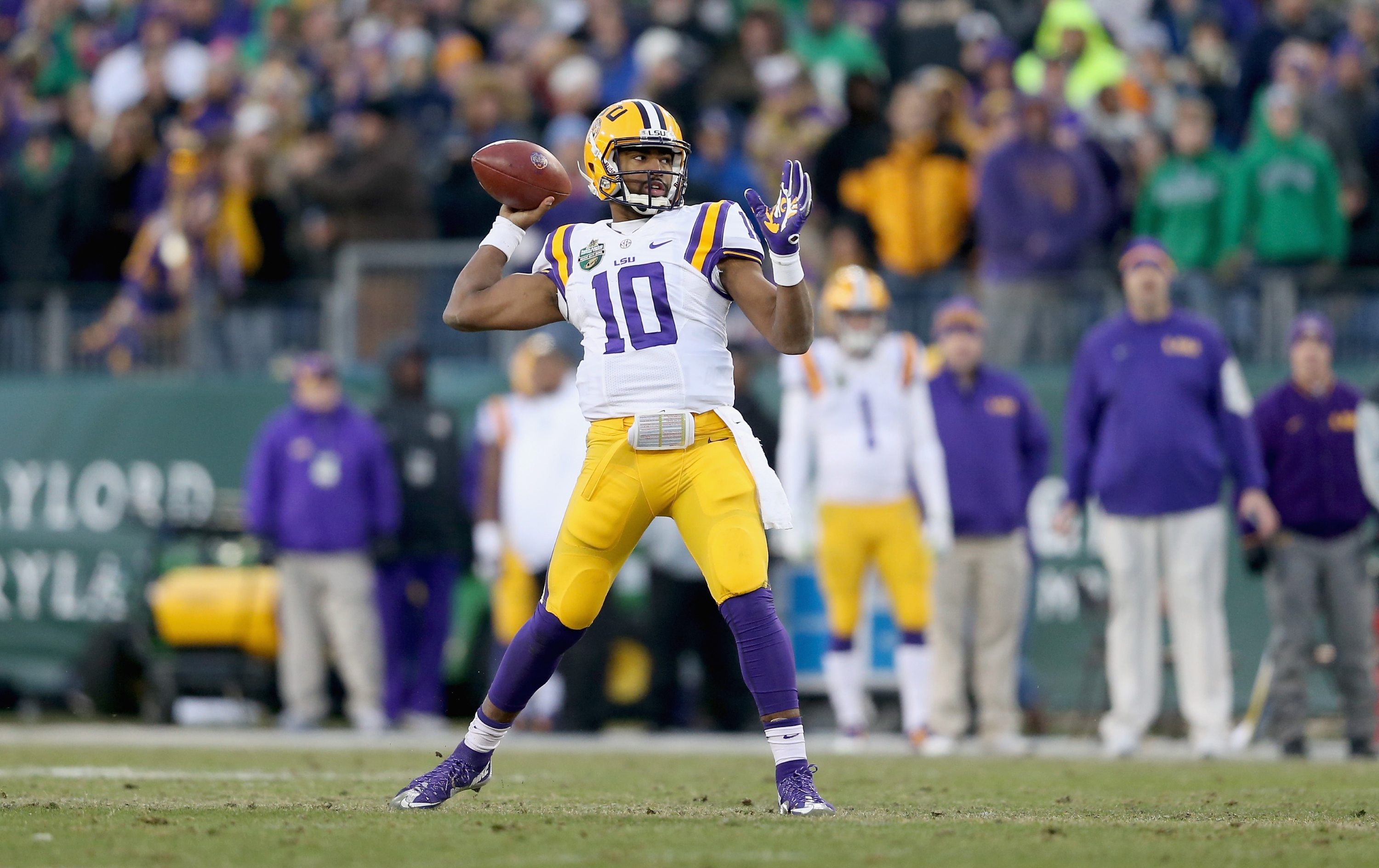 It turns out Trey Lealaimatafao wasn’t the only LSU football player arrested on Thursday.

According to the Advocate, three other Tigers – quarterback Anthony Jennings, defensive lineman Maquedius Bain and defensive back Dwayne Thomas – were arrested by campus police and were booked at East Baton Rouge Parish prison Thursday evening.

Jennings, Thomas and Bain’s arrests stem from an event Sunday. The three players, including at least three more black males, entered a West Campus Apartment, a police report says. They did so with the presumed intent to retrieve items that were allegedly stolen from Jennings’ apartment on June 10 – a MacBook Air, three pairs of shoes and a PlayStation 4.

The six or seven males were able to enter the bedroom of one of the residents, completely damaging the door frame and locks, the police report says. The other resident – the victim’s roommate – was there at the time. He identified Thomas as leaving the victim’s room with boxes of shoes and a Sony PlayStation. The laptop had been returned to Jennings earlier in the week, the police report says.

The roommate identified Thomas on Wednesday as the person who left the victim’s room with shoe boxes and the PlayStation. The roommate said he observed Thomas hitting his roommate’s door with his shoulder in an attempt to break in.

Lealaimatafao, a redshirt freshman defensive tackle, was arrested for battery and robbery.

It is unknown if the two incidents are related.

All four players have been suspended indefinitely.

Statement from #LSU football coach Les Miles, how has met with all players about incident. pic.twitter.com/BjfMrZXpHz

Jennings was the Tigers’ starting quarterback last year as a junior and threw for 1,611 yards, 11 touchdowns and seven interceptions. He and Brandon Harris are expected to compete for the starting role in 2015.

Thomas, a junior, started five games at corner last season and had 24 tackles and an interception before going down with a knee injury that ended his season. Bain, a reserve, had six total tackles in 10 games.