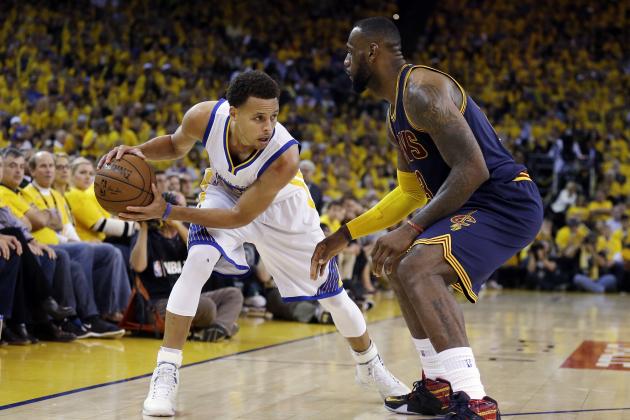 After jumping out to an improbable 2-1 series lead, the Cleveland Cavaliers roll into Game 6 of the NBA Finals with their championship hopes on life support.

The Golden State Warriors completed their full 180-degree turn on Sunday night, winning Game 5 104-91 thanks to a 31-point fourth quarter, fully ensuring their 2-1 series hole became a trinket of the distant past.

Can James and the shorthanded Cavaliers squeak out a victory on their own turf in Game 6 to force a Game 7? Or will the Warriors, now that they’re off and running, erase the one-win gap that separates them from an NBA title?

Can the Cavs Give LeBron Some Help? 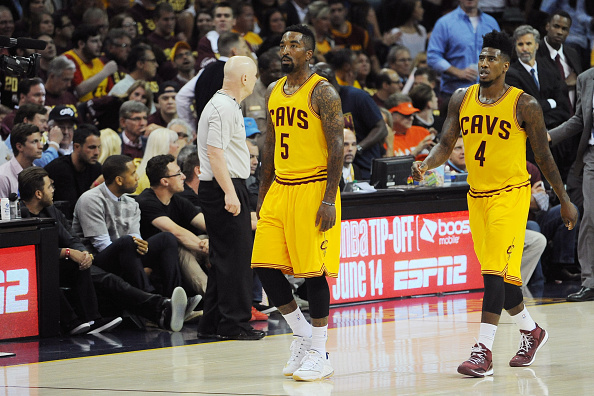 James has done everything he can to get the Cavaliers here, five games deep into a best-of-seven series they, on paper, have no business winning.

The series score no longer reflects his effort. More specifically, a double-digit loss in Game 5 didn’t even come close to doing his individual performance justice, per SI.com’s Ben Golliver:

That historically significant line came with absolutely no help elsewhere.

It’s a wonder the Cavaliers kept things close for most of the game at all. James’ second-best teammate has changed regularly, switching from Matthew Dallevedova to Timofey Mozgov to Thompson. If this series is to see a Game 7, he’ll need more consistent help from more than one player.

Are the Warriors Done Messing Around? 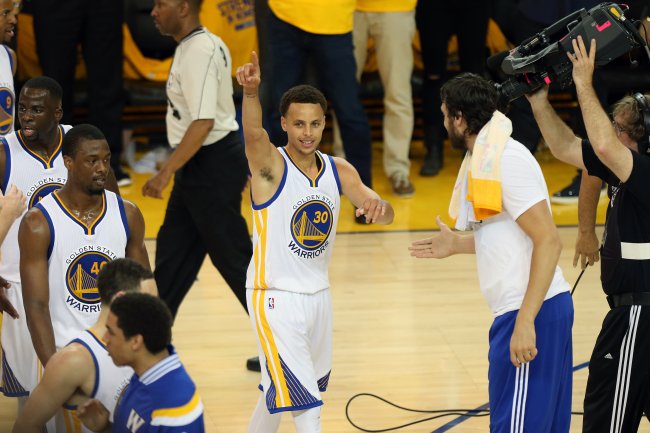 Just days ago, the Warriors entered Game 4 facing the prospect of falling into an insurmountable 3-1 hole. Now, two wins later, they’re one victory from away from snagging the franchise’s first championship since 1975.

Those victories have come by a combined 34 points, no small feat considering the first three games of this series were determined by 15 total points.

Instead of fighting through nail-biters, the Warriors have seized control. They’re dictating the pace of play and lineup styles. They’re drilling threes with unmatchable efficiency (24-of-56 through Games 4 and 5).

They’re outscoring the Cavaliers by an average of 17 points per 100 possessions.

Put simply: The Warriors are back to playing on a different level than their opponent. And if this keeps up, the Cavaliers won’t stand a chance. They’ll lose Game 6 of a series they’ll have technically lost in Game 4, when the Warriors officially came alive.

Obvious Adjustments Each Team Must Make 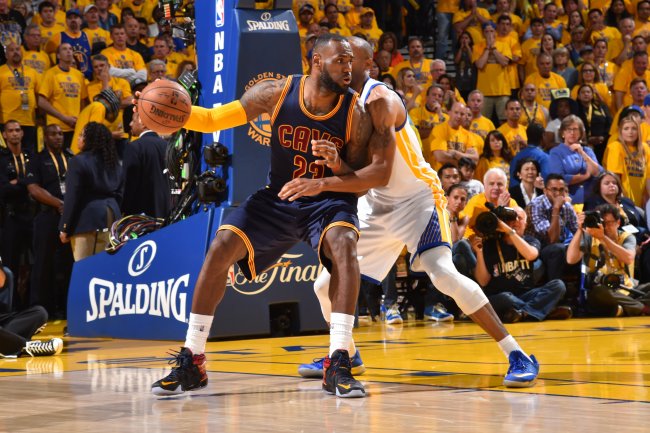 It’s easy to assume this adjustment failed spectacularly when looking at the final score. But Blatt himself wasn’t so down on his decision afterward.

“I thought (going small) was our best chance to win the game, and we were definitely in the game with a chance to win,” he said, per NBC Sports’ Kurt Helin. “So that’s the way we played it.”

Playing big—with Mozgov and Thompson manning power forward and center—is a recipe to repeat the 21-point blowout from Game 4. Countering the Warriors’ small-ball lineups with equally pocket-sized combinations at least gives the Cavaliers a fighting chance.

This, however, doesn’t refer to trotting out one-in, four-out combinations that feature James at power forward. That will be part of it, sure. But the Cavaliers were most successful when they stole a page from Golden State’s innovative book and threw James at center.

Three of Blatt‘s five-man combinations saw James play the 5 spot while being surrounded by some combination of Dellavedova, James Jones, Mike Miller, Iman Shumpert and J.R. Smith. And in that time—three minutes total—the Cavaliers outscored the Warriors by seven points…in a game they lost by 13.

Small sample sizes can be misleading, but the Finals itself is a small sample size. Facing elimination, the Cavaliers need to roll with what has worked. And, in Game 5, running James at center worked. 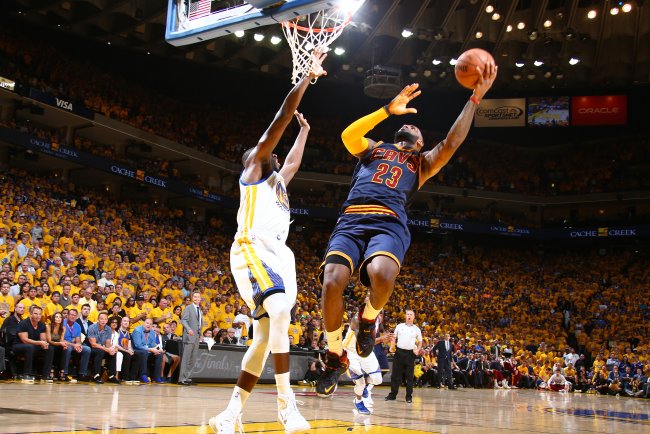 There’s not much to gripe about when it comes to the Warriors’ stingy defense. They’re allowing Cleveland to score just 93.5 points per 100 possessions, the equivalent of a bottom-two offense during the regular season.

Thirty-seven of the Cavaliers’ field-goal attempts went uncontested in Game 5, though. They made just 14 (37.8 percent) and haven’t shot particularly well on wide-open looks all series, but that’s an uncomfortably high number of unimpeded opportunities.

Had a couple more of those shots found nylon, the Warriors wouldn’t have pulled away in the fourth quarter. They might have even lost.

Game 4 saw them allow 29 uncontested field-goal attempts, a more friendly number by far, and one that doesn’t leave them as reliant on the Cavaliers missing shots they could inevitably start to make. 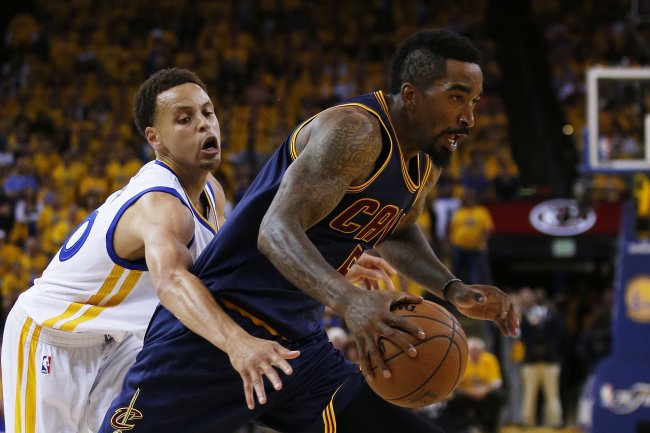 At one point in Game 5, it looked like Smith was about to bust out of his shooting rut. He opened his night with two consecutive threes and finished the first quarter with eight points and two blocks—numbers not even a boneheaded flagrant foul could overshadow.

But then the other version of Smith showed up the for the second, third and fourth quarters. He shot 2-of-8 the rest of way, a trademark Jekyll-and-Hyde act that CBS Sports’ Matt Moore put into proper perspective:

J.R. Smith was a plus-8 at one point. He finished minus-6 as the continues to become the Dante of plus-minus hell.

Smith needs to break out of his slump in Game 6. For real this time. Cleveland’s offense is far more dangerous when he’s knocking down shots in rhythm.

Besides, while it’s not ideal, Smith is the closest thing to a No. 2 offensive option the Cavaliers have. With Kyrie Irving and Kevin Love on the shelf, he’s the next-most established scorer behind James, making him the running-mate most qualified to lend a much-needed helping hand.

Indeed, it’s a scary time when an NBA Finals-fighting outfit needs Smith to play like a No. 2. But if he can return to his Eastern Conference Finals roots (18 points, 50 percent shooting), the Cavaliers will finally have the additional firepower they need to better hang with Golden State’s surging offense. 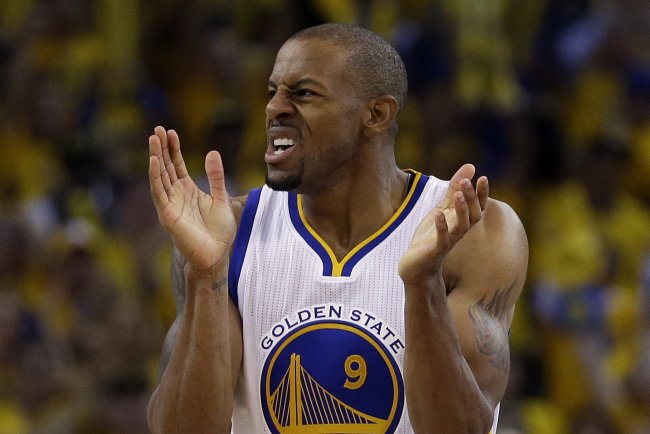 Iguodala is not here solely because his free-throw shooting could be the difference between a win and a loss. Rather, it’s because he, a fourth, sometimes fifth banana in status, has consistently been the Warriors’ best or second-best player all series.

Poor showing at the foul line aside in Game 5 (2-of-11), Iguodala tallied 14 points, eight rebounds and six assists. He has been instrumental in allowing the Warriors to run super small, serving as both a secondary playmaker and defender of everyone.

Entering Game 5, Cavaliers players were shooting just 32.6 percent when being defended by Iguodala, despite most of his defensive sets coming opposite James. Draymond Green receives the most credit for playing bigger than he actually is, but Iguodala’s 6’6″ frame is effectively standing up against Cleveland’s frontcourt.

“He does everything for us,” Warriors coach Steve Kerr said, per NBA TV. “He’s our best defender on LeBron and an incredible decision-maker.”

Iguodala’s defensive execution always figured to be a deciding factor in this series. But when he’s contributing elsewhere—as in everywhere—the Warriors field an X-factor the Cavaliers have no hope of rivaling. 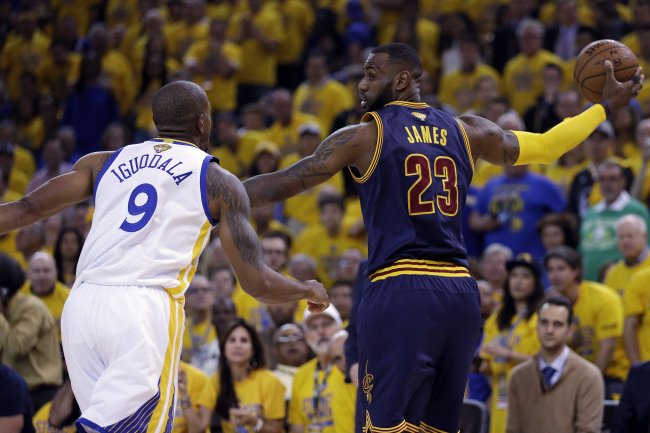 The matchup between James and Iguodala has been the one to watch since Game 1, and that’s not about to change. James’ averages of 36.6 points and 8.8 assists for the series suggest that he’s getting the better of Iguodala, but as Bleacher Report’s Kelly Scaletta quipped, there’s another way of looking at it:

No one gets the best of James. He’s the world’s greatest player, and if an unfathomable workload—39.8 percent usage rate—cannot stop him from producing, nothing and no one can.

To say the winner of this individual matchup will go a long way in determining the outcome of Game 6 would be the understatement of the postseason. 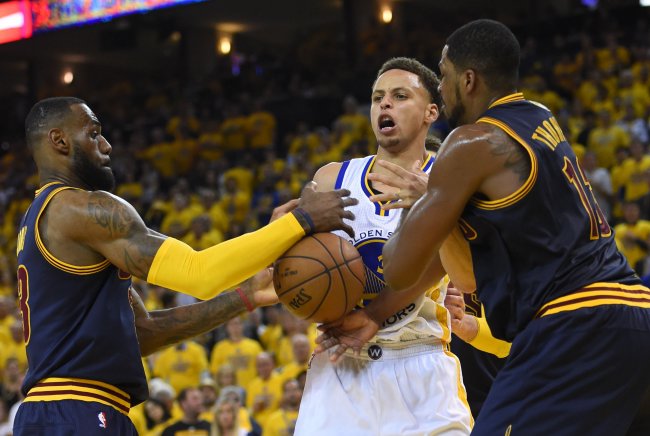 The Cavaliers admittedly don’t have a lot going for them right now.

Injuries and a puddle-deep rotation continue to shape the narrative surrounding each performance, and they’ve yet to score more than 100 points through five tilts. James isn’t getting the required help on offense, and the Warriors are forcing them to play a smaller and faster brand of basketball with which they’re not entirely familiar.

Even the Cavaliers’ advantage on the glass dissipated in Game 5. They were a minus-six in the rebounding department, in no small part because Blatt‘s small-ball lineups chained Mozgov to the bench.

Which team will win Game 6?

Which team will win Game 6?

Now, as they travel back to Cleveland having lost two straight games by double digits, the Cavaliers boast no momentum. They have James, and they have the fact they’ve beaten this Warriors squad twice. That’s it.

And that’s not enough.

Much like they did after falling down 2-1 against the Memphis Grizzlies in Round 2, the Warriors have hit their stride. The offense isn’t regular-season pretty by any means, but Kerr continues to make the necessary lineup tweaks to best exploit Cleveland’s lack of range and personnel.

For a brief three games, it looked as if the Cavaliers, despite prevailing logic, had a chance to pull off the upset.

Two contests later, it appears all they did was stave off the inevitable for a little while longer.

Stats courtesy of Basketball-Reference.com and NBA.com unless otherwise cited.