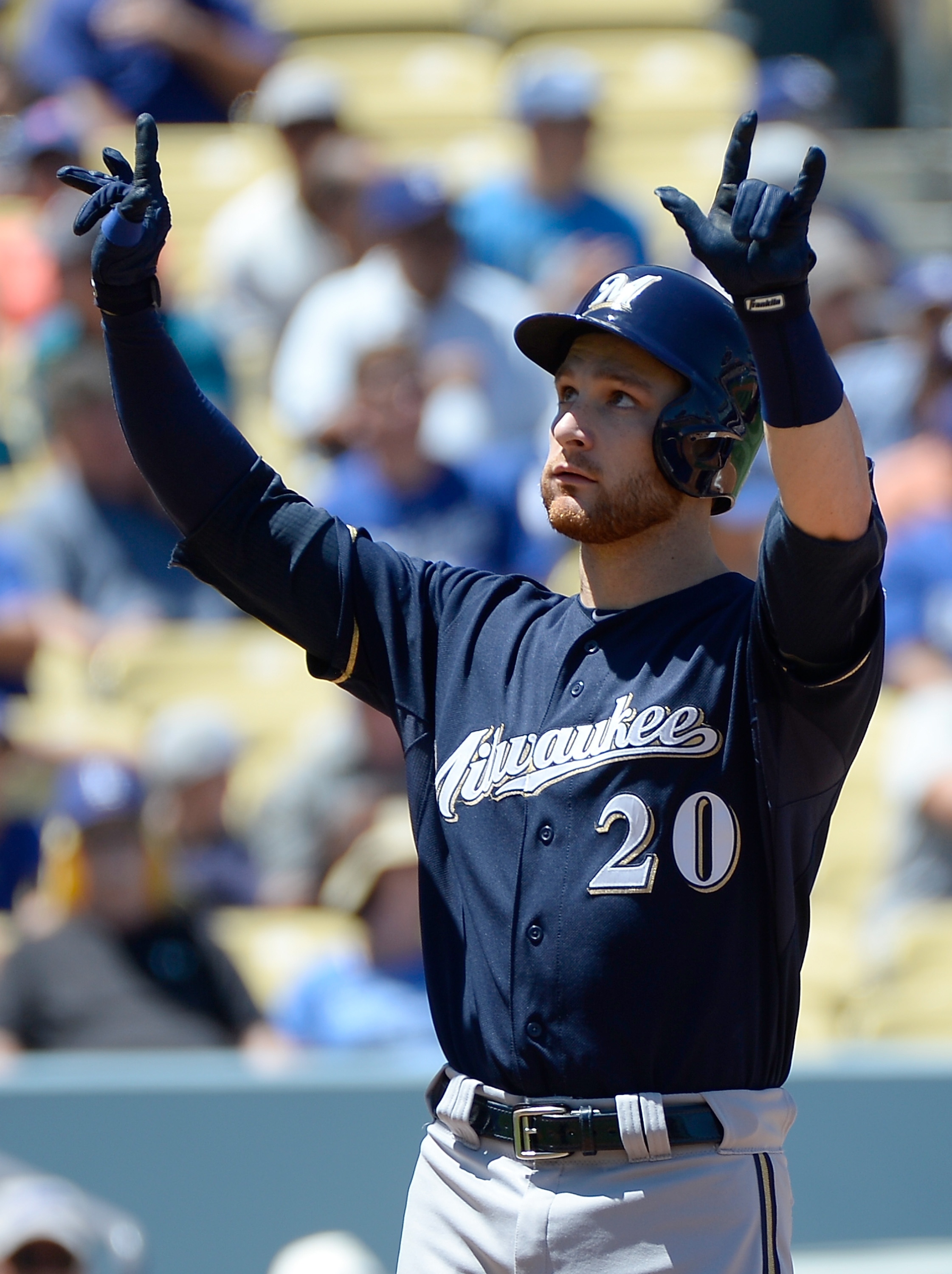 Milwaukee Brewers catcher Jonathan Lucroy, fresh off a 2014 breakout season in which he finished fourth in NL MVP voting, is already off to a bad start in 2015.

Lucroy will miss 4-6 weeks because of a “mild” right hamstring strain. He’ll miss a chunk spring training, but the Brewers are hopeful he’ll be ready for opening day. Lucroy told Tom Haudricourt of the Milwaukee Journal Sentinel that he had hamstring issues toward the end of last season and played through it. He didn’t expect there would be a problem anymore, since he’d gone through physical therapy, but when he began more intense running drills recently, the injury returned.

More from the Journal Sentinel:

While saying, “We can’t pretend this is good news,” Ash said the team is hopeful that Lucroy will be ready to play when the regular season begins on April 6. “This (strain) is at the top end where (the hamstring) attaches to the hip,” said Ash. “Both doctors suggested a PRP injection (enriched blood platelets) would help the healing process, so he got that (Tuesday) as well.

“How exactly he did it, I can’t tell you. In his end-of-season physical last season he noted that he had some concern in that area but it wasn’t at that point concerning enough. Just be aware of it. In early November, he called and said it’s giving him a little more trouble. The medical staff here arranged physical therapy for him. When he came to the ‘On Deck’ event he saw Dr. Raasch on the morning of Feb. 1 and that examination was fine. There were no issues at that point. A week later, he had this concern. I can’t tell you what happened or how he did it or what was involved. But that was the chain of events.”

The Brewers don’t plan to shut down Lucroy completely. He can hit and throw during spring workouts, he just can’t run. The team will need him at full health as quickly as possible, since they’re facing a tough road in the NL Central this year. The Brewers were a surprise contender in 2014 — thanks in big part to Lucroy, who had an .837 OPS with 13 homers and 69 RBIs — but they collapsed down the stretch and didn’t make the playoffs.

The Chicago Cubs have retooled and look like a bigger threat in the division, while both the St. Louis Cardinals and Pittsburgh Pirates are hopeful to return to the playoffs again. The Brewers, simply, can’t afford too slow of a start or else they could get buried.

On the bright side for Lucroy, he might have more time to spend with his buddy Hank the Ballpark Pup during spring training. Lucroy was one of Hank’s biggest fans when the team adopted him last spring, and that seemed to work out well for both the Brewers and Lucroy.