You are here: Home / Basketball / Kyle Korver has a 20-point checklist for his jump shot

Kyle Korver has a 20-point checklist for his jump shot 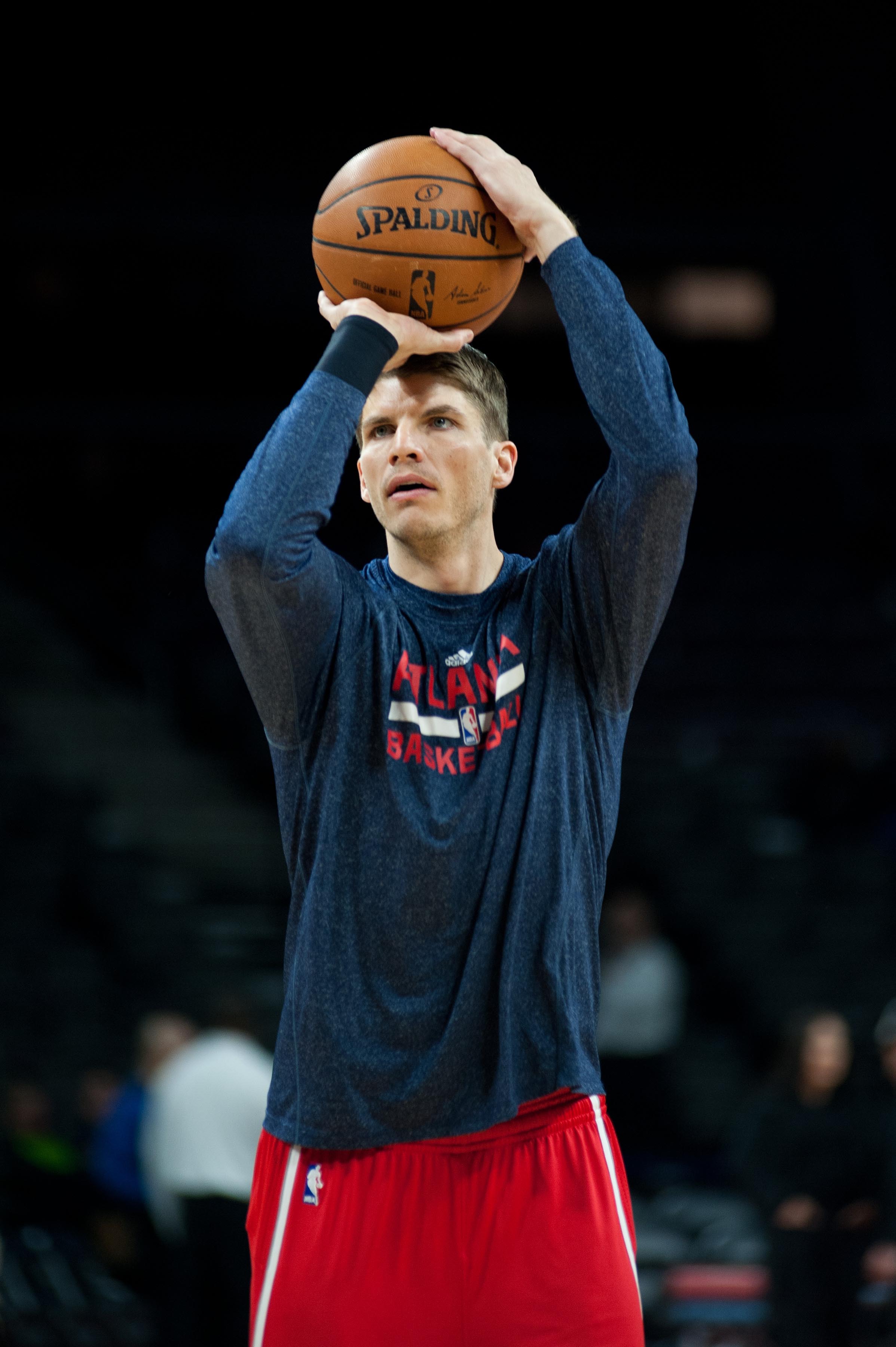 Atlanta Hawks wing Kyle Korver is one of the best shooters the NBA has ever seen, someone so good at his elite skill that the term “role player” seems wholly inadequate as a description of what he does to help his team. Korver’s excellence has reached a new level this season with the East-best Hawks — he’s in line for the first season of 50 percent shooting from the field, 50 percent shooting from beyond the arc, and 90 percent shooting from the free-throw line while playing at least half his team’s games in league history. He was arguably the biggest snub of all Eastern Conference non-All-Stars, which is not an outcome many would have predicted before the start of the 2014-15 campaign.

Korver’s shooting talent is a product of many things — from natural talent to practice to various things probably only understood by the world’s best. It turns out that attention to detail also explains it, because two years ago Korver began developing a 20-point checklist to make sure his shot is right. From Jeff Zillgitt for USA Today (via PBT):

“I started breaking down every single little detail of this simple stroke and tried to make it perfect. Get one perfect stroke and try to do it again. And just got lost in trying to perfect the stroke,” he said. “I focused on one detail and after 100 strokes, that didn’t feel like a detail anymore. That felt natural.

“That exercise of finding that stroke was revolutionary to me in shooting. You take the same concept of the stroke and do it with your shot.” […]

Korver has a 20-point checklist that helps him determine how sound his shot is. “It’s things I’ve identified that are keys to my shot,” Korver said. […]

“I’m not going to check every single one of them every time,” Korver said. “There’s a certain point, a certain feel I’m trying to get to every day. Some things, you do more naturally. Some things, I have to think about them. As I’m shooting, I have this list in the back of my head, and I know I’m not doing one or two of them. Once I feel I get all 20 of them clicking, then I’m going to have natural rhythm in my shot.”

Zillgitt reproduces the full list in his article, and we’ll leave it to check it out. If you just want a sense of the level of specificity, though, then just know that it covers everything from “exaggerated legs” (the first point) to “engage core” (third) to “see the top of the rim” (12th). Korver is clearly focused on what works for him, not everyone, and has identified several points that would like involuntary mechanisms of the process. It’s an intellectual exercise as much as a physical one.

Again, this isn’t a list to be reproduced — it’s so specific to Korver that he might be the only one who understands how each of the points works in relation to the 19 others. NBA teams and players are often protective of competitive advantages, but what Korver has discovered is something far more complicated.

What the list does prove, though, is that succeeding at the highest level of basketball requires microscopic attention to detail even when there doesn’t seem to be any glaring need to reform something as basic as a shooting stroke. Korver has been among one of the best shooters in the NBA since he became a pro. The drive to improve despite it all is likely why he’s still getting better at 33 years old.