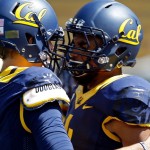 Betting Odds Point Spread: California -20 Total Line: 63 The Golden Bears will head to Sydney Australia to take on the to take on the Rainbow Warriors in this first game of the college football season Friday night August 28, 2016. The Rainbow Warriors were a poor 3-10 last season and are heading into this new season under the tulage of new head coach Nick RolovichLast year Hawaii had a … END_OF_DOCUMENT_TOKEN_TO_BE_REPLACED