You are here: Home / Basketball / Colangelo: Other hoops nations need to step up

Colangelo: Other hoops nations need to step up 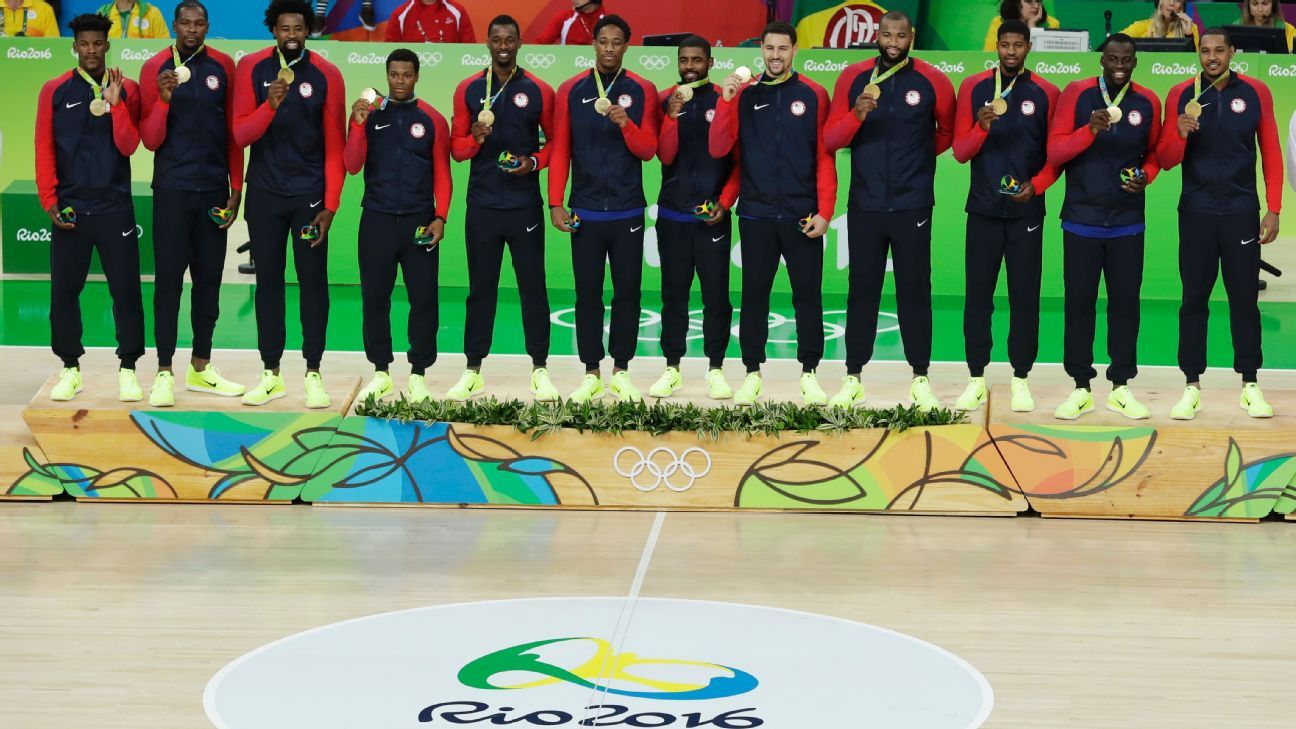 Speaking after the U.S. men’s basketball team won a third straight gold medal with a rout of Serbia, USA Basketball chairman Jerry Colangelo said other countries need to find a way to be more competitive.

“I’m all for raising the bar for global basketball,” Colangelo said Sunday, according to USA Today Sports. “The more interest in basketball on all levels, I’m for. I’m a lifer in the game. I love the game. Basketball is the No. 2 sport in the world, [but] we just need to see these other countries get their acts together and become more competitive.”

The Americans went undefeated throughout the Olympic tournament, but several games were closer than expected, including a six-point win over Spain in the semifinals and three-point victories over France and Serbia in pool play.

There was no such trouble against Serbia in Sunday’s final, as Kevin Durant led the United States with 30 points during a 96-66 win.

“I’m not going to be making excuses for anyone about our [dominance],” Colangelo said. “Someone said to me [after the game], one of the officials said to me, ‘You know next time you play, you ought to play with four.’ And I said, ‘No, maybe the other teams better get their act together and compete.'”

Since Colangelo took over Team USA in 2005, the Americans have won seven FIBA titles, including gold at the 2008 Beijing Olympics and 2012 London Olympics and the 2014 FIBA Basketball World Cup.

The U.S. team will now begin a period of transition, as three-time gold medalist Carmelo Anthony retires from international play and Mike Krzyzewski steps down as coach after 76 straight international wins.

But on Sunday, Colangelo seemed more concerned with the competition catching up to the Americans.

“Some of the programs are going up, some are going down, but the healthiest thing for the game of basketball is to have competition around the world that makes it even more intriguing,” he said. “But we’re just going to continue to do everything that we do to stay on top.”