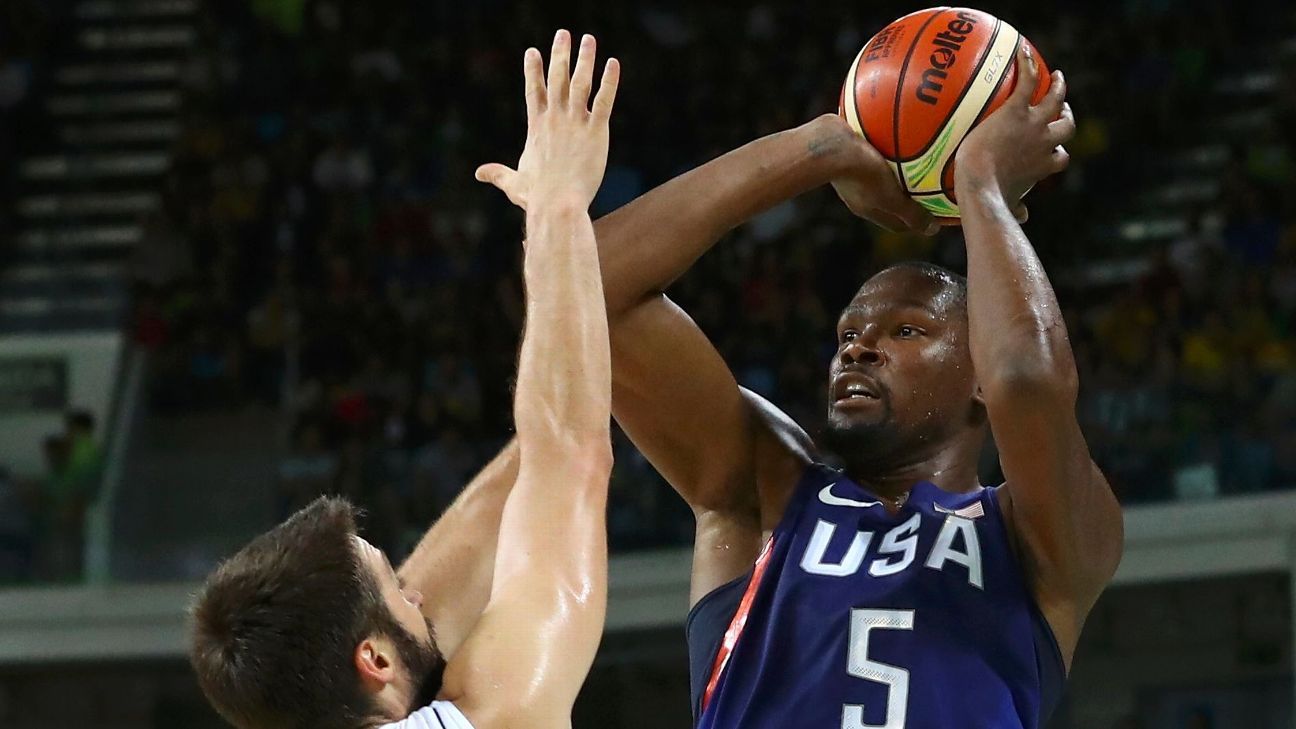 After a few close calls earlier in the tournament, this was no contest. Kevin Durant scored 30 points and helped the Americans jump out to a huge lead by halftime.

It was the final game with the national team for Mike Krzyzewski, who took the Americans back to the top and leaves with them there after becoming the first coach to win three Olympic gold medals.

Carmelo Anthony also picked up his third gold to go with a bronze, becoming the most decorated male in Olympic basketball history.

Serbia lost a tight 94-91 match against the U.S. during pool play but was barely in Sunday’s game after another close first quarter.