The last time an American man took the gold medal in the 1500-meter, Teddy Roosevelt was in the White House, Henry Ford was gearing up to produce the first Model T and the Chicago Cubs were about to win the World Series. That American, Mel Sheppard, won the race with a time of 4:05.

On Sunday in Rio de Janeiro, Matthew Centrowitz Jr. became the first American runner to take gold in the 1500 since Sheppard, winning the race with a time of 3:50.

Centrowitz got out to an early lead and led the field for the first two laps, before having to see off a late surge from Kenya’s Asbel Kiprop and eventual silver medalist, Taoufik Makhloufi of Algeria in the final lap of the race. 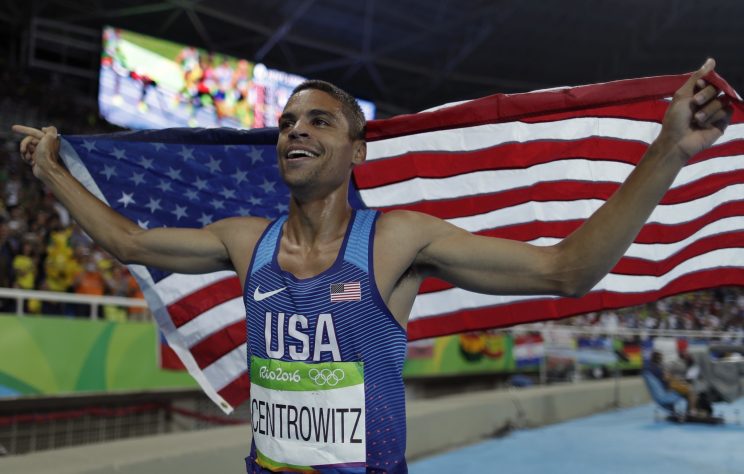 The son of two-time Olympian, Matt Centrowitz Sr., the younger Centrowitz qualified for this summer’s Games by running the fastest 1500 in the history of the U.S. Olympic Trials. His winning time however, 3:50 flat, was the slowest winning time in decades.