You are here: Home / Football / Greg Cosell's QB Study: What Jimmy Garoppolo has to clean up

Greg Cosell's QB Study: What Jimmy Garoppolo has to clean up

Jimmy Garoppolo played better in his second preseason game this year than he did in the opener, but there are still things the New England Patriots quarterback needs to clean up.

Quarterbacks in the NFL make their money on third down and in the red zone. You can’t make critical mistakes there. Garoppolo has made a few mistakes in those situations, and I’m sure the coaching staff is trying to correct that before the regular season.

He made a couple bad reads in Thursday night’s game that could have been interceptions. On the first one, the Chicago Bears had a single-high safety on the same hash mark as Chris Hogan. Garoppolo still tried throwing to Hogan in the end zone, when that was clearly not the throw to make. It was almost picked off.

On Garoppolo’s last pass of the game, the Patriots went in an empty set (the only time they had an empty backfield all game with Garoppolo, something New England routinely uses with Tom Brady). James White was split wide to the right with a slant/flat combination route, a basic route concept. White ran the slant, but Garoppolo apparently never saw the stacked inside linebacker on his side of the field. Garoppolo threw it with great confidence, like the linebacker wasn’t there — either he never saw him or didn’t think he was a threat on the play — and the pass went right through the linebacker’s hands. It should have been picked off. That came on third down in the red zone, when you can’t afford to make mistakes like that. 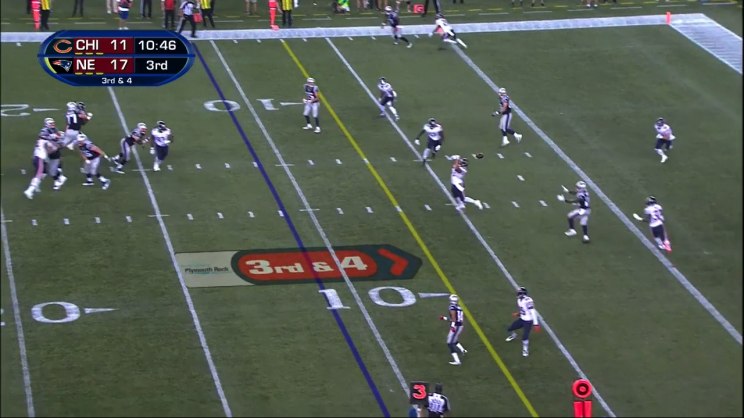 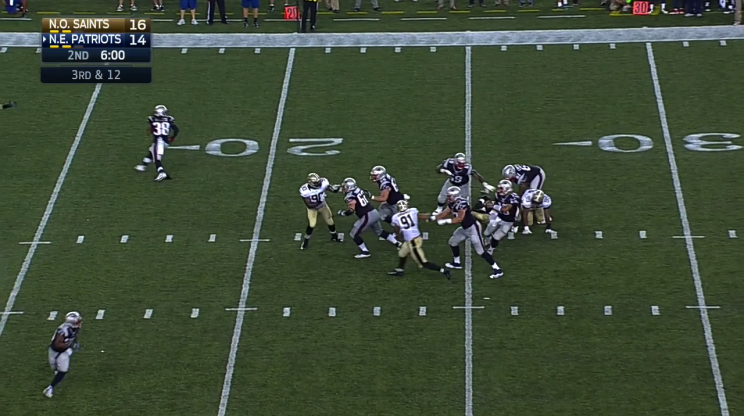 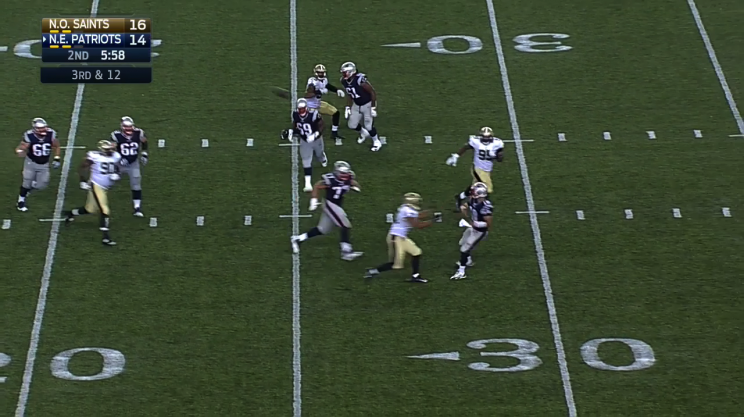 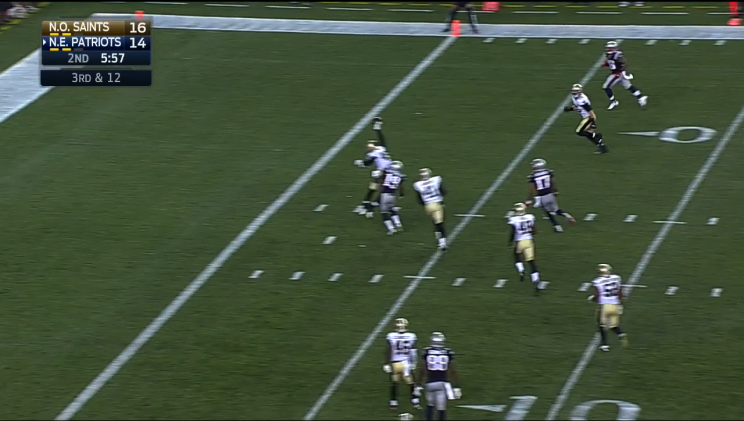 There have also been good plays from Garoppolo this preseason. He played better this week. I thought in the preseason opener he did not consistently distribute the ball with timing and efficiency. He didn’t process or trust what he saw. He was better in that regard in his second game, though you’d still like to see him processing things quicker. That will help with his timing and efficiency.

Here’s a good example of Garoppolo being patient in the pocket. Late in the second quarter, he hit Hogan for 20 yards on an intermediate crosser. It’s the kind of late-in-the-down throw you like to see. He waited for it to develop. 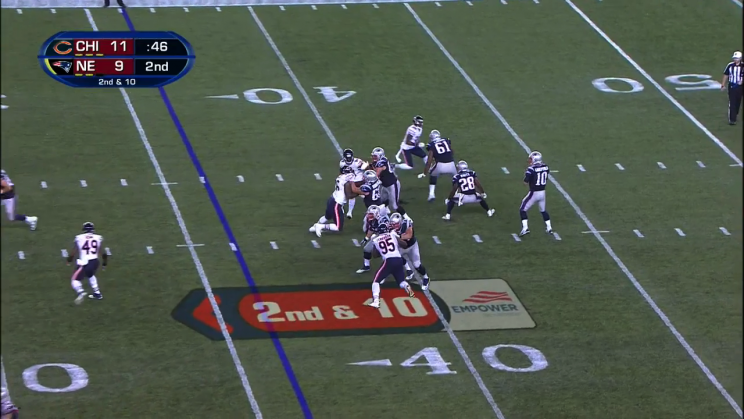 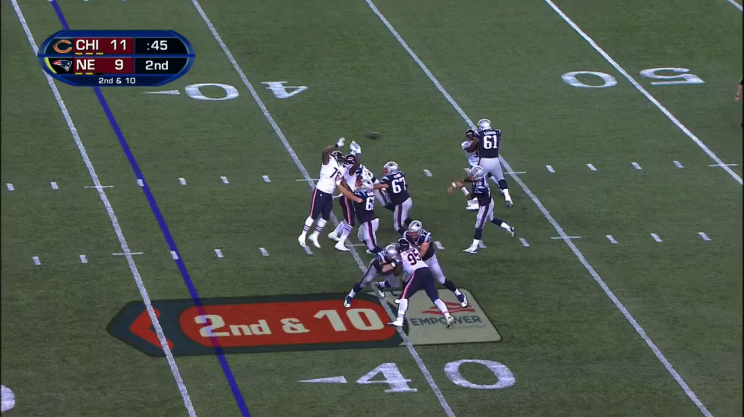 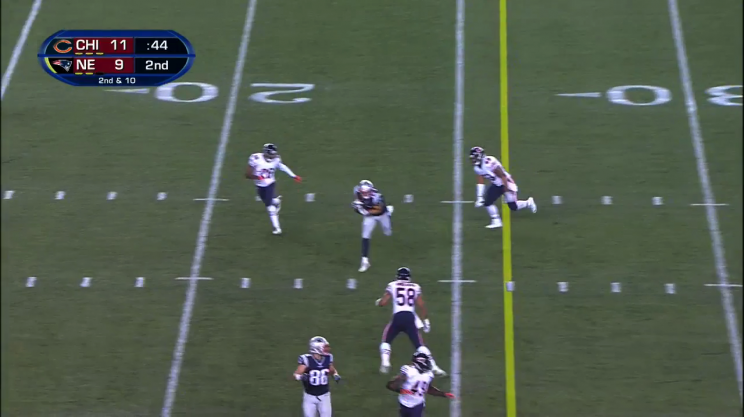 There was also a nice play in the third quarter that was subtle but excellent. Garoppolo was pressured and had to move in the pocket, and he did an excellent job of avoiding the rush and then resetting to deliver a nice pass on Hogan’s crossing route for 25 yards. It was good to see him reset that quickly and throw accurately. 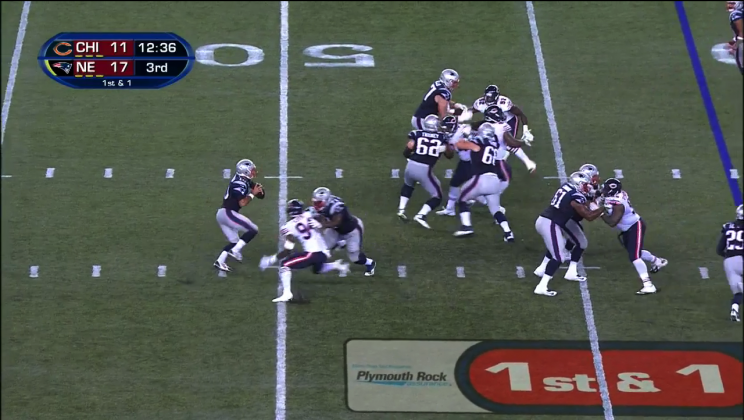 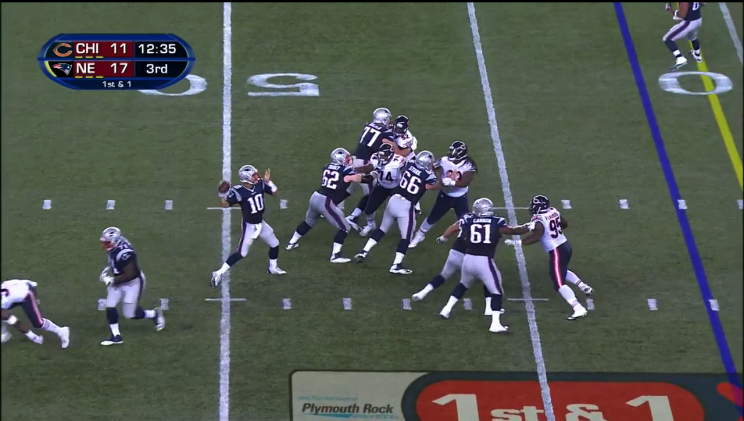 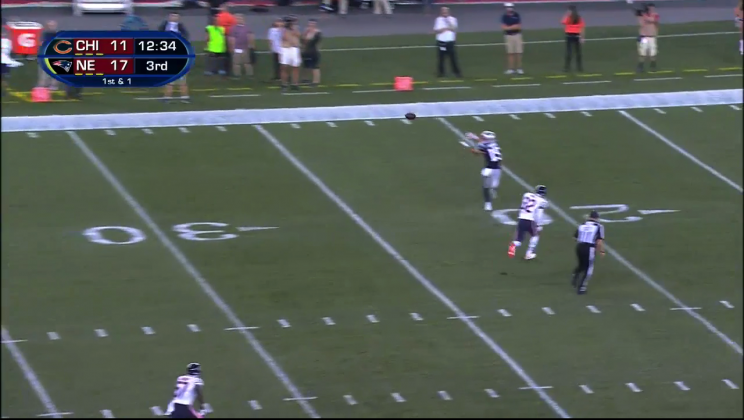 Garoppolo also had a good pass on a 15-yard touchdown to tight end A.J. Derby — the Patriots ran the exact same route concept earlier, with a flat route, curl route and seam route, and Garoppolo threw behind Derby the first time for an incompletion. The Patriots went back the same play later in the game and Garoppolo made a nice throw.

In the first game this preseason, Garoppolo made a big-time NFL throw. The Saints had a pre-snap disguise, showing single-high safety, but on the snap they shifted to “Cover 2” zone with two deep safeties. Aaron Dobson’s seam route was not open, but Garoppolo recognized the coverage and knew to throw in the outside void of the “Cover 2” to Malcolm Mitchell for 24 yards. That’s great coverage recognition and pocket patience.

Garoppolo is in a tough spot, being asked to replace Brady for four games at the beginning of the regular season. The Patriots can’t ask him to control the game at the line of scrimmage before the snap, as Brady does. That’s not a knock on Garoppolo, he just doesn’t have anywhere near the experience Brady does in that aspect of the game. The Patriots’ offense is also very good because Brady and his receivers read the same things after the snap, and again, Garoppolo isn’t quite at the experience level to do that yet.

But we’ve seen Garoppolo do some good things through two preseason games. He’ll need to eliminate some of the mistakes he has made, but there’s a very good chance the coaching staff is working with him on that.

NFL analyst and NFL Films senior producer Greg Cosell watches as much NFL game film as anyone. Throughout the season, Cosell will join Shutdown Corner to share his observations on the teams, schemes and personnel from around the league.