If you watch gymnastics wide-eyed with amazement, you aren’t the only one. No mortal human has any business attempting the almost death-defying maneuvers and twists, let alone landing them.

But ask the same people to name the moves they are seeing and you’ll see the same wide eyes – not out of disbelief, but because they are stumped.

Turns out, you don’t have to remember that what you’re seeing is a round-off, back handspring into a backward salto with two-and-a-half twists in the laid-out position. Some of these moves are named after the gymnasts that performed them.

[Featured: The most terrifying day for Shawn Johnson]

Here are five of the best moves you’ll see at the Olympics named after gymnasts.

You can’t be the best gymnast in the world and not have a move named after you. Simone Biles has many talents in gymnastics, but the three-time world champion and winner of the Olympic individual all-around has a unique move on floor exercise that she stumbled into during training in 2013. She attempted a double layout full out, but tore her calf muscle on the landing. In order to protect herself, she changed it to a half out, which no one had done before. Seems to be working out for her.

Named after the 2004 individual all-around gold medalist, this balance beam move requires incredible power, which Carly Patterson had in spades. This is one of the more difficult beam dismounts that involves a double front flip with the knees in a spread, but tucked position. If that wasn’t difficult enough, Patterson set it up with a back flip to a half turn during the 2004 Olympics. THE FREAKING OLYMPICS.

Yeah. You read that right.

Aka “the Vault of Death.”

Considered the most difficult and most dangerous vault, the Produnova has the highest start value of any vault, and it’s not hard to see why. The vaulters have to start with a front handspring and generate enough power off the horse to complete two front flips. Two gymnasts attempted this vault in Rio to try and knock off Simone Biles. It did not work out well.

Can’t forget about the guys.

Sam Mikulak was the Americans’ best chance to medal in the individual all-around, and he can do damage in every event. However, where he has made his mark on the sport is on the the pommel horse. Mikulak has a skill on the horse where he jumps from one bar to the next in one motion – with one hand. Most people can’t hold their phones with one hand, and this guy is throwing himself in the biggest competition in the world. Life isn’t fair, i guess. 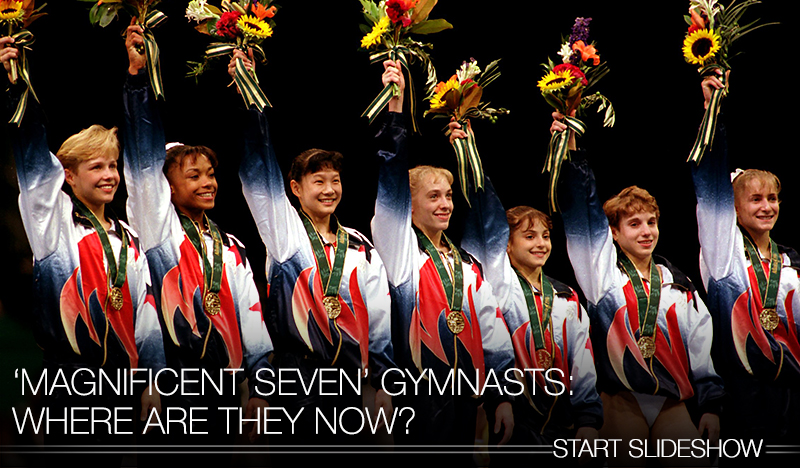