You are here: Home / What's Happening / The biggest reason Michael Phelps is not the greatest athlete ever

The biggest reason Michael Phelps is not the greatest athlete ever

Michael Phelps is undeniably great. I wouldn’t dream of taking away from what he’s done. When you have more gold medals than most countries can claim, your accomplishments aren’t up for debate.

But after Phelps’ storybook week I’ve seen people start to ask if he’s the greatest athlete ever.

And that’s when I think we have to slow down a bit.

I can’t put Phelps above guys like Pele, Michael Jordan, Wayne Gretzky, Jerry Rice, Babe Ruth or any of the greatest boxers for one simple reason: He has never faced a strategic defense against him.

[RELATED: Wearing all 22 gold medals could be hazardous to Phelps’ health]

As much as we loved pumping up the Phelps-Chad le Clos rivalry, the South African swimmer wasn’t impeding Phelps. He didn’t and couldn’t affect Phelps in the pool in any tangible way. Trash talking and staredowns are fun to talk about but they aren’t the same as a safety driving his helmet into your chest. There’s no South African coach pulling a Chuck Daly and devising an entire defense to slow Phelps down.

I think Gretzky is the most dominant athlete in his sport of all time (if you want to say Pele, I won’t argue much). Gretzky has more assists than anyone else has goals and assists combined. And what makes it so incredible is that from the moment he stepped off the bus at age 19 for the Edmonton Oilers, opposing coaches were focused on finding ways to beat him. He still won nine Hart Memorial Trophies as the NHL’s MVP, and set 61 NHL records. He did that with the entire league trying to figure out how to slow him down. It never did.

Jordan dealt with the same thing. Daly invented the “Jordan Rules” defense against him. Other teams had their own tricks. Jordan saw the best defenders each team had to offer during his 13 Chicago Bulls seasons (and probably most nights with the Washington Wizards too). His 30.1 points per game and six titles didn’t come without resistance. Jordan had to be great physically, and he had to be at his peak when it came to strategy as well. The best minds in the NBA schemed against him, the best athletes in the league tried to stop him, and Jordan beat them all.

You could intentionally walk Ruth. You could try to double team Rice and force his quarterback to go elsewhere with the ball. Pele, Jordan and Gretzky had schemes designed to stop them, and defenders trying to rough them up. Rice had defensive backs and linebackers trying to blast him into oblivion as he caught the ball. Gretzky had to spin away from a lot of hits as the league’s biggest target. Phelps has his own set of challenges — honing his technique, fighting age, finding motivation, remaining faster than the next generation in his sport — but he never had Deion Sanders trying to keep him from doing a butterfly stroke. And by the way, the other guys I’ve listed also had to fight aging, motivation and figuring out how to beat players 10 years younger than them.

Phelps is great in his sport and he’s probably the greatest Olympic athlete ever. But it’s hard for me to take the next step and rank him as the greatest athlete, period. I can’t vault him or even, say, Tiger Woods or Jack Nicklaus ahead of the GOATs in the major team sports. The others up for that title had a tougher challenge along the way.

Frank Schwab is the editor of Shutdown Corner on Yahoo Sports. Have a tip? Email him at [email protected] or follow him on Twitter!
Follow @YahooSchwab 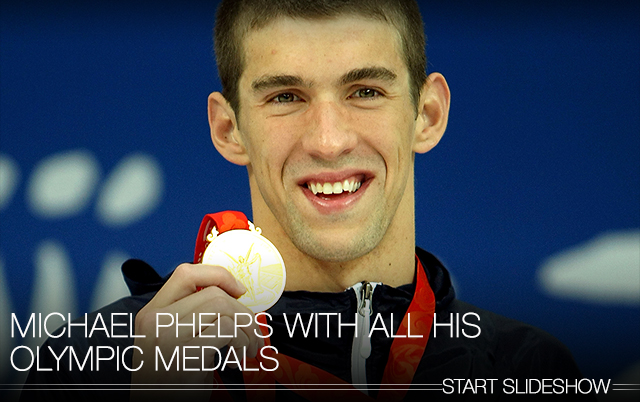