You are here: Home / Basketball / Reaction to Carmelo Anthony staving off Australia upset 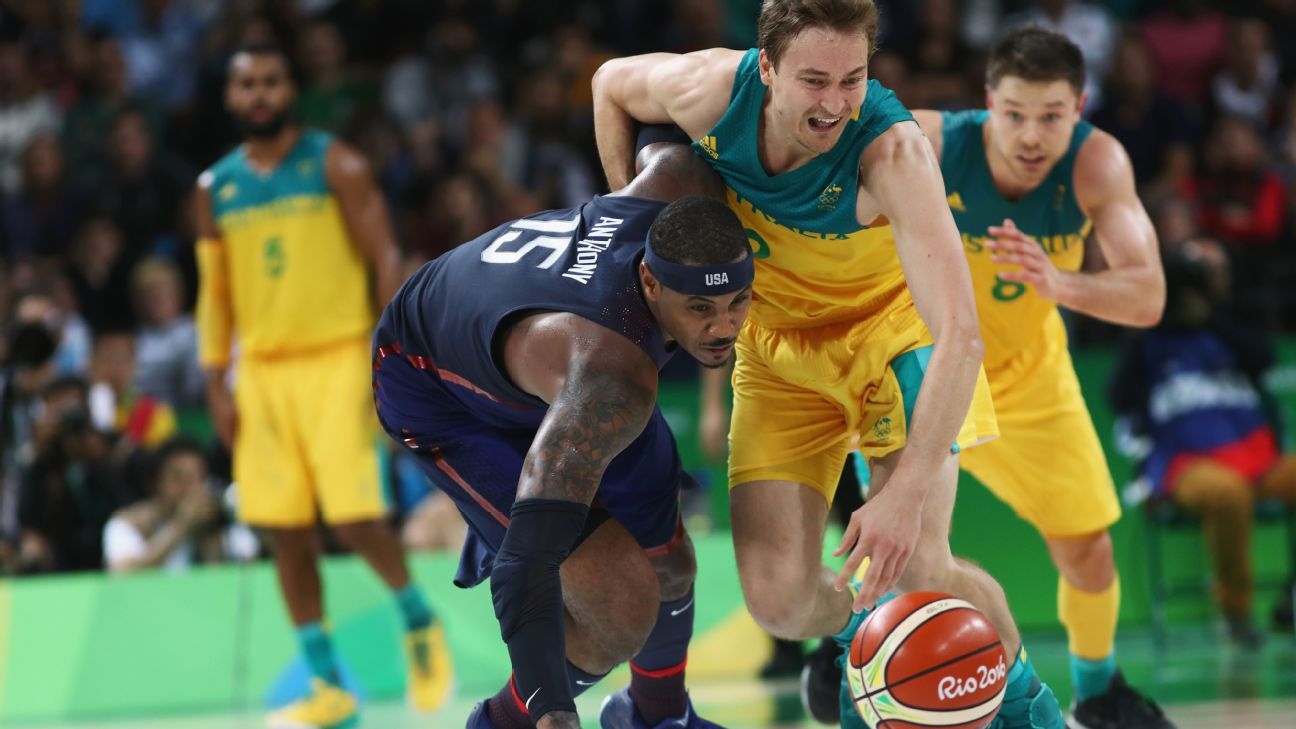 Carmelo Anthony scored 14 of his game-high 31 points in the fourth quarter to lead the U.S. men’s basketball team to a 98-88 win over Australia in a game that was closer than the final score indicates. Anthony, who became Team USA’s all-time leader in points scored at the Olympics earlier in the game, was lauded by his peers for his clutch efforts.

@carmeloanthony is the best international player of all time!

Give the ball to Melo and get out the way

What a pleasure to have a Veteran like Melo to steady the ship for the U.S.

If not for Anthony’s heroics, the Australian team might have pulled off one of the biggest upsets in Olympic basketball history, and their strong performance did not go unnoticed.

Love the tenacity of the #Boomers!!! #Basketball #Rio2016

There is a lot of fight in @Patty_Mills!! Love watching him have a crack!! #Boomers #Rio2016

That was a great effort by Australia. Seriously one of the best games I have ever seen!!! https://t.co/w5jORnmnKS