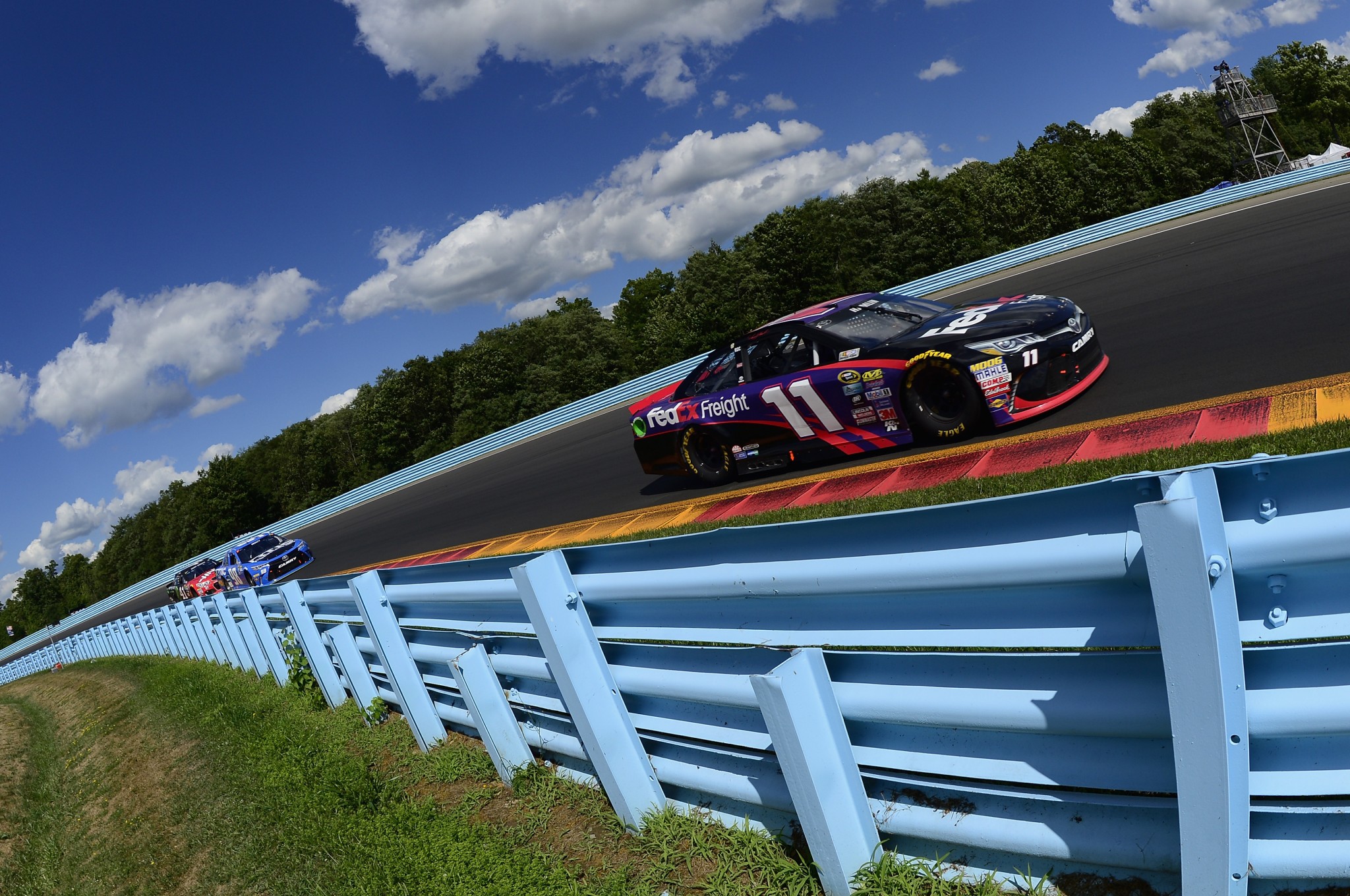 Denny Hamlin got his second win of the season on Sunday (Getty).

Hamlin tool the lead with nine laps to go thanks to a crazy scene with leaders Kyle Busch and Keselowski. Both cars went wide off the 90-degree turn 1 and opened the door for Hamlin to sneak through. As Hamlin took the lead, two cars in the back of the pack spun around and caused a caution.

Hamlin was the leader as the caution came out and held the lead for the rest of the race. He gingerly climbed from his car after the race because he said he’d been experiencing back spasms all day.

Truex ended up eighth despite being second on the final corner. He went wide off turn 10 and as he tried to set up Hamlin for a pass off turn 11, he got bumped by Keselowski. Keselowski took fault for the accident and said he anticipated Truex bumping Hamlin in the low line and he wanted to be outside when the bump happened.

Instead, Truex was in the same lane Keselowski was. He showed his displeasure with Keselowski on the cool-down lap, though the two were cordial after they exited their cars on pit road.

Hamlin had the lead on the final corner at the series’ other road course race at Sonoma in June. After passing Tony Stewart a few corners earlier, Hamlin went wide and overdrove the final corner, opening up the bottom for Stewart to move him out of the way for the win.

It’s Hamlin’s second win of the season; he won the season opening Daytona 500.

Hamlin went further on gas from the point of his final pit stop than anyone at the front of the field. Because of the track’s new pavement and a tire that didn’t show much wear, fuel mileage was more important than tire strategy on Sunday. Despite a barrage of late caution flags throughout the race, the leaders stayed on track because there was no benefit to changing tires.

It’s the 28th win of Hamlin’s career. He’s now tied for the third seed in the Chase with four races to go before the playoff.