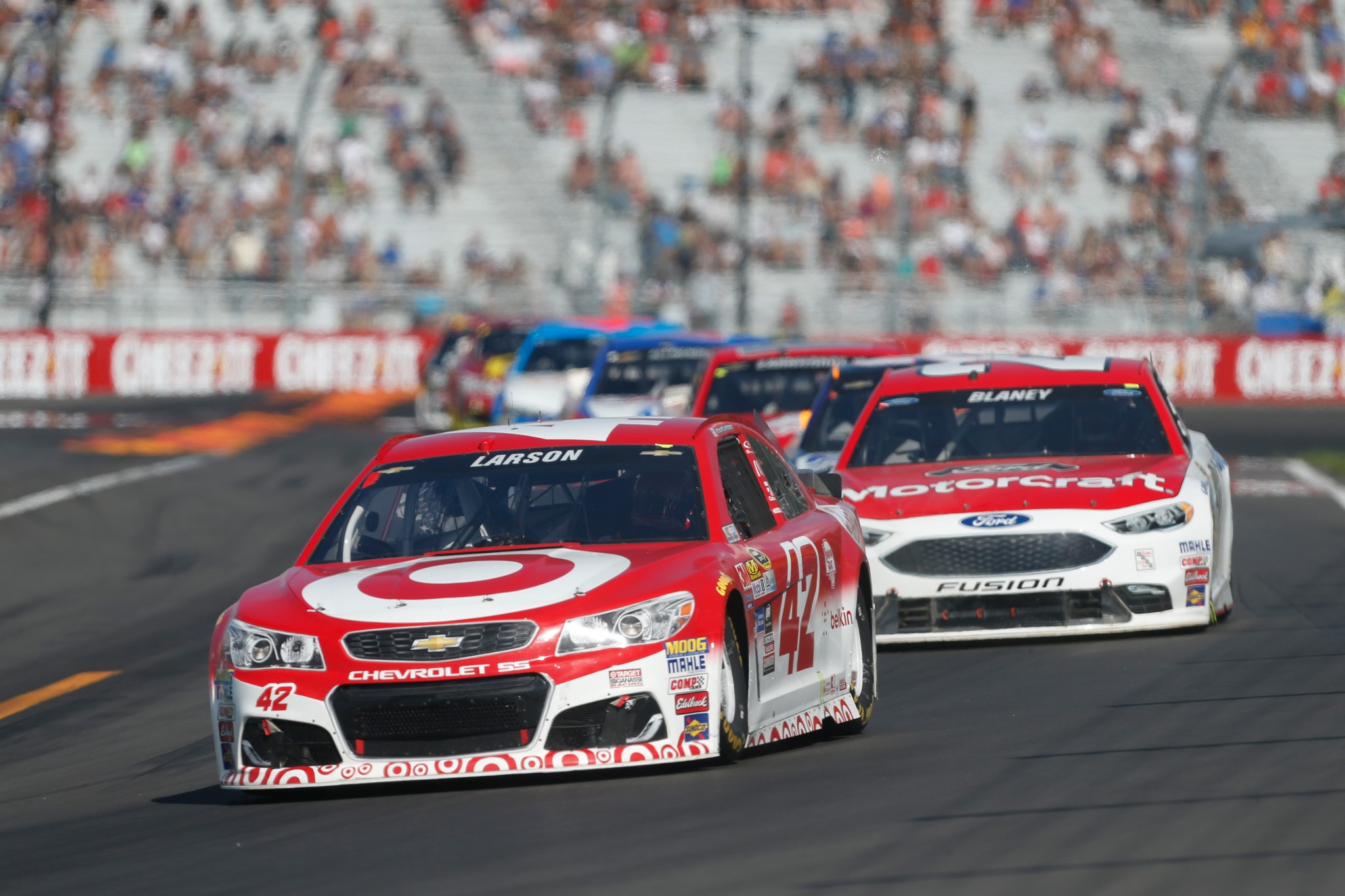 Throughout 2016 we may have way too many quick thoughts for our post-race posts. So consider our Takeaways feature to be the home of our random and sometimes intelligent musings. Sometimes the post may have a theme. Sometimes it may just be a mess of unrelated thoughts. Make sure you tweet us your thoughts after the race or email your post-race rants via the link in the signature line below.

• If Kyle Larson misses the Chase by less than 25 points, Watkins Glen and AJ Allmendinger’s bumper will be the reason why.

Allmendinger bumped Larson as the two were racing for what would have been fourth in the final corner of Sunday’s race, won by Denny Hamlin.

Allmendinger cut lower than Larson as the two approached the wrecked car of Martin Truex Jr. Allmendinger clipped Larson in the right-rear and sent the driver of the No. 42 sliding head-on into the inside wall.

“I can’t [say] sorry enough,” Allmendinger said. “It doesn’t help the case, I spun him out.  I didn’t mean to spin him out. The No. 78 was spinning and I was starting to get my nose under Kyle to try to drag race him to the checkered.  He was turning to come back down, but it was my fault.  For fourth place it would be different if we were battling for the win, but I just hate it for him.  It’s not going to help to say sorry, I know, I would be pissed off.  He should be.  I was going to be okay with that until that.”

Instead of finishing fourth, Larson finished 29th, a loss of 25 points. As of now, he’s the last driver in the Chase standings and 30 points back of Jamie McMurray in 14th in the standings. Had he not gotten spun, he’d be just five points back.

• Did you know Jeff Gordon hasn’t gotten a top-five finish at Watkins Glen since he won in 2001?

• Brad Keselowski took over the points lead from Kevin Harvick, who was involved in a late crash.

• Speaking of crashes, the one in the short chute involving Ricky Stenhouse Jr., Greg Biffle, Austin Dillon and Jimmie Johnson was nasty.

Per LastCar, it’s the first time a No. 48 car has finished last in a Sprint Cup race in 23 years.

The No. 48 hadn't finished last in a Cup points race since 1993, when James Hylton fell out at @RockinghamSpeed pic.twitter.com/xfH8R3kBIw

• NBC’s broadcast of the race Sunday on USA was a bit disjointed. The network went to a scheduled commercial break during the first round of green-flag pit stops. The stops were happening right about the scheduled pit window, so it’s not like anyone at NBC should have been surprised they were occurring.

Then the network led viewers to believe a caution was called for a wheel lazily rolling down pit road all by itself. NBC showed a brief replay of the tire, which was surrounded by crew members, and then went back to commercial. Upon return from commercial, no explanation was given for what caused the wheel to roll down pit road or why it was cause for a caution.

According to NASCAR vice president Steve O’Donnell, the wheel was not the cause of the caution. NBC never got that message, apparently.

Later in the race, when two cars spun in turn 1 and didn’t hit anything, Rick Allen exclaimed it was a “big wreck.”

I’ve been a proponent of NBC’s coverage of NASCAR and still am. However, that positivity is waning just a bit.