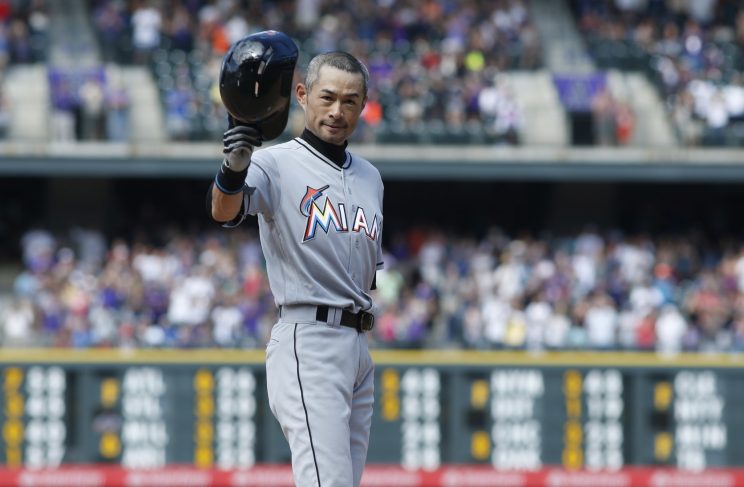 Miami Marlins OF Ichiro Suzuki became the 30th player in MLB history with 3,000 hits with a triple against the Colorado Rockies Sunday. After he achieved the milestone, players from around baseball took to social media to react to the feat.

Congrats to Ichiro for completing the task of 3000 hits. It was an honor to have played against… https://t.co/KjfgCGVj4N

Congrats on your 3,000th hit it's been an honor to share the same field. Thank you for doing it the right way. #HOF pic.twitter.com/avjQFFXOSL

Congrats to Ichiro!The guy I chased and looked to see what he was doing when I played.He pushed me to get 200 hits every year #Ichiro3000

Congratulations to Ichiro. 3000 hits is incredible.

Happy for Ichiro! One of the toughest outs in the history of the game. Absolutely awesome. #Ichiro3000

Wow. I am truly honored to play with such a true professional. I am beyond happy to be able to be here and experience this with #ichiro. Here is to #3000 more

Congratulations to Ichiro on the 3,000th hit. It's an honor to have watched him growing up and now call him a teammate. #FishWin #Blessed