You are here: Home / Baseball / End of an era: Cubs designate pitcher Edwin Jackson for assignment 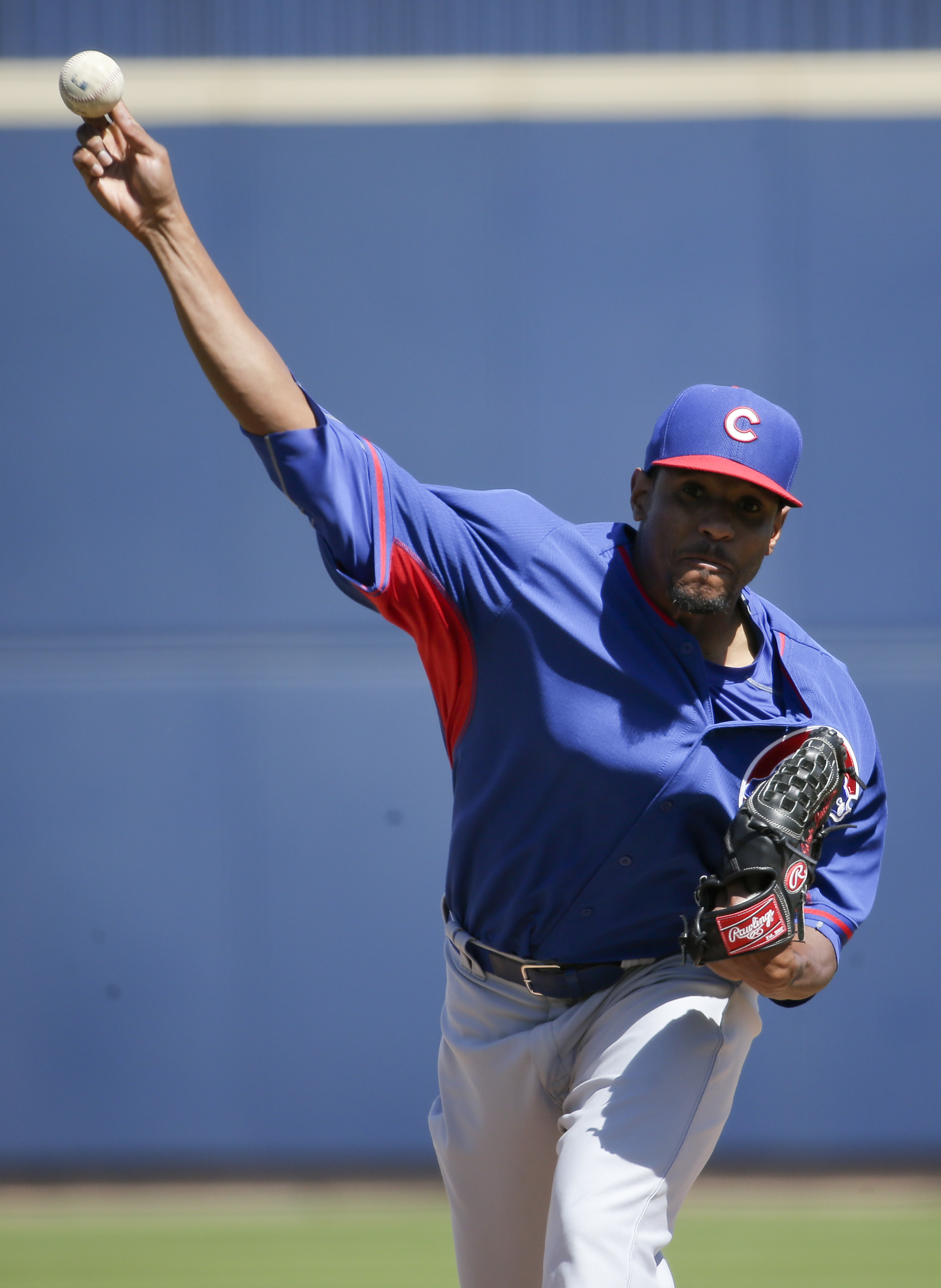 It’s safe to say the Edwin Jackson era with the Chicago Cubs didn’t turn out as expected. Jackson signed with the club prior to the 2013, and was expected to stabilize a shaky rotation at the time.

That didn’t happen. Jackson was below average during his first season, but then really took a step back in his second year with the club. Due to his struggles, he was moved to the bullpen coming into 2015.

Though Jackson was pitching well as a reliever, the Cubs decided to designate the 31-year-old for assignment Sunday. The team will call up Rafael Soriano in order to replace Jackson on the 25-man roster.

In his two and a half seasons with the club, Jackson had become a bit of a punching bag for the fans. He didn’t pitch up to expectations, and they let him hear it often. Despite that, Jackson still supported the organization.

Edwin Jackson: “I wish nothing but the best to the organization and the city of Chicago.” #Cubs

Despite the struggles, Jackson was also a strong presence in the clubhouse. Since the news broke, his teammates have made statements supporting Jackson.

Jake Arrieta on Edwin Jackson: “He’s one of the best human beings I’ve ever been around. It’s hard to see him go.” #Cubs

Even broadcaster Len Kasper expressed admiration for how Jackson handled his struggles.

The numbers may not have been what the team, or the fans, wanted, but Jackson remained a strong role model in the clubhouse and always answered the media’s questions. 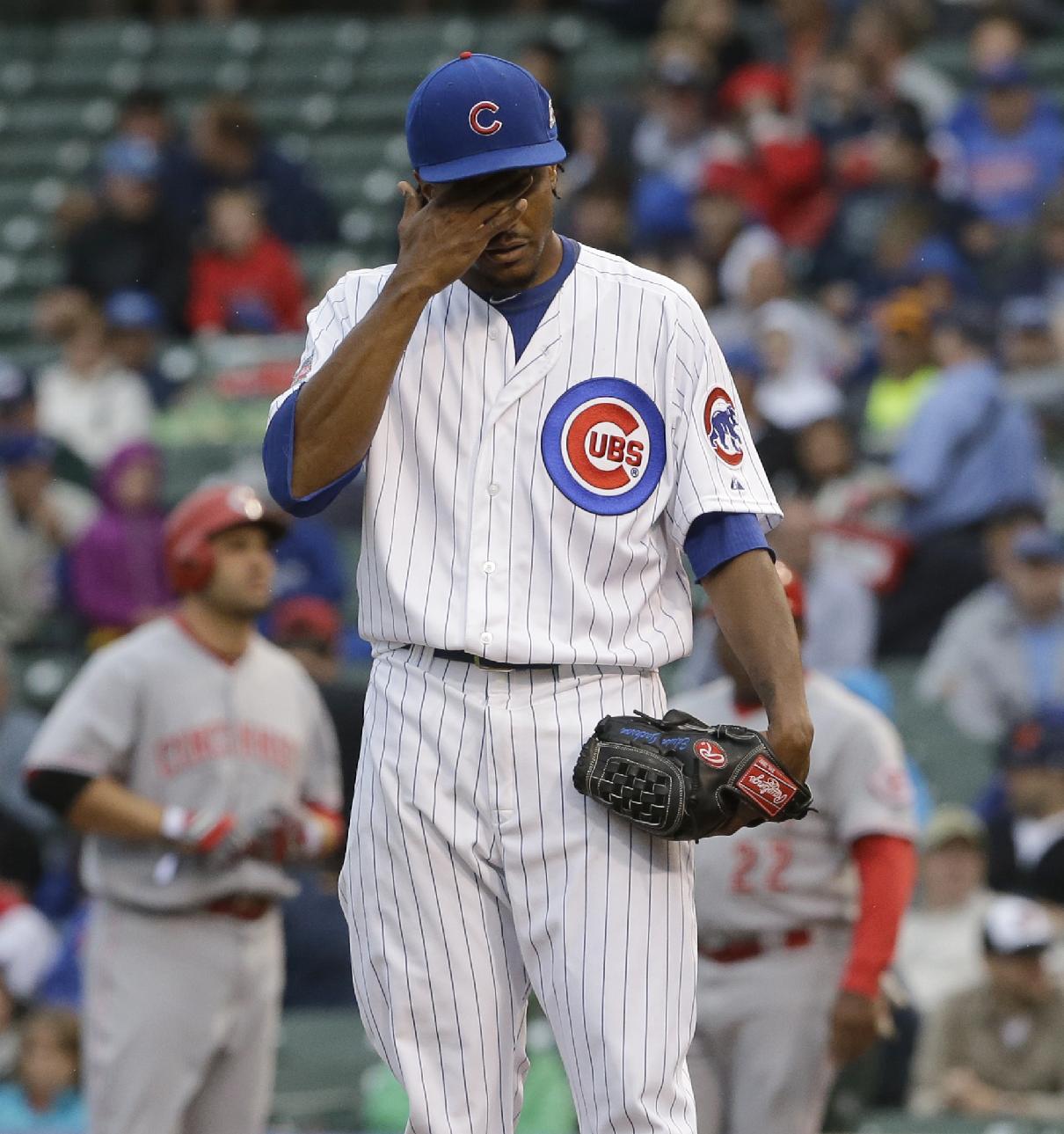 Given how poorly things were going on the field, other players might have turned sour with teammates, or skipped out on media sessions following bad games. There’s something to be said about Jackson’s willingness to help the team in any way possible even though things were less than ideal on the field.

[On the week’s StewPod: The secrets of ‘Major League,’ our favorite baseball movie.]

Technically, Jackson’s time with the Cubs could continue. He’s still under contract through the rest of the year, and is signed through 2016. He is set to make $11 million next year. Jackson could opt to accept an assignment to Triple-A and stay in the organization.

Since he’s a long-time veteran, Jackson can also elect to become a free-agent and still get paid. Given his potential, there’s probably a team out there that would give him a shot. Jackson’s always had electric stuff, he just hasn’t been able to harness it over long periods. His days as a starter might be over, but he might be able to settle in as a decent reliever.

At this point, moving on is probably for the best. Jackson failed to live up to expectations with the team, and became an easy target for the fans. He’ll be better off getting a fresh start with a new team. Whether or not his numbers rebound, at least that teams knows it’s getting an excellent guy in the clubhouse. That has to be worth something.