You are here: Home / Basketball / David Blatt thought this season would be ‘a breeze,’ which it arguably was

David Blatt thought this season would be ‘a breeze,’ which it arguably was 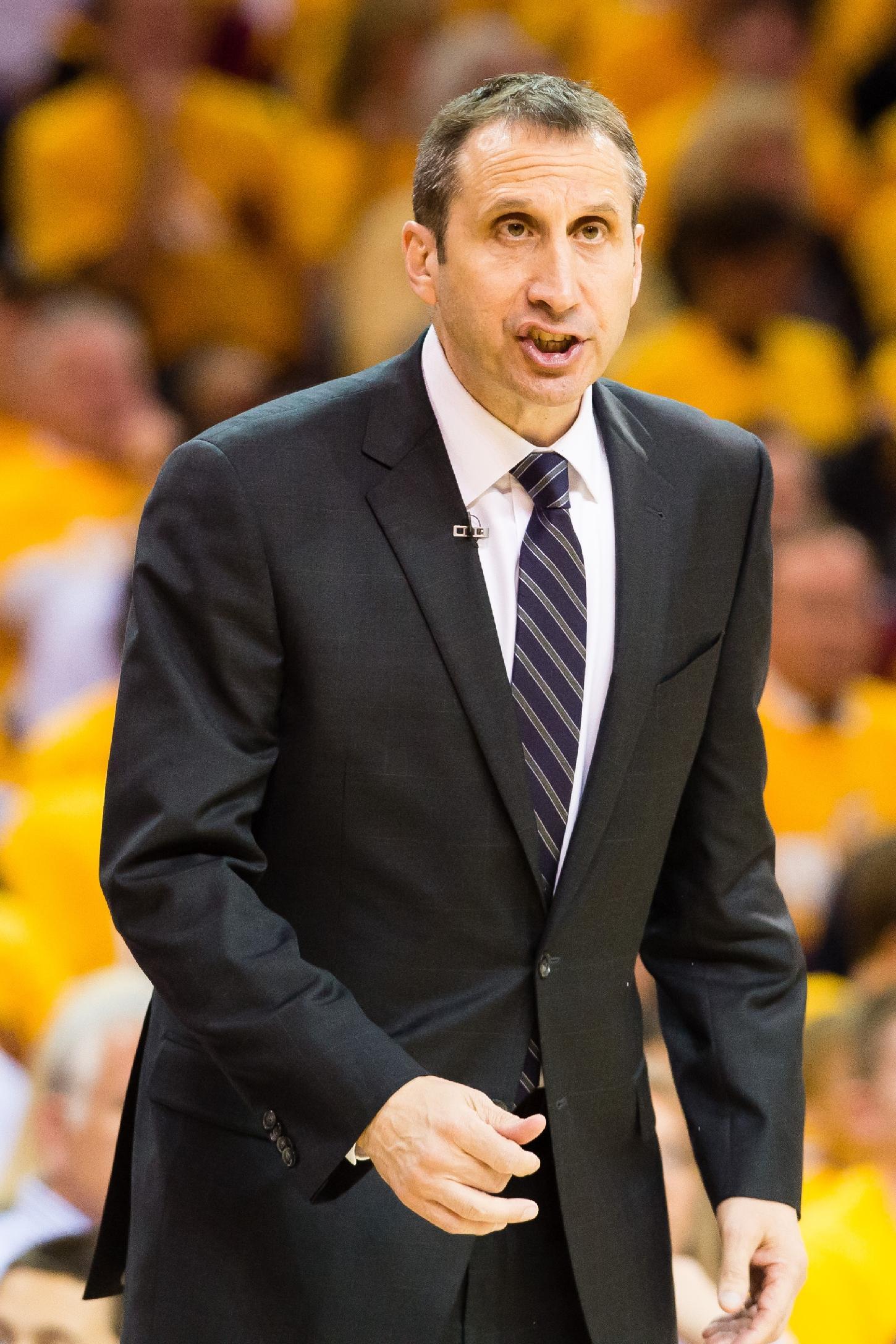 Cleveland Cavaliers head coach David Blatt had one of the more intriguing first seasons on the job in recent memory. Hired at a time when the Cavs looked like a fringe playoff team at best, Blatt was thrust into the spotlight with the offseason addition of LeBron James and the expectations that come with coaching the best player in the world. While Cleveland eventually won the East and did well in the NBA Finals with an injury depleted roster, Blatt came under fire throughout the season for perceived (and often glaring) mistakes and quite apparently not earning the respect from LeBron that conventional wisdom says should be a part of a coach-player relationship. For all the Cavs’ success, Blatt often looked a little overwhelmed and out of his element.

He apparently expected things to go much more smoothly. A veteran coach in the highest levels of Europe and the international game, Blatt thought that his experience would carry over to the NBA game without much need to adjust. A new piece by Tim Reynolds of the Associated Press details just how wrong he was:

Blatt – a wildly successful coach in Europe before getting his long-awaited chance to lead an NBA team for the first time last season – was a panelist on Monday at a scouting school in Las Vegas, part of a group that was discussing some of the ways coaches prepare for games at various levels. And he detailed several differences between the European game and the NBA one.

”When I came to the NBA I was under the impression that this was going to be a breeze,” Blatt said. ”I’ve been coaching for 23 years at the highest level in Europe. I coached in the national-team environment, coached professional teams, coached Euroleague teams and I thought I thought I knew basketball and I thought I knew how to coach. Which, in my mind, I did.

”But I realized that when I came over here it was a very, very different game with a whole new set of problems and a whole slew of things to deal with inside and outside of the game.” […]

Blatt also spoke about how the schedule in the NBA is far more hectic than in Europe, and how that makes game-prepping a bigger challenge. He said European teams usually have about six full weeks to prepare for a season, while the NBA has rules limiting camp length and how many two-a-days can be part of the buildup to opening night.

”That’s because there’s not a players union over there and I sure as hell wish there wasn’t one over here either,” Blatt said, drawing some laughs. ”We’re not allowed the luxury of calling guys in for formal workouts until a very specific date. Then, the moment we get them, we’re limited to four two-a-days in our preparation period which is somewhere between three and four weeks. We used to have four two-a-days in two days overseas.”

It’s difficult to read Blatt’s comments without reflecting on his relationship with James, the defining feature of his first season in Cleveland. LeBron maintains an unprecedented level of power for an NBA player. He has a hand in personnel moves, calls many of the team’s offensive plays, and seems to have veto power over whatever the coach wants to run. While Blatt doesn’t directly address LeBron in these comments, the references to the world “outside of the game” and the presence of a players’ union are inextricably tied to the Cavs superstar, the most powerful player in a league featuring the most powerful basketball players in the world. It’s likely that Blatt would have experienced some culture shock in any head coaching job, but he dealt with the most extreme case as soon as LeBron chose to go back to Cleveland. It also probably didn’t help that Blatt seems to deplore the existence of the union in a way that would seem to keep him from understanding the points of view of his players.

The other side to Blatt’s comments is that he got to coach LeBron James, one of the most talented players in the history of the sport. No matter how difficult or surprising the transition may have been for Blatt, the fact is that he was afforded the wonderful luxury of coaching an elite roster with a front office willing to spend to add or keep quality players. Working with such a group also raised the expectations, but those factors also ensured that Blatt would have a reasonable chance to meet those expectations, which he ultimately did despite some struggles to open the season. From the perspective of an NBA insider, Blatt was placed in a pretty great situation. The Cavs took some time to get to a stellar level, but they always had that capability. By contrast, most first-year coaches have to oversee questionably effective and frustrating rebuilding processes that often force the front office to make a leadership change after a few seasons. Plus, for all the criticism Blatt received for failing to convince LeBron of his primacy, he did get a great deal of credit for the Cavs’ stellar defense throughout the postseason. It’s not as if he came out of 2014-15 in poor shape.

Blatt certainly adjusted to the NBA world as the season progressed, and there’s nothing in Reynolds’s article that suggests he views the league’s culture as something he must transcend. Yet Blatt seemed to assess the league by the example of his foreign experience throughout the season and even during the NBA Finals, an understandable approach that nevertheless indicates he hasn’t quite warmed to his new position. Blatt’s past experience is not worthless, but it is somewhat tangential to his task of winning the Cavaliers’ first championship. Ultimately, he will have to achieve that goal on the NBA’s terms.