LeBron: 'Nightmares' over Finals loss to GSW ESPN.com news services 0 Shares Print LeBron James has re-signed and is looking forward to next year with the Cleveland Cavaliers, but said on Sunday he's not yet over the way last season ended. Speaking to Bleacher Report Radio on Sirius XM, James said the pain of a Finals series loss never really goes away. "I guess there's … END_OF_DOCUMENT_TOKEN_TO_BE_REPLACED

How Duke reclaimed its status as the top destination for elite recruits The most exaggerated storyline from Duke's national title run this past spring was the notion that the Blue Devils' reliance on one-and-done freshmen represented some sort of seismic shift in recruiting philosophy. In reality, Mike Krzyzewski has long pursued prospects of that caliber. The difference is Krzyzewski is now … END_OF_DOCUMENT_TOKEN_TO_BE_REPLACED 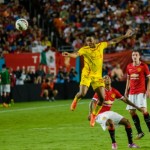 Top 5 goals from NHL development camps (Videos) Development camp breakaway goals are a joy and a treat. The young lads seem to always try new and exciting moves to impress the old management men sitting in the stands in hopes of making an impression. Generally a lot of these goals look way cooler than NHL scores, probably because they come before #theplayers are bogged down with the monotony … END_OF_DOCUMENT_TOKEN_TO_BE_REPLACED

A.J. Burnett to wear Batman-inspired cleats at All-Star game Like the Oscars and Golden Globes, the MLB All-Star game is an event where fashion statements are made and remembered forever. Alright, that might be a slight exaggeration, but over the years we've definitely seen our share of statements made. Particularly when it comes to footwear. Who could ever forget Bryce Harper and Melky … END_OF_DOCUMENT_TOKEN_TO_BE_REPLACED 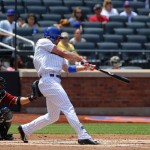 Mets' Nieuwenhuis has 3 HRs, misses his 4th The Mets have had offensive struggles all season, so Kirk Nieuwenhuis took matters into his own hands on Sunday afternoon. He hit three home runs in the first five innings against the Diamondbacks. Here is the third of Nieuwenhuis' three home runs. All three home runs are available in one unembeddable video right here: Nieuwenhuis did get an … END_OF_DOCUMENT_TOKEN_TO_BE_REPLACED 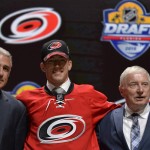 Canes sign top pick Hanifin, keep options open In the build-up to the 2015 NHL Entry Draft, the hype surrounded eventual top two picks Connor McDavid and Jack Eichel. They were the best players and prospects and deserved all of the attention, but that meant players like Noah Hanifin faded to the background. Despite being the top defenseman available in the draft and ranking as high as No. 3 on … END_OF_DOCUMENT_TOKEN_TO_BE_REPLACED 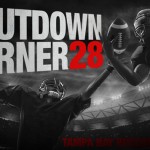 Shutdown Corner: Tampa Bay gives tanks to get Jameis Winston Shutdown Corner is previewing all 32 teams as we get ready for the NFL season, counting down the teams one per day in reverse order of our initial 2015 power rankings. No. 1 will be revealed on Aug. 8, the day before the preseason begins with the Hall of Fame Game in Canton. NO. 28: TAMPA BAY BUCCANEERS I'm not sure why the Tampa … END_OF_DOCUMENT_TOKEN_TO_BE_REPLACED