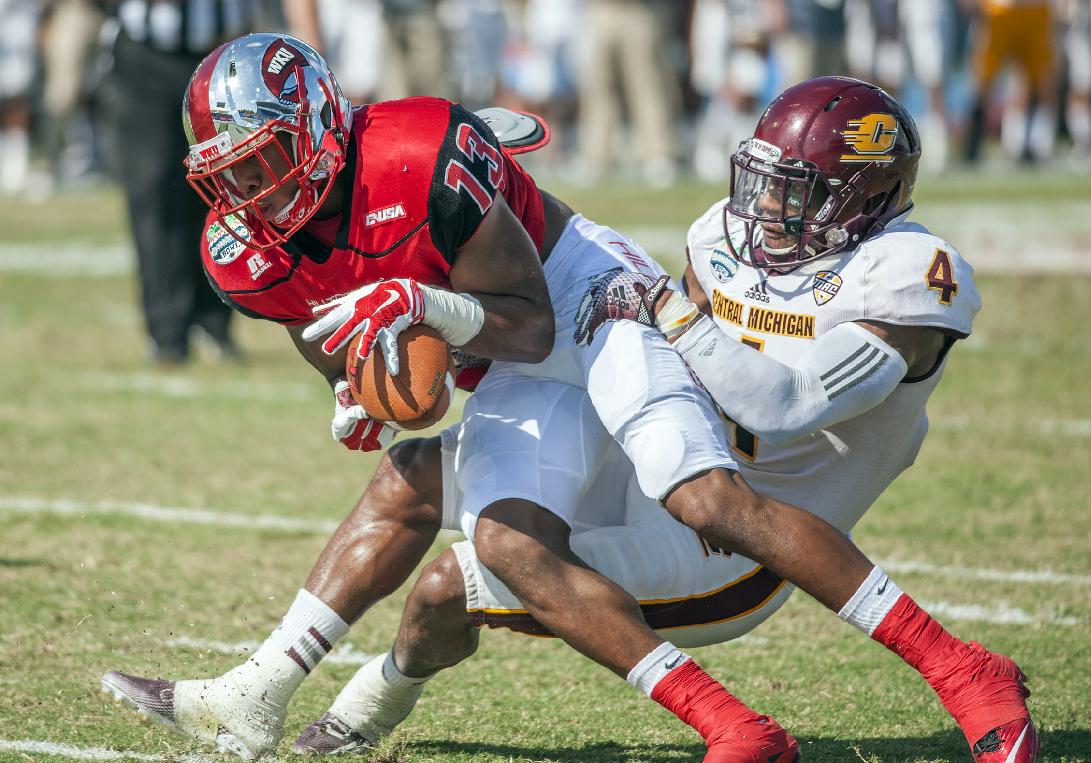 Senior defensive back Brandon Greer is currently being held in jail without bond pending charges of assault and attempted kidnapping.

According the Morning Sun, Greer was arrested Thursday morning at the Bluegrass Apartments after he was spotted in a silver car switching parking spaces and watching a woman walking a dog.

Wednesday night, a woman told police a man in a small silver or gray car attempted to abduct her while she was walking her dog.

“A female victim was walking her dog in the area when a male subject driving a vehicle pulled alongside her to ask a question,” Jeff Browne, public information officer for the Mt. Pleasant Police Department, said in a press release obtained by the paper.

“As the woman approached the vehicle, the male suspect grabbed her arm. The female freed herself and got away to safety.”

While searches for a man matching Greer’s description Wednesday night were fruitless, police received a tip of a suspicious man was in the apratment parking lot Thursday morning.

“This morning officers investigated a suspicious male matching the description from the incident last night,” Browne said. “Officers interviewed the suspect and took him into custody.”

Greer is scheduled to be arraigned at 9:30 a.m. Friday. Central Michigan has not yet commented on the arrest.

Greer, a two-year starter, played in 13 games last season and had 47 total tackles, one tackle for loss, a forced fumble, a fumble recovery and team-leading three interceptions.