You are here: Home / Basketball / Reggie and the full effect: Is Jackson the right man for Pistons’ present, future?

Reggie and the full effect: Is Jackson the right man for Pistons’ present, future? 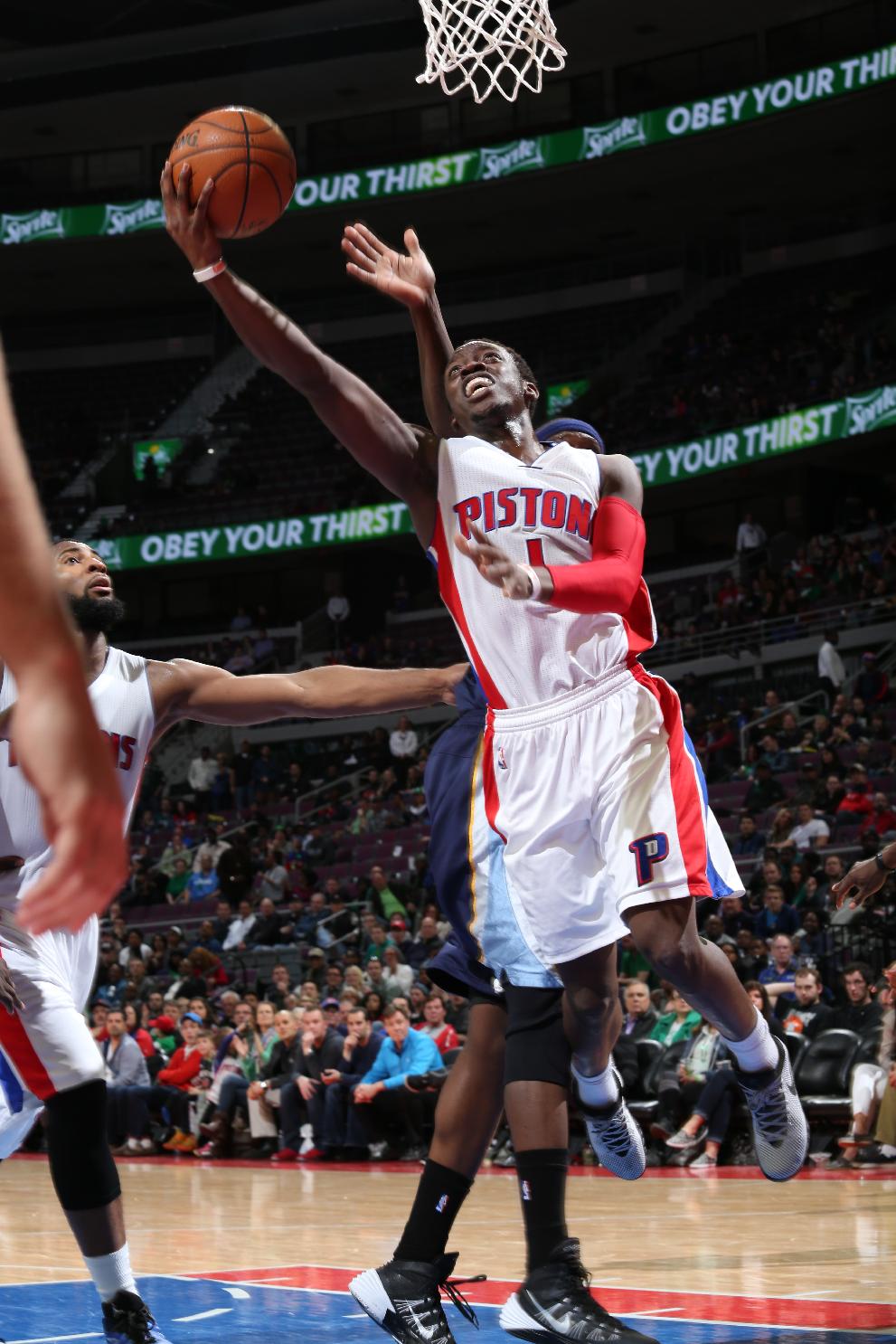 We’ve written about this before: the primary reason that restricted free agency exists is to give NBA decision-makers one situation where they can help themselves.

While unrestricted free agents can sign anywhere they’d like after wrapping up their contracts with their previous employers, restricted free agents tend to have fewer options. They can solicit offers from other suitors, but their incumbent teams can match those offers, a “right of first refusal” that allows teams to suss out the market value of their players coming off rookie-scale contracts before deciding whether to re-up or cut bait. The whole point is to keep front-office members from unnecessarily overspending by sharply limiting the scope of prospective bidding wars for this particular class of players. It’s about cost control.

It was a bit of a headscratcher, then, to read the report from Yahoo Sports NBA columnist Adrian Wojnarowski on Sunday night that the Detroit Pistons had agreed to terms with restricted free-agent point guard Reggie Jackson on a five-year, $80 million contract that will keep the former Oklahoma City Thunder triggerman in the Motor City through the end of the 2019-2020 season. Reasonable people can disagree as to whether Jackson’s worth that kind of coin, but after the news broke, a more immediate question loomed: five days into free agency, who else would’ve offered Jackson that much?

The Sacramento Kings still need a point guard of the future, but they used the cap space they created in The Sauce Castillo Affair to sign Rajon Rondo, Kosta Koufos, Marco Belinelli, Omri Casspi and James Anderson. The Portland Trail Blazers still could have as much as $28.7 million available after losing LaMarcus Aldridge, Wesley Matthews and Robin Lopez, but they’re not breaking the bank for a point guard after giving Damian Lillard a five-year deal worth between $125 million and $129 million.

The Orlando Magic could have enough wiggle room for a big piece before going over the cap to bring back Tobias Harris, but likely not enough for Jackson’s full freight, and would seem a poor match anyway, given the presence of rising sophomore Elfrid Payton. The Philadelphia 76ers had the room, but not the motivation. No other NBA team seemed to have the combination of a need at the point and the space necessary to knock Jackson’s socks off with $16 million a year.

And even if they did — remember the cardinal rule of free agency: “it only takes one a**hole” — only the Pistons, as the holders of Jackson’s Bird rights following his acquisition at February’s trade deadline, could offer him a fifth year and a 7.5 percent raise in first-season salary. Letting Jackson find another offer and matching it, then, would’ve saved Pistons coach and team president Stan Van Gundy quite a bit of money. If no other suitor came calling — again, likely given the lay of the cap-space land — SVG might’ve been able to get the deal done at a much more team-friendly number.

So why go all-out? Perhaps Stan wanted to use something other than Diet Pepsi to wash away the lingering bad taste of Greg Monroe’s contract drama and subsequent exit:

RFA is a game of poker with player and team. Not sure what the market was for Reggie J, but you let him sign the QO and you risk losing him

“QO” there stands for “qualifying offer,” a one-year contract “at a scale salary.” A restricted free agent can sign his qualifying offer, play out the next season and reach unrestricted free agency the following summer. Players rarely choose to sign their qualifying offer rather than a rookie extension or a longer-term RFA offer sheet, because players typically opt to lock up as much money as they can as soon as possible. If they’re not thrilled by their options, though, and they want to shake loose from the team that drafted them, signing the qualifying offer is the one real bit of leverage they have.

Monroe used it last summer when it became clear that there was a significant difference between the contract he wanted and the contract Detroit was willing to offer him. And it (or something like it) is the one that Jackson was reportedly willing to use if things dragged on, according to Vince Ellis of the Detroit Free Press:

A person with firsthand knowledge of the situation told the Free Press that that Jackson turned down a deal with his previous team, the Thunder, that would have paid him a little more than $12 million per season to back up superstar Russell Westbrook. Jackson balked because he didn’t want to be in Oklahoma City and wanted an opportunity to start.

The person said that if the Pistons want a five-year commitment from Jackson, they probably will have to give him the full freight.

If the Pistons balk, the person said Jackson is willing to bet on himself and take a deal with fewer years and less money, with an option for the final season. That would allow Jackson to further establish himself and ask for a max deal later, when it’ll be worth more money because of the rising cap.

Rather than allowing negotiations to get contentious, scuttling the good will that’s developed since Reggie’s arrival, and risking winding up without Jackson after giving up Kyle Singler, D.J. Augustin and two future second-round picks in the three-way deal that brought him to Michigan, Detroit’s braintrust extended a deal slotting directly between what Brandon Knight and Goran Dragic got earlier this month.

When this free-agency period’s new deals kick in, Jackson will be as the eighth-highest-paid point guard in the NBA in terms of both total compensation and annual salary, just ahead of ex-teammate Westbrook. It’s also the richest contract in Pistons history.

Some of that is a matter of simple timing and circumstance. The NBA’s financial reality is expanding exponentially, with the influx of revenue from the league’s new nine-year, $24 billion broadcast rights deal set to inflate the salary cap to a projected $89 million for the 2016-17 season and an unprecedented $108 million for ’17-’18. Relative to how large a chunk of the cap it occupies, Jackson’s $80 million pact is a substantially smaller deal than the one Westbrook signed back in 2012. (It also won’t be Detroit’s biggest deal ever for long; center Andre Drummond’s eligible for an extension next summer.)

… this deal makes it clear that Detroit will be relying on Jackson rather than Jennings, who has one year and $8.3 million left on his contract, to team with Drummond and carry the Pistons back to contention after six straight years out of the postseason. (Any separation would be a tough beat for Jennings, but as Jackson understands, it’s a business.) 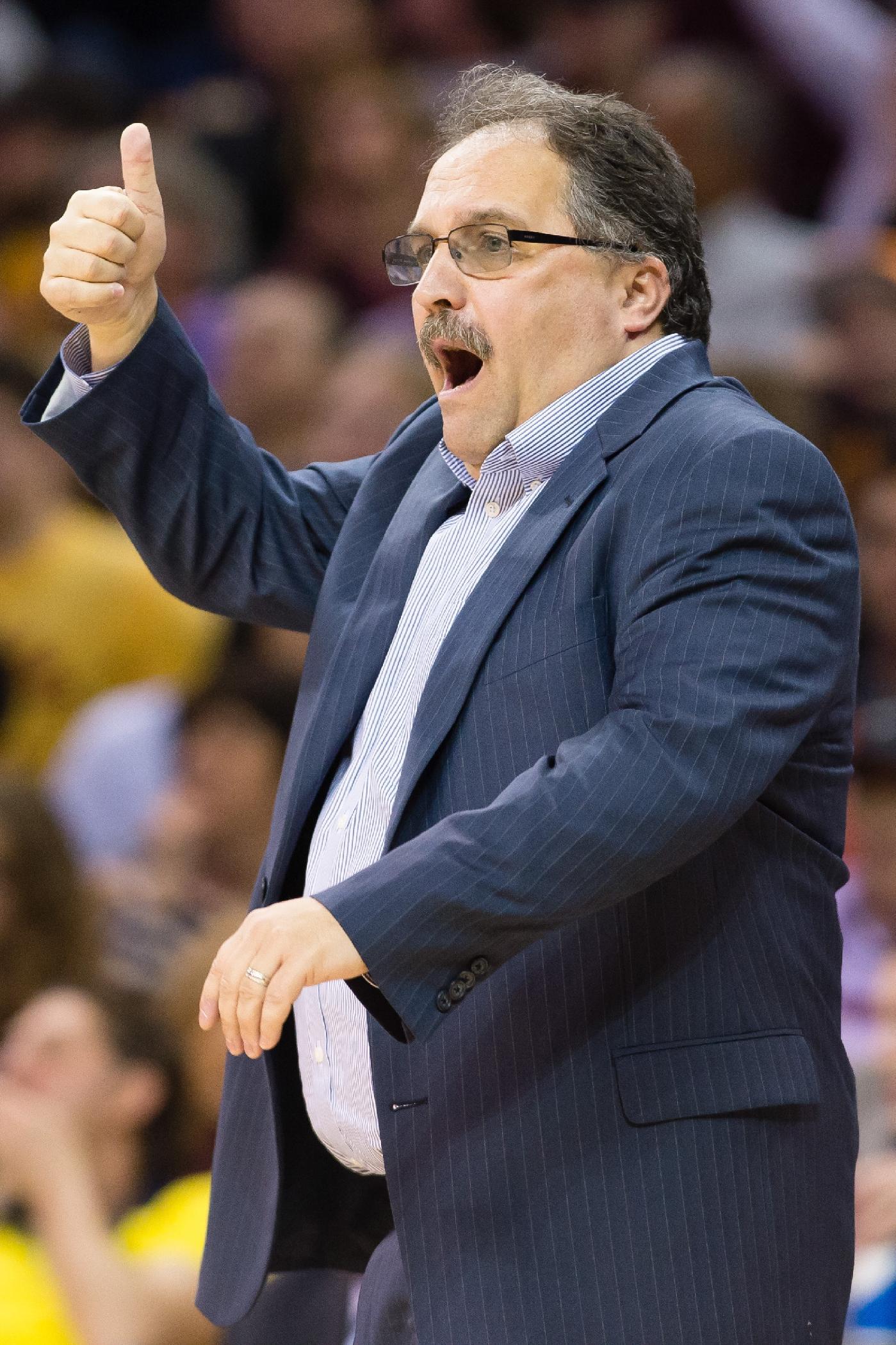 This deal makes it clear that the Pistons believe Jackson can and will perform not only like a quality NBA starter, but like an All-Star. Those are some pretty big expectations for a player who’d made all of 49 starts in 245 career games prior to landing in Detroit.

The 6-foot-3-inch, 208-pound Jackson had put up nice per-minute numbers and some strong individual performances in Oklahoma City, but had just about played himself out of Scott Brooks’ rotation — and his teammates’ good graces — by the time Van Gundy came calling. After struggling to get acclimated in his first 10 games in Detroit, though, Jackson shined brightly down the stretch.

Jackson averaged 19.4 points, 10.3 assists and 4.9 rebounds in 32.9 minutes per game over his final 17 appearances, shooting 47.5 percent from the floor and 40 percent from 3-point land. He turned in 12 double-digit assist performances after coming to Detroit — four times as many as he’d managed in his whole OKC career — and dished dimes on 51.2 percent of his teammates’ buckets, an assist rate that would’ve topped those turned in by Westbrook, Chris Paul and John Wall over the full season.

After frustrating many Thunder watchers by settling for jumpers during his latter days in OKC, Jackson attacked the rim with a vengeance in Van Gundy’s spread pick-and-roll system. He averaged 13 drives to the basket per game, generating an NBA-best 15.6 team points per game off his drives after joining the Pistons, according to NBA.com’s SportVU player tracking data. He paired exceptionally well with the massive and athletic Drummond in the high screen game while also keeping an eye out for his floor-spacers and cutters around the floor; only Paul, Wall, Ty Lawson and the Boston Celtics’ version of Rajon Rondo created more team points per game via assist than Jackson did once he landed in Detroit.

In the 27 games after Jackson arrived, the Pistons scored 106.9 points per 100 possessions in 870 minutes with him on the court, and just 95.5 points-per-100 in 441 minutes with him on the bench, according to NBA.com’s stat tool. That’s the difference between the league’s No. 6 offense, right between the Dallas Mavericks and Atlanta Hawks, and its 29th-ranked unit, ahead of only the woeful 76ers.

The separation was even greater when Jackson played and Monroe sat, as Detroit outscored opponents by a whopping 14.9 points-per-100 in 478 minutes, according to NBAwowy.com. As was the case during the Pistons’ midseason surge, when Jennings thrived after Josh Smith’s removal opened up Detroit’s offense, Jackson soared at the controls of a four-out scheme featuring Drummond in the middle with Kentavious Caldwell-Pope, Jodie Meeks, Caron Butler and Anthony Tolliver spreading the floor.

Van Gundy continues to remake the Pistons roster in the image of his contending Orlando Magic squads. He traded for Milwaukee Bucks stretch four Ersan Ilyasova during the 2015 NBA Finals; landed another capable frontcourt shooter in Marcus Morris through a deal with the Phoenix Suns; and drafted Arizona standout Stanley Johnson, who wasn’t considered a strong marksman entering the NCAA ranks but made 37.1 percent of his triples in his lone collegiate season. The more viable shooting the Pistons add, the more closely defenders will have to mark Detroit’s wings, opening up more room for Drummond and Jackson in the pick-and-roll. The more big, tough, versatile and defensively capable wings the Pistons add — Van Gundy also got former Los Angeles Clippers first-round pick Reggie Bullock from Phoenix — the more likely it is that Van Gundy will be able to hide or mitigate Jackson’s defensive shortcomings as Detroit looks to improve on last season’s bottom-third-of-the-league finish in points allowed per possession.

Put it all together, and you seem to have the ingredients for a context in which the 25-year-old Jackson can maximize his potential. That opportunity is what Jackson longed for while caddying for Westbrook, and what made him so emotional when his number came up back in February.

If Jackson makes the most of this chance and blossoms into an All-Star-caliber lead guard, his contract could wind up looking like a reasonable deal for both parties. If his late-season surge proves to be a small-sample mirage and Detroit’s tuned-up offense sputters off the starting line, Van Gundy could find himself wondering whether paying the full freight to avoid coming up empty was really worth his while.