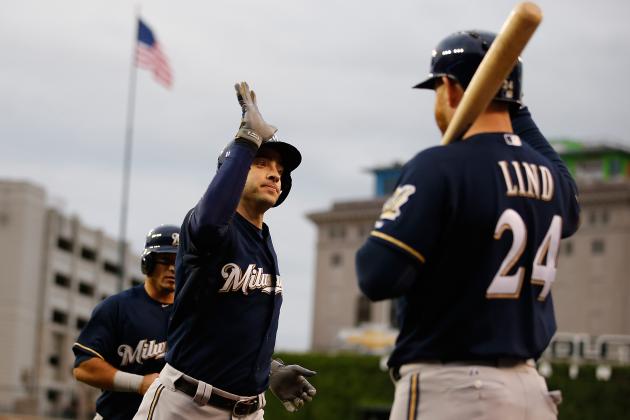 MLB will celebrate Independence Day with a full slate dispersed throughout the day. With start times ranging from 11:05 a.m. to 10:10 p.m. ET, daily fantasy gamers will have ample opportunities to work around the holiday.

A specific slate will dictate a DraftKings strategy for choosing offense, but at least one ace is going at any given time. There are also, however, values available, most notably Clay Buchholz, Michael Pineda and Kendall Graveman as a deep bargain.

The hot-dog-eating contest will have to wait. Here’s a handy guide of top position players to employ on Saturday. 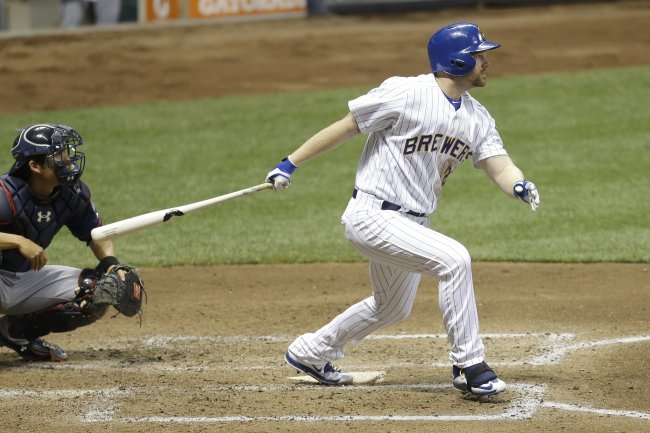 Lind boasts a .900 OPS against righties, and his strong splits vault him into the top pricing tier against Smith. Braun has hit 13 of his 15 homers against righties and is looking more and more like the MVP of old.

Either one or both warrants the hefty price tag against an overwhelmed 27-year-old newcomer.

Opposing lefties are hitting .313/.396/.644 with a .432 weighted on-base average (wOBA) against Kevin Correia. Jace Peterson isn’t an overly appealing daily play, but he wields a .348 on-base percentage versus righties and maximizes his plate appearances in the Atlanta Braves’ leadoff spot. 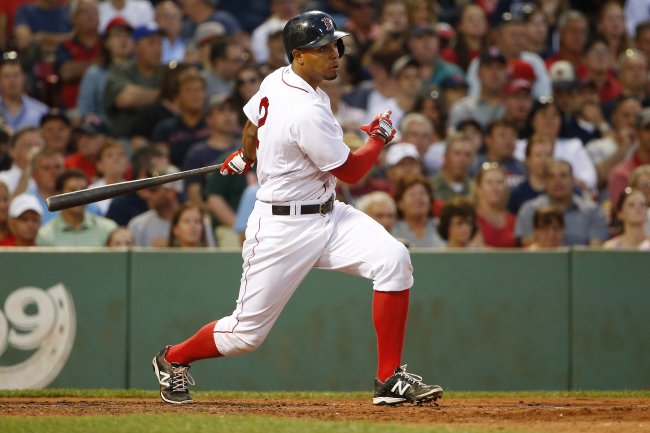 Although everyone is still waiting for the power, Xander Bogaerts is a streaking shortstop with baseball’s fifth-best wOBA at the position.

He has also recently moved up to No. 3 in the Boston Red Sox’s batting order, greatly increasing his run-production chances. The 22-year-old has relished the enhanced responsibility, hitting .333 with nine runs and six RBI through 10 games.

Yet his $3,600 price remains low, partially due to him staying stuck at three homers. Chasing fence-clearing pop is the hallmark of DFS strategy, but players can make an exception for an affordable shortstop hitting .333 since June 1. 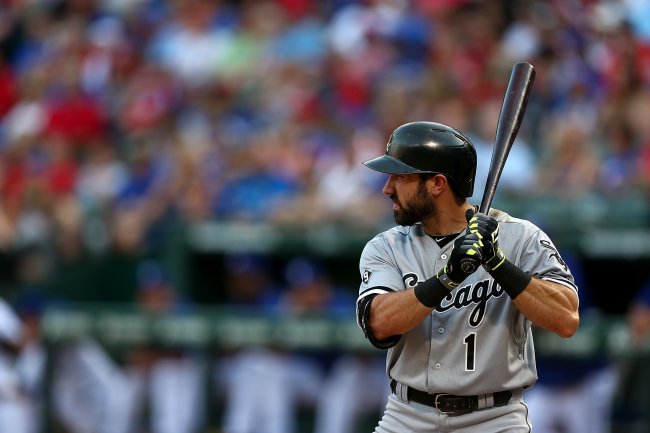 Chris Tillman is an intriguing opponent to target, even against the disappointing Chicago White Sox. The typically OK starter is getting destroyed for a 5.67 ERA with career lows in strikeouts (6.35) and walks (4.08) per nine innings. Righties have registered a .400 wOBA against him this season.

Adam Eaton, locked into the White Sox’s leadoff spot, carries a .342 on-base percentage against righties this year. After a horrendous April, the outfielder is since batting .268/.338/.423 with five homers and four steals.

The Cleveland Indians are facing lefty Jeff Locke, so play Ryan Raburn. The platoon specialist is hitting .313/.402/.563 against southpaws, and as always, he will cost next to nothing.

Note: All advanced stats are courtesy of FanGraphs.

DraftKings is hosting one-day MLB contests! Claim your free entry by clicking on the link and making a first-time deposit!