You are here: Home / Basketball / Rajon Rondo gets a shot to rebuild his reputation with the ever-confusing Kings 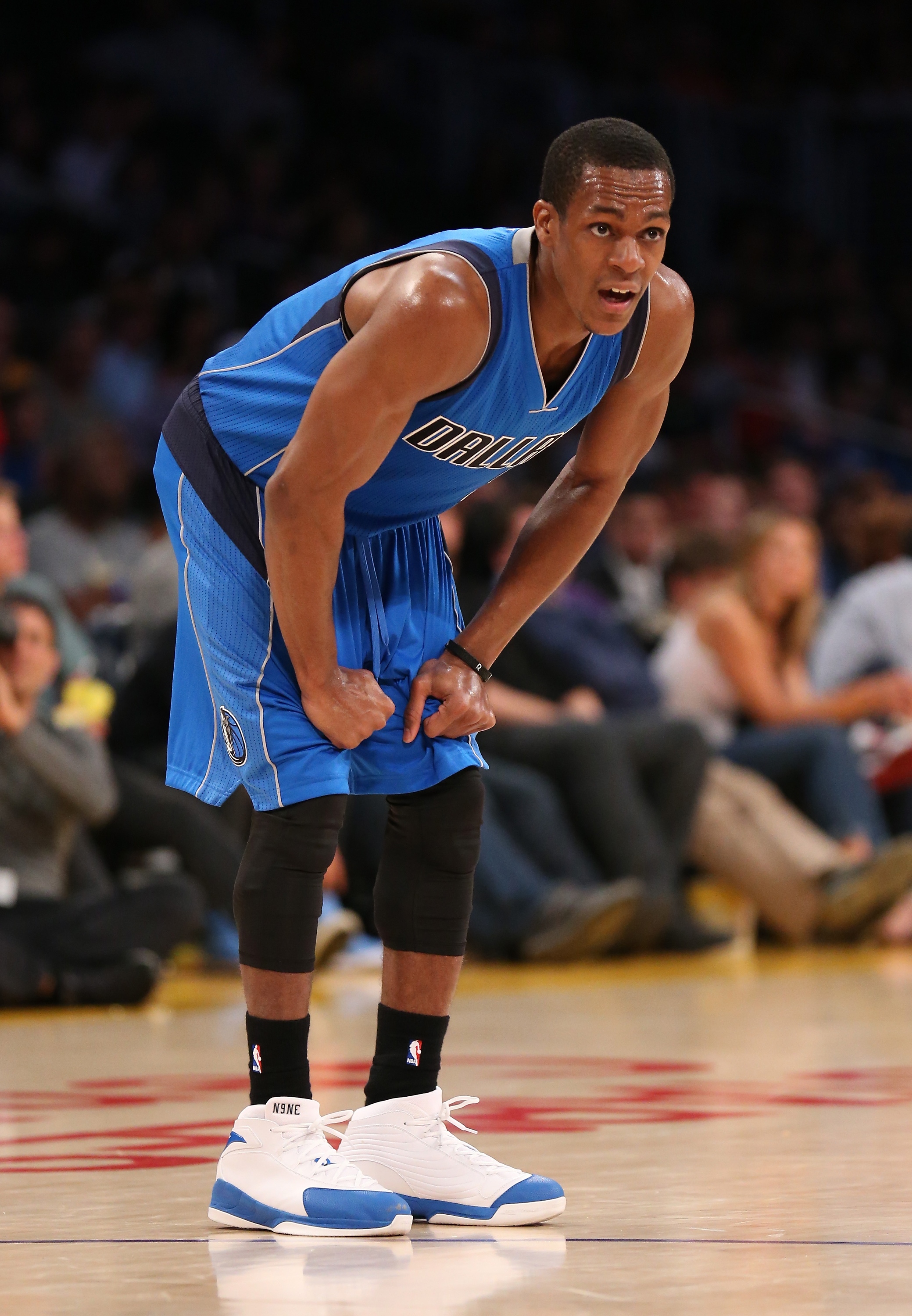 Rajon Rondo’s 2015 free agency was always less about finding a long-term home than it was figuring out which NBA team allowed him the best chance to avoid taking a serious paycut while simultaneously finding a chance to rebuild his waning reputation. For the eternally enigmatic 29-year-old point guard, that pursuit almost assured that he was going to end up with the Sacramento Kings. As reported by Yahoo’s Marc Spears, Rondo will join the Kings on a one-year, $10-million deal that frees him up to pursue new opportunities when the cap rises in 2016.

The salary allows Rondo to save face after a disastrous few months with the Dallas Mavericks. Following his trade from the Boston Celtics in December, Rondo turned one of the league’s best offenses into a less potent unit while engaging in public disagreements with head coach Rick Carlisle over which man would exert greater control over playcalling (or a lack thereof). That relationship culminated in a spectacular flameout during their first-round series against the Houston Rockets, a one-sided sweep that saw Rondo play only the first two games “due to” a questionably serious back injury. The situation was so toxic that Dallas didn’t even give Rondo a playoff share.

The Kings seem to think they can unlock the old Rondo, although it’s not apparent that they are a functional enough organization to put him in a position to succeed. Over the past several weeks, the Kings have gone through confounding internal power struggles and cleared cap space to set themselves for a free-agent bounty only owner Vivek Ranadive and lead personnel man Vlade Divac seemed to want. When targets Wesley Mattthews and Monta Ellis went elsewhere (for less money, in at least the case of the former), Sacramento settled for Rondo, who always appeared to be part of their plans, and ex-San Antonio Spurs shooter Marco Belinelli, also added on Friday at $18 million over three seasons. The eight-figure salary for Rondo seems high and potentially the product of a team bidding against itself, but that money had to go somewhere once Divac made it available.

In a way, then, the Kings have succeeded simply because they finally got a player they wanted. They (or maybe just Ranadive) clearly like the idea of Rondo applying his near-limitless creativity to an offense that ranked towards the middle in efficiency last season. Plus, past versions of Rondo fit into head coach George Karl’s desire for a ball-dominating, creative point guard who can get out in transition.

However, what the Kings want in the short term does not necessarily match with what they need to become a better team. For one thing, Ranadive and Divac’s front office appears to change its mind every few months, if not weeks, and operates with levels of ignorance and gullibility that approach willfulness. (The ongoing Karl kerfuffle is just the most obvious example — any organization that had researched his past would have known that he would not enjoy coaching DeMarcus Cousins and eventually want to trade him.) It’s hard to believe that they or Karl will commit to giving Rondo the free rein he desires over the offense, because they have a habit of moving on to the next option at the first sign of difficulty or failure. As the Mavericks learned, an unhappy Rondo can create lots of problems for an otherwise stable team, let alone a mediocre one. Like Cousins, Rondo has a very clear sense of what he considers correct or logical. Imagine what could go wrong with a franchise that changes its lead executive or coaches every couple months.

In the presence of such fundamental issues, Rondo’s on-court problems may end up having a minor impact on the Kings’ win-loss record. Unfortunately, there are plenty of them. Never a capable shooter, Rondo is an odd fit in a contemporary NBA that prizes floor spacing and the presence of multiple playmakers. Those deficiencies are even more problematic given that Rondo is as ineffective a scorer as he’s ever been — he shot 40.5 percent from the field in 22 games with Boston (in line with his 2013-14 numbers) before rising to 43.6 percent for a Mavericks squad with plenty of scoring options. This is not a pretty image:

Even worse, Rondo simultaneously saw his assist numbers dip to 8.9 per game with a 39.3 assist percentage last season, both among the worst marks of his career. Rondo used to be able to make up for his weaknesses by getting to and creating from spots other players couldn’t, but he now has a hard time exerting that will over a game.

These tendencies all create problems for a Kings team that scores best when it goes through DeMarcus Cousins in the post. The presence of Rondo could allow defense to collapse on Cousins without fearing open shots on the perimeter. Rudy Gay likes to handle the ball, as well, and keeping Rondo off the ball is pretty much the worst thing an offense can do. Any offensive value he has exists when he’s creating passing lanes with probing drives and elite court vision.

What about defense, where the Kings ranked 27th in points allowed per 100 possesions last season? Despite a reputation as an excellent defender, Rondo is not the ballhawk he was as a young star in Boston and often struggles at the point of attack. Incumbent starter Darren Collison isn’t especially good in this area either, but he puts forth the necessary effort and isn’t clearly worse on balance.

There is potential for Rondo to escape the doldrums of his career and recapture a significant portion of the form that made him one of the most fascinating and inventive players in basketball over many years with the Celtics. The best-case scenario likely involves Rondo focusing enough to improve his defense and to dominate the offense in a way that leads to plenty of assists. Yet that situation would allow him to prove his worth before he goes back on the free-agent market in 2016, at which point he probably won’t want to play for the lottery-bound Kings much longer.

It is hopefully clear that this is a best case for Rondo, not the Kings. This franchise and roster needs too much for a resurgent Rondo to help them make the postseason in the loaded Western Conference. There are too many gaps across the squad, too many ill-fitting parts and areas of weakness that could only be fixed by one of the NBA’s two or three greatest players.

It’s a predictable move for a franchise that seems addicted to instant gratification. Perhaps the Kings will eventually learn that constructing a quality team requires more than chasing after one.