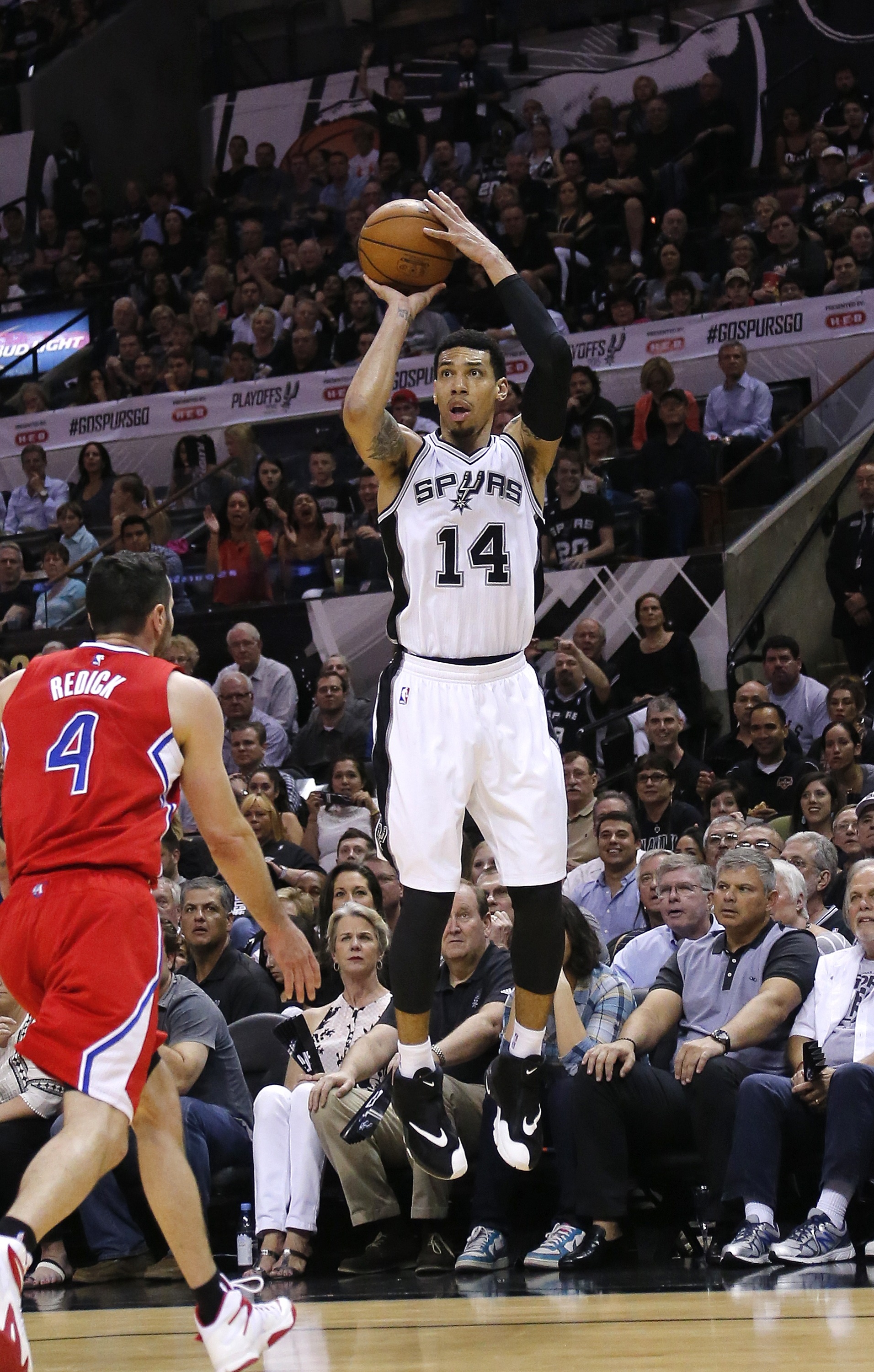 Danny Green was rumored to have all sorts of suitors as one of the premier “3-and-D” wing players on the free agent market. Ultimately, though, the 28-year-old shooting guard decided that there’s no place like home — and was willing to give the San Antonio Spurs a hometown discount to stay put.

Green agreed to a four-year, $45 million contract on Wednesday morning that will keep him in San Antonio through the 2018-19 season, as first reported by ESPN.com’s Chris Broussard and subsequently confirmed by multiple reports.

Despite reported interest from multiple teams with cap room, including the Detroit Pistons, Sacramento Kings and New York Knicks, Green preferred the devil he knew to the ones he didn’t, with the Spurs’ championship-winning past and potentially bright future factoring heavily into his decision-making process:

Danny Green on return 2 SA: “I’m very excited to be back, esp bc it looks like we might be getting some other pieces. We have a good future.

Shortly thereafter, Green decided to get a little more specific on the “other pieces” tip:

… and, unsurprisingly, deleted that tweet pretty darn quickly. It might not be tampering, considering neither Green nor LaMarcus Aldridge are actually officially under contract with an NBA team right now, but you’d figure it’s still not quite the shot selection that Gregg Popovich and R.C. Buford would prefer.

Not that Green’s note on the Spurs pushing for Aldridge is exactly tantamount to revealing a state secret (even if your head coach used to be a spy).

San Antonio’s been considered one of the leaders in the race for the services of the longtime Portland Trail Blazers power forward, able to offer the attractive combination of playing under three-time Coach of the Year Popovich and alongside about-to-be-maxed-out small forward Kawhi Leonard for a perennially successful franchise that hasn’t missed the playoffs since 1997 and has won 50 or more games in 17 of the past 18 seasons (with the lone miss coming in the 50-game lockout-shortened ’98-’99 campaign), making the conference finals nine times in that span and winning five NBA championships.

And after Wednesday’s trade of big man Tiago Splitter to the Atlanta Hawks (thanks, Coach Bud!) cleared an additional $8.5 million off the Spurs’ 2015-16 books, the Spurs’ contingent — which reportedly included future Hall of Famer Tim Duncan and star point guard Tony Parker — walked into their Wednesday free-agent meeting with Aldridge armed with just about enough financial flexibility to add a hefty annual salary to everything else that makes their proposal so enticing.

It might not quite be enough flexibility to offer a max quite yet:

Quite a lot of it. Basically, Duncan and Manu need to commit cheaply now. RT @ctown2thdoc so they still need to clear more room?

… but with Duncan and Manu Ginobili having established time and again over the years that they’re willing to take a haircut to stick around, the 2015-16 cap line expected to be about $2 million higher than initially projected, and a pair of low-cost reserve guards (Patty Mills, owed $7.15 million over the next two years; Cory Joseph, owed a shade over $3 million for this season on his qualifying offer) available to be packaged and traded if additional room’s needed, that seems to be more a matter of logistics, dominoes falling and ducks lining up in size order.

None of it seems to constitute a major monkey wrench likely to scuttle the Spurs’ pursuit of another All-Star-caliber big man to anchor the offense and take the reins from Duncan if and when he decides to hang ’em up. (Although, as good as Duncan was last year, averaging 13.9 points, 9.1 rebounds, three assists and two blocks in 28.9 minutes per game en route to All-NBA Third Team and All-Defensive Second Team selections, there’s at least a decent chance he might just keep chugging along for a bit.)

Whatever winds up coming of the Aldridge pursuit, locking in Green at an average annual value of just north of $11 million looks like a steal, especially in a financial environment in which the salary cap is set to explode in the next two years — to a projected $89 million in 2016-17 and a whopping $108 million in 2017-18 — thanks to the coming influx of revenue from the new nine-year, $24 billion broadcast rights deal the NBA landed earlier this year. An eight-figure deal for Green tomorrow is like a more modest seven-figure deal under last year’s model:

Comps for Danny Green’s 4/45 deal based on last year’s salaries and cap: pic.twitter.com/6YwwEmCs9D

… which, considering what Green does and how well he does it, is an awfully nice deal.

Green doesn’t create loads of shots on his own, have a particularly flashy off-the-dribble game or dazzle you with an array of post-up moves and fadeaway jumpers, but that doesn’t really matter. He’s a high-volume sniper, a 42 percent career 3-point shooter whose ability to knock down open triples from both the corners and above the break off drive-and-kick feeds from the likes of Parker and Ginobili has helped turn him from a fringe NBA prospect cast off by the Cleveland Cavaliers who toiled in the D-League into someone capable of playing a major offensive role for one of the most efficient and effective point-producing clubs in the NBA.

Only 13 players have attempted more 3s than Green over the past four seasons. Only three — Atlanta Hawks sharpshooter Kyle Korver, reigning NBA MVP Stephen Curry of the defending champion Golden State Warriors and well-traveled veteran point guard Jose Calderon — have connected at a higher clip. While some folks around the league wonder whether Green’s the sort of guy whose offensive efficiency and effectiveness has been inflated by playing in the near-perfect conditions afforded by the presence of Duncan, Parker, Ginobili and the rest of the Spurs’ talent in the pristine spacing of Pop’s ball- and player-movement-heavy offense, that kind of shooting accuracy on the volume of shots Green’s been taking is nothing to sneeze at … especially now that he gets to keep operating inside that warm, friendly, healing San Antonio bubble. 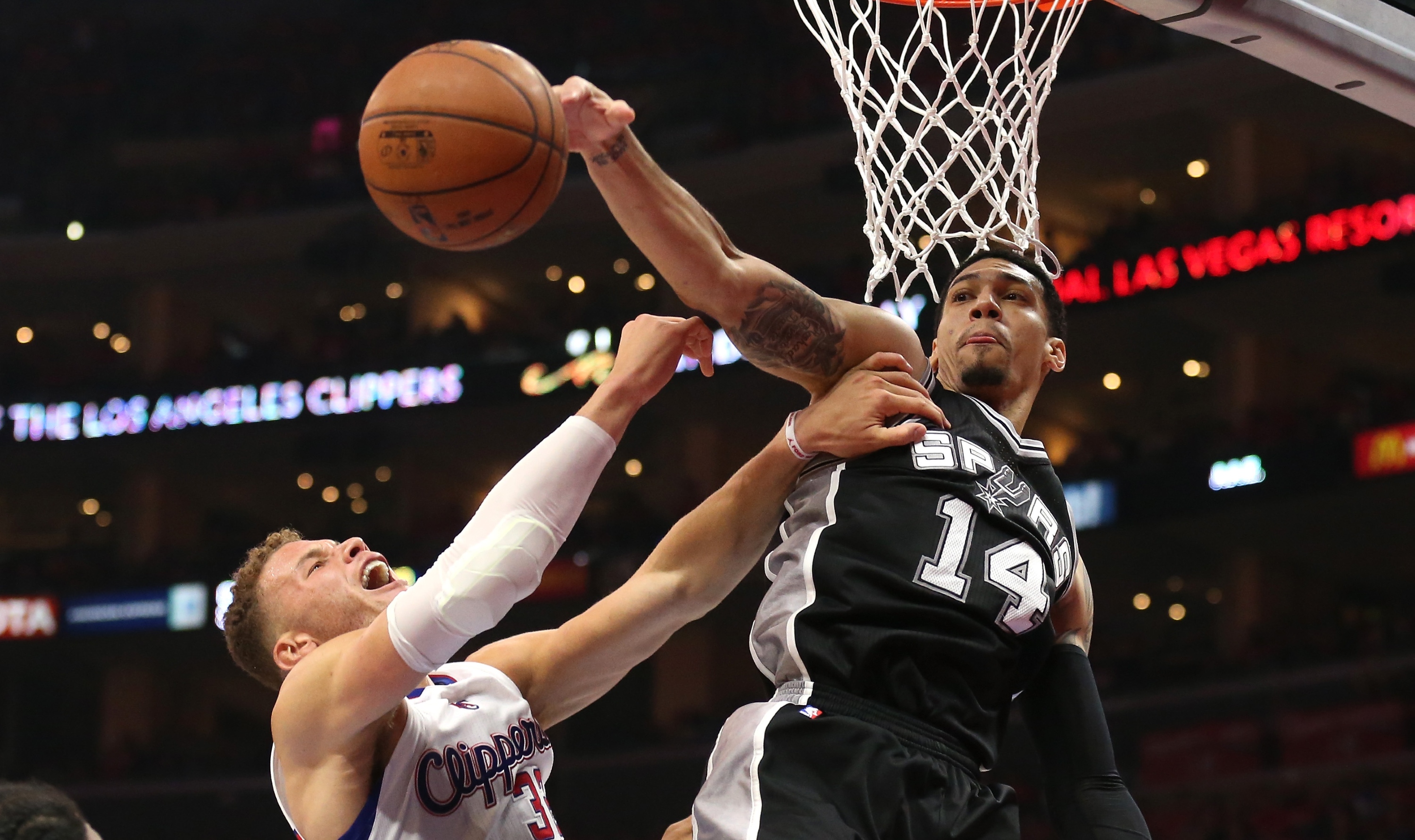 Green also offers world-class perimeter defense at multiple positions, with his 6-foot-6 frame, 6-foot-10 wingspan, quick feet, balance and smarts helping him effectively shut down playmakers at the point guard, shooting guard and small forward positions. He’s a smart and attentive defender both on and off the ball; he’s got quick hands and great timing when snooping for steals and blocks, averaging career per-game and per-minute highs in both categories last season; and he’s well-versed in the Spurs’ rules for handling the pick-and-roll and attempting to wall off the paint against scoring threats who are great off the dribble but a bit iffy when casting off from outside.

If the Spurs land Aldridge, Green’s just the sort of capable ball-mover and marksman who could feast on the kind of attention that LaMarcus demands when posting up, as Damian Lillard, Wesley Matthews and Nicolas Batum did in Portland over the past couple of seasons. If they don’t, they’ve still locked up one of the game’s best two-way wing players to a contract that covers the remainder of his prime and ought to age well even as he hits the other side of 30. There’s an awful lot to like here, regardless of which “other pieces” wind up arriving. (Here’s betting that Pop’s not going to invite Danny to any recruitment meetings any time soon.)