Dwayne Johnson knows a thing or two about what it takes to generate interest on a microphone. It’s one of the reasons he is captivated by UFC featherweight title contender Conor McGregor.

McGregor, one of the UFC’s hottest prospects, takes on divisional king Jose Aldo at UFC 189 in Las Vegas in July. McGregor has built his rise on devastating performances inside the cage and wild media snippets outside of it.

Johnson, admittedly, loves watching a good fight, but it’s McGregor’s ability to generate buzz and create emotion that have one of Hollywood’s biggest stars seeing a lot of himself in the Irish upstart. 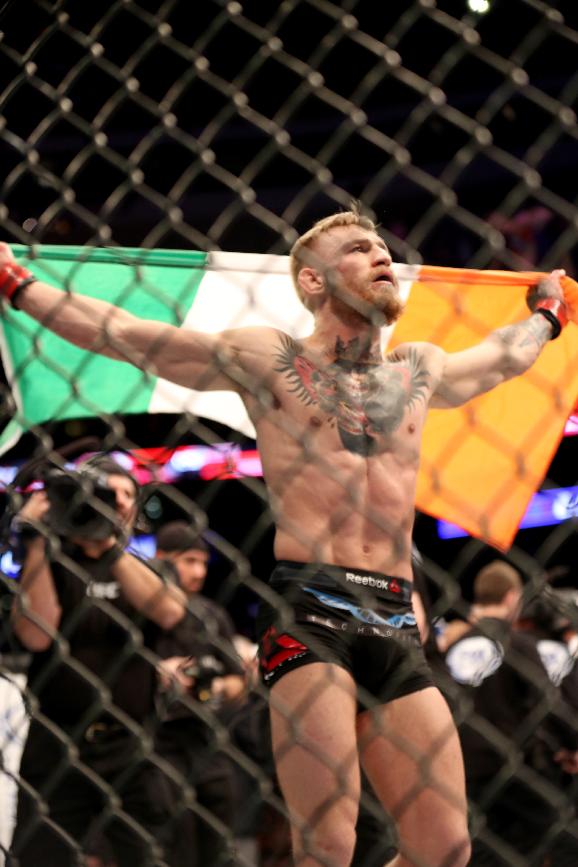 “I love that guy,” Johnson said in a recent interview. “What I love about Conor is the same thing, by the way, what I love about Aldo. With Aldo, there’s a quiet confidence. In Conor, the confidence is not quiet.

“It reminds me of how I was in the WWE, man. I was bold, talking [expletive] and there was nothing I wouldn’t say … obviously in the WWE it’s a work. It’s not real, we know who wins and loses. But I would do everything I could, just in terms of what could I do to create interest. And Conor’s a smart guy like that; he creates great interest.”

“The Rock” famously started his pro career as a slick-tongued wrestler for sports entertainment behemoth, World Wrestling Entertainment. Today, Johnson is the pound-for-pound box office king and one of the most recognizable faces in the world.

Johnson is currently in the midst of an all-out media tour for his summer blockbuster “San Andreas.” Over his career, The Rock has been a vocal proponent of fight sports, and specifically Dana White’s UFC.

From declaring himself “King” of the entire sport to snatching the champ’s belt right out from under his nose at a news conference in Brazil, McGregor has had more than his fair share of headline-worthy moments. The Rock never fought professionally, however, he is familiar with high-level athletic competitions, as he was a member of the 1991 national champion Miami Hurricanes.

Johnson loves what McGregor is doing in the buildup to UFC 189. He admits that everyone has a “puncher’s chance” and that McGregor is a “bad dude.” But it’s McGregor’s ability to harass and annoy the champion that Johnson thinks could pave the way to potential UFC gold for the Irishman.

“We’ve all seen that by the way – Conor get under Aldo’s skin – it becomes an edge, man,” Johnson said.