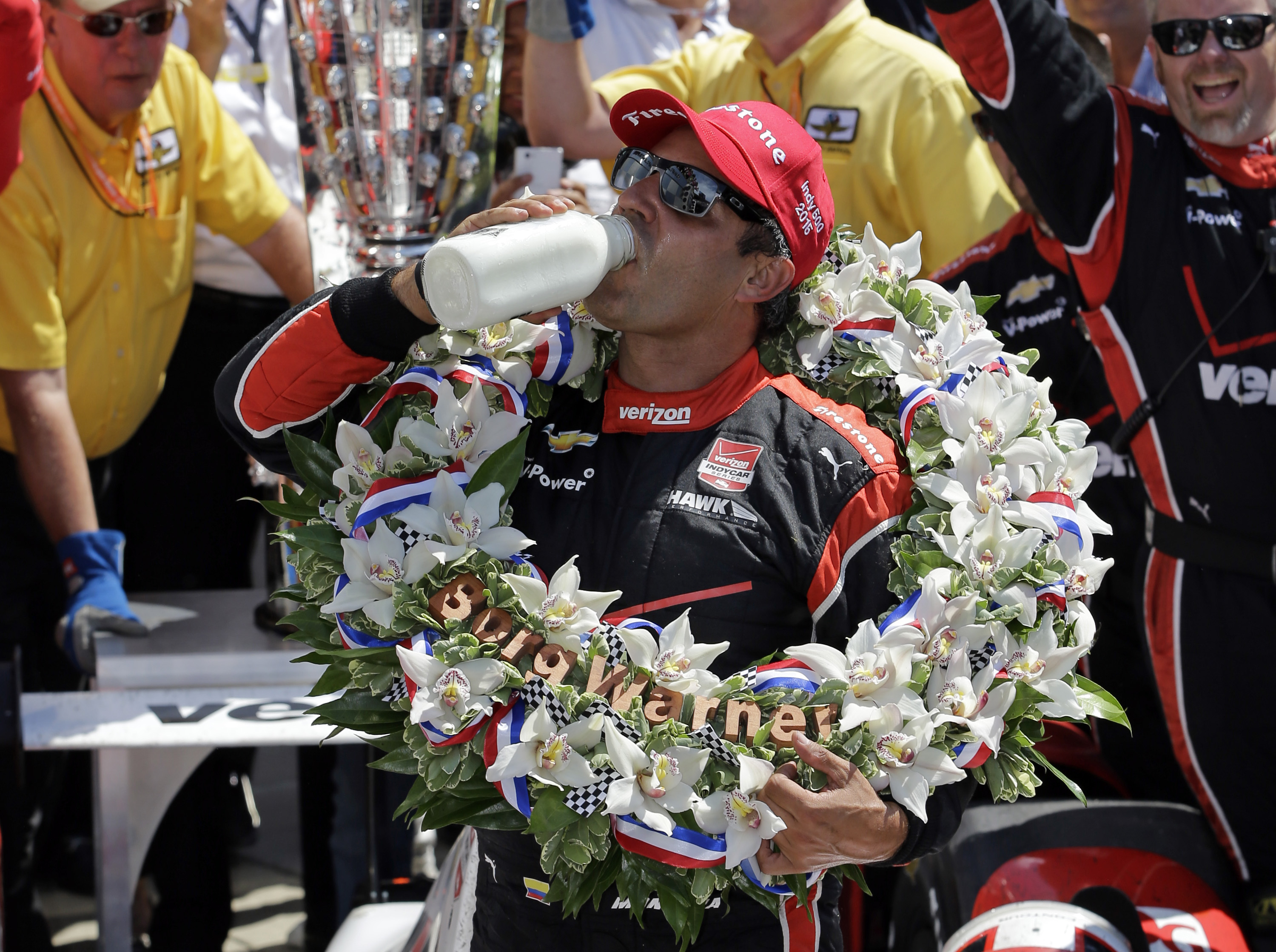 The final segment of the race featured multiple lead changes among three drivers: Montoya, Will Power and Scott Dixon. As one car would go to the lead, the two cars behind would catch up via the draft a lap or so later and make a move to the front. It was a seemingly endless and incredibly enjoyable cycle.

The winning move came when Montoya got around both Power and Dixon with three laps to go. Montoya was third and slipped past Dixon with an insane outside move entering Turn 3. He kept the run going and got into Power’s wake through Turn 4 and passed the 2014 IndyCar Series champion down the frontstretch.

“This is what racing in IndyCar is all about,” Montoya said. “Awesome racing all the way down to the wire.”

The last 15 laps were set up by a vicious crash involving Sebastian Saavedra, Jack Hawksworth and Stefano Coletti. Hawksworth and Saavedra made contact in Turn 4 and Coletti slammed into Saavedra, who had just hit the wall. Saavedra was carried to a nearby safety vehicle after he was extricated from the car and his right shoe appeared to be off his foot.

The win is Montoya’s second career Indianapolis 500 victory and the 16th for team owner Roger Penske. Montoya won the race in 2000 while driving for Chip Ganassi and becomes the first driver to win the 500 with both Ganassi and Penske, the two most powerful owners in the IndyCar Series.

It’s also the first time Penske has won both the Daytona 500 and Indy 500 in the same year, with Joey Logano having won in Daytona back in February. Ganassi had previously won both in the same season in 2010, via Jamie McMurray in Daytona and Dixon in Indy.

It’s the crowning moment for Montoya in his return to open-wheel racing after a stint in NASCAR. Montoya, also a seven-time winner in Formula 1, drove for seven seasons with Ganassi in NASCAR’s Sprint Cup Series from 2007-2013. He parted ways with the team after the ’13 season and joined Penske for the 2014 IndyCar season. He’s one of three drivers – in addition to Mario Andretti and Dan Gurney – to win in American open-wheel, Formula 1 and NASCAR’s top level.

Montoya’s Sunday got off to an inauspicious start. While the race was under caution for a first-lap crash involving Takuma Sato, Sage Karam and others, Montoya was hit from behind by Simona de Silvestro. The impact damaged the right-rear tire cover on Montoya’s car and he ended up pitting three times during the caution to have the piece repaired and other adjustments to his car made.

Montoya restarted in 30th, patiently picking up spots and, thanks to a well-timed caution in the middle of the race, got back near the front of the field, a place he stayed for the duration of the race.

“Montoya, coming all the way from the back,” Penske said. “I’ll tell you, you give that guy the bit and put it in his mouth, as you know, he doesn’t give up.”