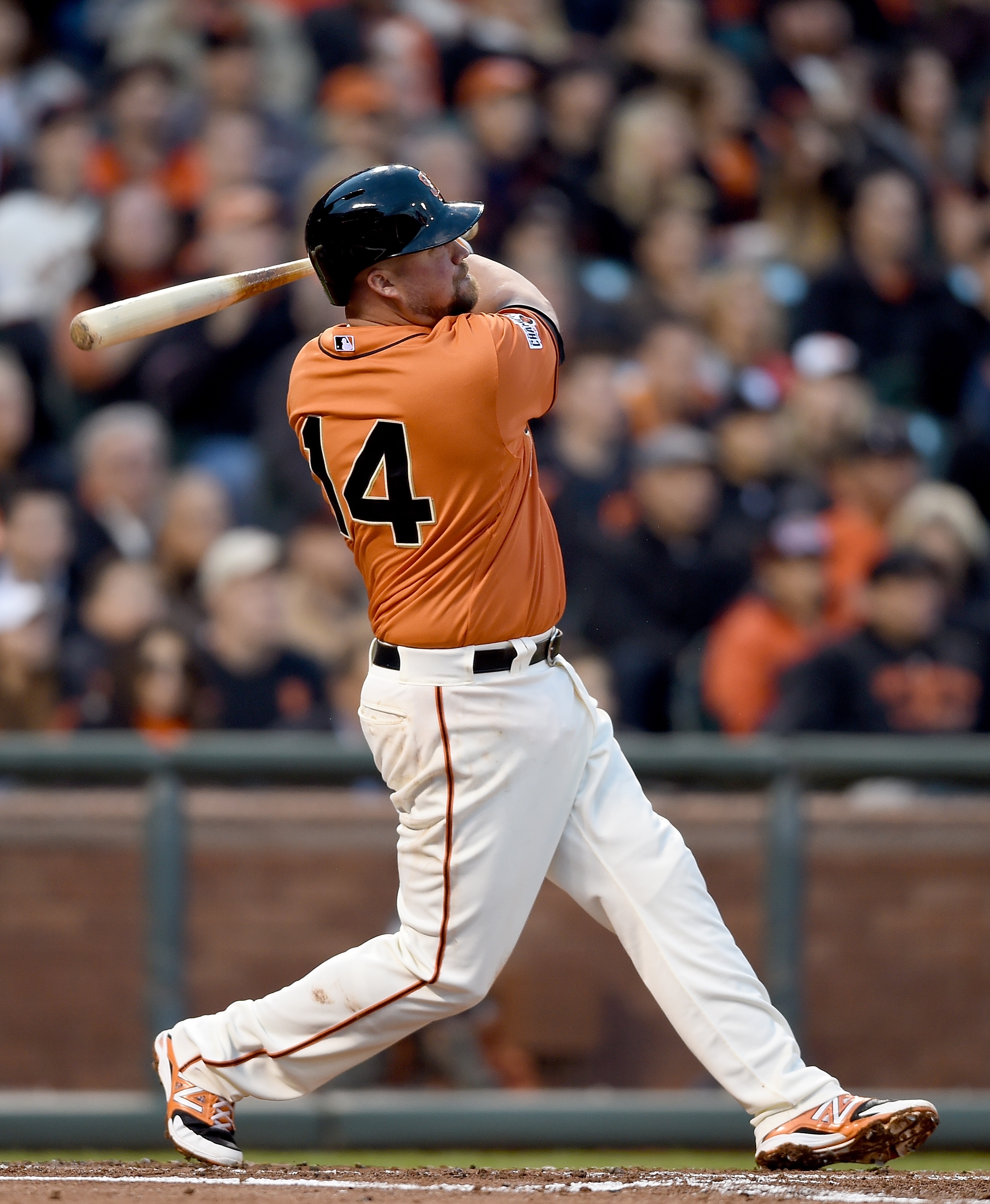 The Casey McGehee era in San Francisco has come to an end. The Giants designated the veteran third baseman for assignment Sunday morning.

[Woah, The Stew has a podcast now?! Yep, you should listen.]

The club didn’t wait all that long to make the move. McGehee played in just 35 games with the team after being acquired during the offseason. The 32-year-old hit just .200/.254/.282 over 118 plate appearances.

The team will now have 10 days to trade, waive or outright McGehee. Any team can put in a claim for McGehee on waivers, but it’s assumed his $4.8 million salary will scare clubs away.

McGehee has not decided whether he would accept an assignment to Triple-A, according to Andrew Baggarly of the Mercury News.

“That’s not a decision I feel I’m capable of making in 10 minutes,” McGehee said. “There’s other people involved, my family. When I’m here I try to play for the team and do what the team asks, but as far as life, you’ve got another team you’ve got to consider and that’s your wife and your kids.

With McGehee out of the picture, the club will roll with rookie Matt Duffy at third. McGehee met with Duffy after he had been given the news, and told the rookie that he shouldn’t feel conflicted about the situation.

“I just want Duff to make sure he has nothing to feel bad about,” McGehee said. “He’s doing his job, he’s doing it really well, and you know, the rest of it I’ll leave between us. But basically I wanted to make sure that he knew he has absolutely nothing to feel bad about. He should be proud that he’s forced the issue to the point where you’ve got to get him on the field, and that’s what his job is. That’s what he’s supposed to do.”

The 24-year-old Duffy has hit .299/.330/.402 over 105 plate appearances thus far.
McGehee told reporters he did not believe he had played his final major-league game, though it’s unclear where or when that will happen. If this is the end of the line for McGehee, it would end one of the more unique careers in the game.
After being claimed off waivers by the Milwaukee Brewers, McGehee developed into a solid third baseman for two seasons. His production dropped in 2011, and he became a part-time player in 2012. Following the 2012 season, McGehee left for Japan.
He was fantastic overseas, hitting .292/.376/.515. His performance earned him a shot with the Miami Marlins, where he posted a solid comeback season in 2014. Following Pablo Sandoval’s departure, San Franciso acquired McGehee to be their starting third baseman in December.
Clearly, the move didn’t work out. After a slow start, the Giants have managed to claw their way back into the National League West race. While it’s rare to see a team part ways with a veteran this soon into the season, this is a team that has earned some trust over the past couple years.

McGehee is a great story, and seems like a great teammate, but he wasn’t giving San Francisco the production they were seeking. McGehee has already played his way out of the league once. It’s unclear whether he’ll get a third chance now.