Brandon Belt nearly visits Coors Field party deck with mammoth homer Just when you thought it was safe to party at Coors Field on a Friday night, Brandon Belt of the San Francisco Giants is here to crash it. Or at the very least make you reconsider your choices in life. During Friday's wild 11-8 victory against the Rockies, Belt unloaded on a Kyle Kendrick offering and sent a towering, … END_OF_DOCUMENT_TOKEN_TO_BE_REPLACED

Coyotes hire 25-year-old analytics wiz John Chayka as assistant GM Unlike many analytics gurus, John Chayka has an Internet Hockey Database player page. It’s not exactly a storied career – 101 games with the Woodstock Slammers of the junior Maritime Hockey League – but it’s something.  Perhaps that made the world safe for a guy with no previous front office experience to land an assistant … END_OF_DOCUMENT_TOKEN_TO_BE_REPLACED

Reds manager Bryan Price ejected before game against Indians Apparently, Bryan Price had something better to do than stick around at Progressive Field in Cleveland. The Cincinnati Reds manager was actually ejected from Saturday's afternoon game against the Cleveland Indians before the first pitch was even thrown. Price was given the heave-ho by crew chief Jim Reynolds as the lineup cards … END_OF_DOCUMENT_TOKEN_TO_BE_REPLACED 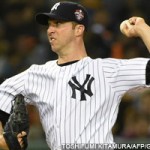 Week That Was: Week That Was: Yankee Shake Up Saturday, May 23, 2015 The Yankees have jumped out to a surprisingly strong start in the AL East, and they've done so while piecing together a rotation. Hiroki Kuroda and Brandon McCarthy are gone, CC Sabathia is a mere shadow of his former self, and Masahiro Tanaka has been battling arm soreness again, but the Yanks have found a way. Now they'll … END_OF_DOCUMENT_TOKEN_TO_BE_REPLACED

Cycling-Contador back in pink with sparkling time trial performance (Reuters) May 23 (Reuters) - Alberto Contador took a commanding lead in the Giro d'Italia on Saturday with a strong performance in the 14th stage, a 59.4-km individual time trial won by Vasil Kiryienka of Belarus. After losing the pink jersey to Italian Fabio Aru after a crash on Friday, the Spaniard finished third on the … END_OF_DOCUMENT_TOKEN_TO_BE_REPLACED 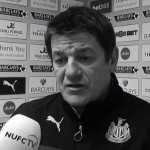 How the Ducks soared so far this postseason Before Anaheim's Western Conference Final series with the Blackhawks, the Ducks were seen as a pretty good team and an even match for Chicago.  Now, after three games in the Western Conference Final and a 2-1 series lead, one has to wonder if the Ducks were underrated going into this match up. Anaheim is 10-2 in these playoffs. One loss was against … END_OF_DOCUMENT_TOKEN_TO_BE_REPLACED

Atlanta's Kyle Korver out for the rest of the playoffs with an ankle injury What was at one point a dream season – four All-Stars, the Eastern Conference’s best record , home court advantage against LeBron James’ Cleveland Cavaliers in the Eastern Conference finals – has been shot to bits within four days’ time. Not only are the Atlanta Hawks down 2-0 to those Cavaliers, but the team’s … END_OF_DOCUMENT_TOKEN_TO_BE_REPLACED 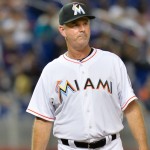 Live: Updates from best of Saturday's games Welcome to the Eye. It is here that we'll be building out a monster of a daily recap post throughout the day and night. We'll have recaps, injury news, rumors, fun stuff and a look ahead to Sunday. Park it here or just come back in the morning, to each his or her own. As for Saturday, the best pitching match-up may be Matt Harvey of the Mets against … END_OF_DOCUMENT_TOKEN_TO_BE_REPLACED