You are here: Home / Basketball / Tony Allen out for Grizzlies-Warriors Game 5 with left hamstring injury 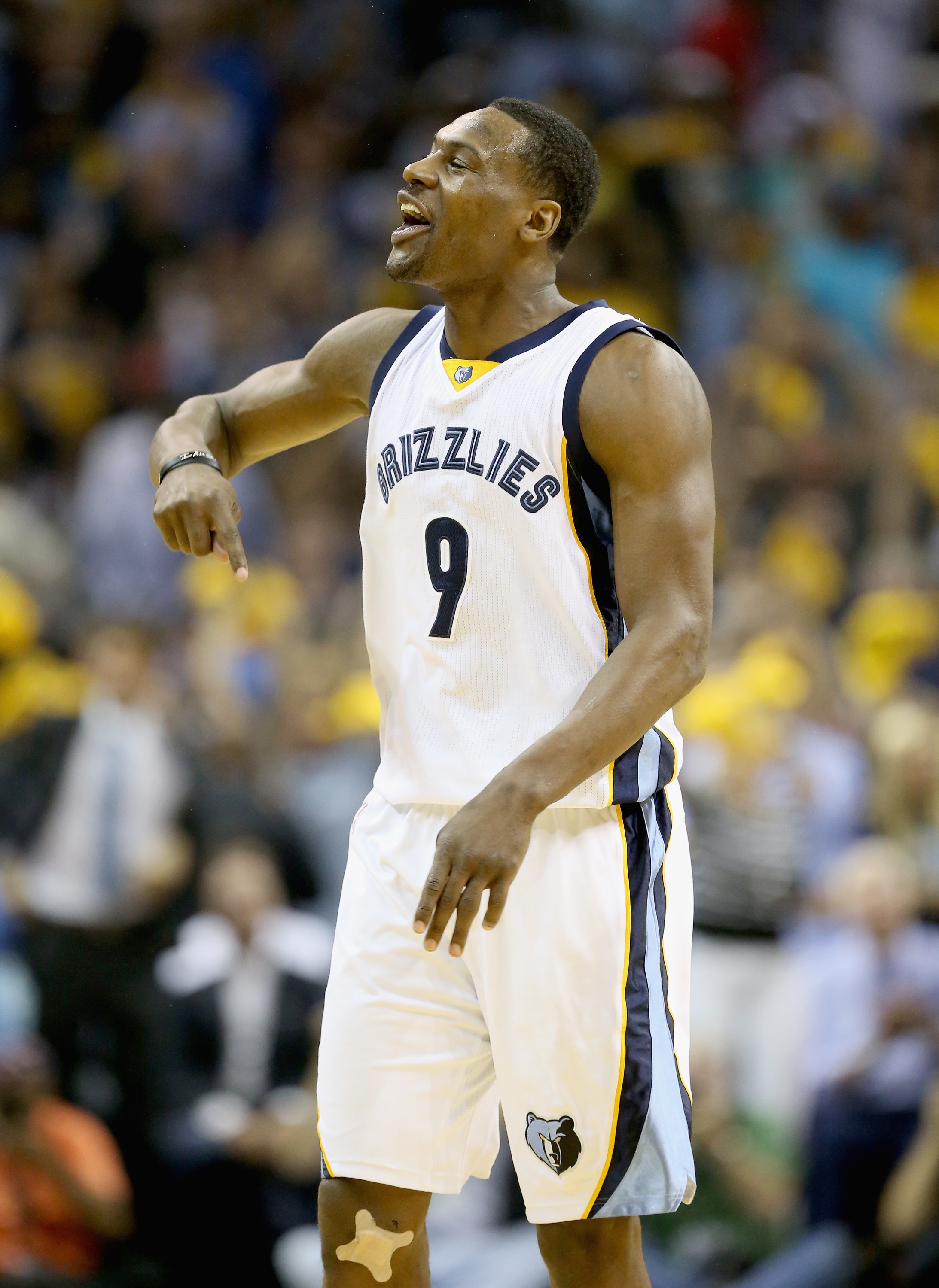 The Grindfather will miss the most important game of the Memphis Grizzlies’ season so far. Veteran wing Tony Allen will sit for Wednesday night’s pivotal Western Conference Semifinals Game 5 against the Golden State Warriors at Oracle Arena due to a sore left hamstring injury. Allen had been declared a game-time decision earlier in the day before being ruled out.

Update: Tony Allen (hamstring) is out for @memgrizz tonight vs. @warriors in Game 5

Allen’s absence comes as a blow to a Grizzlies team that took control of the series thanks in large part to his disruptive defense and activity in Games 2 and 3. However, the Warriors effectively neutralized Allen in Game 4 by allowing him to hoist up wide-open jumpers. Allen missed all three of his three-point attempts (a season-high) in just 16 minutes of action. This injury had not been widely discussed prior to Wednesday, but head coach Dave Joerger said that Allen has been struggling with hamstring soreness for some time.

With Allen out, the Grizzlies will most likely hand his minutes to offensive-minded players Jeff Green and Vince Carter. Neither can come close to approximating Allen’s defense, but they could help the Grizzlies bounce back from the offensive difficulties that plagued them in Game 4.