It might be time to start talking about New York Yankees pitcher Michael Pineda as if he’s one of the best in the game.

The 26-year-old turned in a phenomenal start Sunday against the Orioles, striking out 16 hitters over seven innings. Pineda was fantastic during the outing. He allowed one run on six hits, and did not issue a walk. The start put him in select company.

Matt Snyder of CBSSports.com dug a little deeper, and found out there have only been two other pitchers to repeat those numbers since 2010, Randy Johnson in 2001 and Mark Prior in 2003. So, yeah, this was a dominant outing by Pineda.

Pineda showed plenty of promise with the Seattle Mariners back in 2011, but he’s turned into a completely different animal with the Yankees. Amazingly, he’s been able to do so after undergoing shoulder surgery in April of 2012. He missed the entire year, and didn’t return to the majors until 2014. 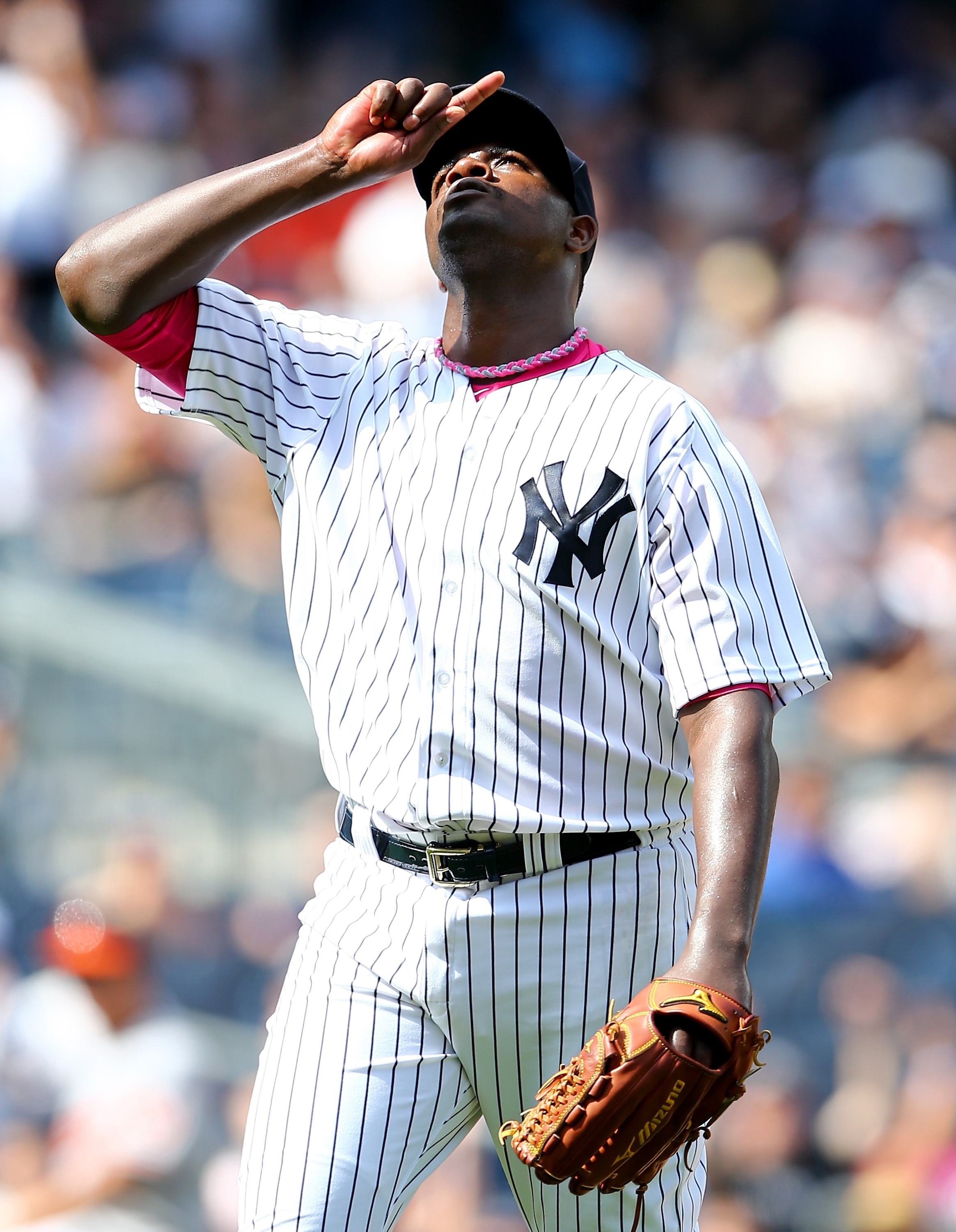 Most pitchers never fully recover after tearing a labrum in their pitching arm. Pineda seems to have gotten better.

The biggest area of improvement has been his control. In his rookie season, Pineda walked 7.9 percent of opposing batters. That’s actually a pretty solid number. It works out to just under three hitters per nine innings.

With the Yankees, though, he refuses to put anyone on base via the walk. Since 2014, Pineda has posted a 2.2 percent walk rate. That ranks as the second best among starting pitchers. Only Phil Hughes has been better than Pineda in that regard. Those figures don’t include Sunday’s start, either, so Pineda’s walk rate got even better after today.

Meanwhile, his strikeout rate has remained mostly the same. Pineda saw a bit of a decline with his strikeouts last season, but has rebounded to his rookie numbers in 2015.

He’s been able to do so despite dealing with reduced velocity, likely as a result of the surgery. Pineda averaged nearly 97 mph on his fastball back in April 2011. Last April, he was topping out at 93.

Another reason for his surge with New York has been increased confidence in his changeup. With the Mariners, Pineda was considered a two-pitch guy. Sure, he had a changeup, but it was developing, and he only used it six percent of the time during his rookie year.

He’s doubled that rate this season, using his change 13.79 percent of the time. While the pitch wasn’t much against lefties in 2011, it’s become a real weapon since he joined the Yankees. 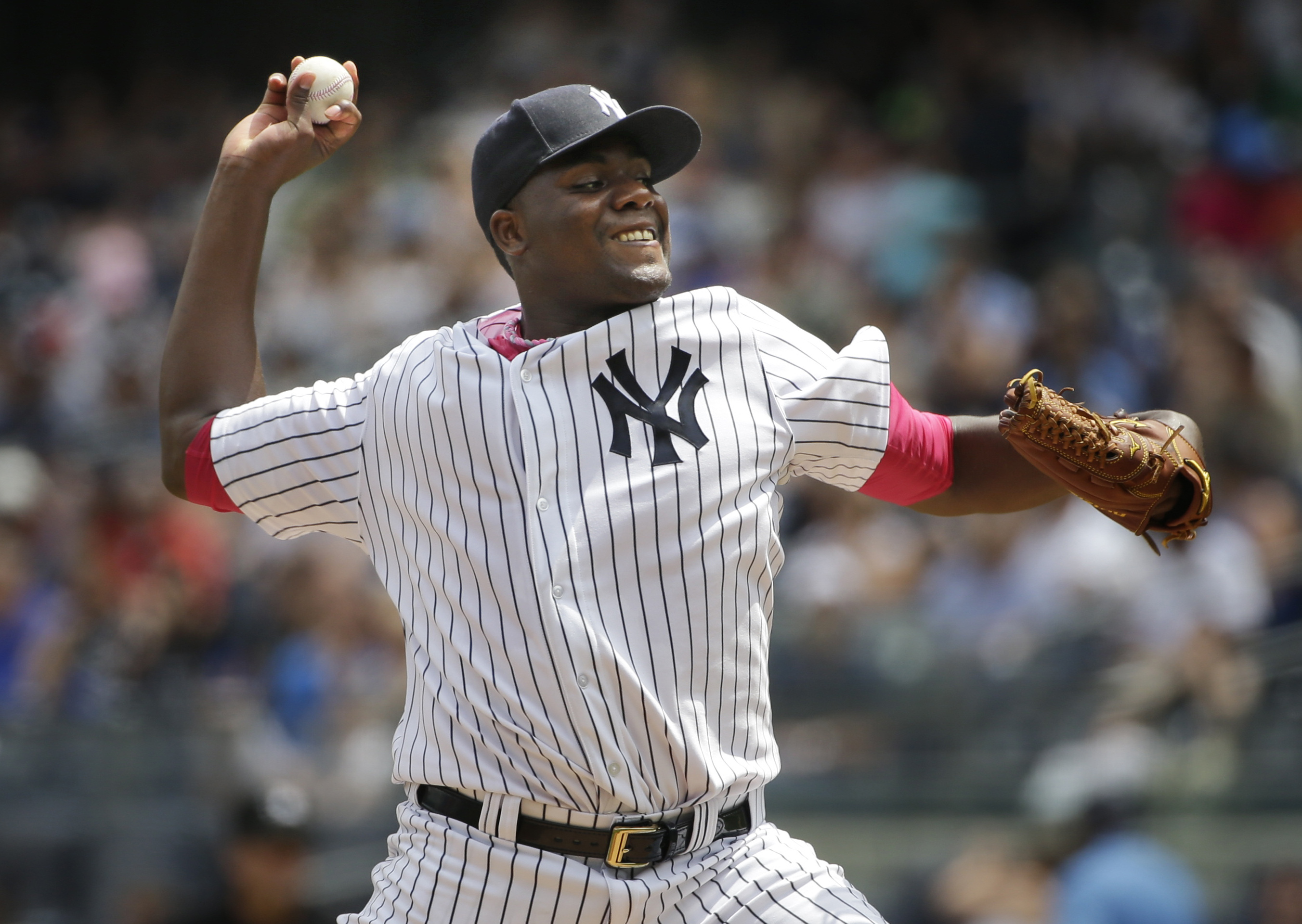 During his rookie season, lefties hit .297 against the pitch. Last year, that dropped to .150. In 2015, he’s limiting lefties to a .154 batting average with his changeup. He’s been able to do that despite using it more often.

Interestingly, he’s also shown a willingness to flash the pitch against right-handers this year. He’s thrown it a career-high 11 percent of the time against righties in 2015. The results haven’t been there quite yet, but it does give him another option to keep hitters off balance.

It’s tough to argue with his results. Pineda has compiled a 2.26 ERA since 2014. That figure ranks third, behind Felix Hernandez and Clayton Kershaw. It’s worth noting that Pineda’s 2.54 FIP over that period ranks fifth. Whether you buy traditional or advanced stats, he’s been among the best in the game recently.

The only thing holding Pineda back is health. He was limited to just 13 starts last year due to a shoulder strain. Now, he appears healthy, and is off to a great start this season.

If Pineda can continue on this pace, and can remain on the mound for close to 200 innings, Cy Young contention is more than possible. It may have taken longer than expected, but Michael Pineda has finally arrived.