Few pitchers have been as consistently dominant as Seattle Mariners’ ace Felix Hernandez over the past decade. Since 2005, Hernandez has a 3.05 ERA over 2,102 2/3 innings. He’s made five All-Star Games, won a Cy Young award and finished in the top-10 in voting four other times.

Even when you expand outside of this decade, Felix’s numbers stack up against the all-time greats. He took another step toward joining that group Sunday against the Oakland Athletics. 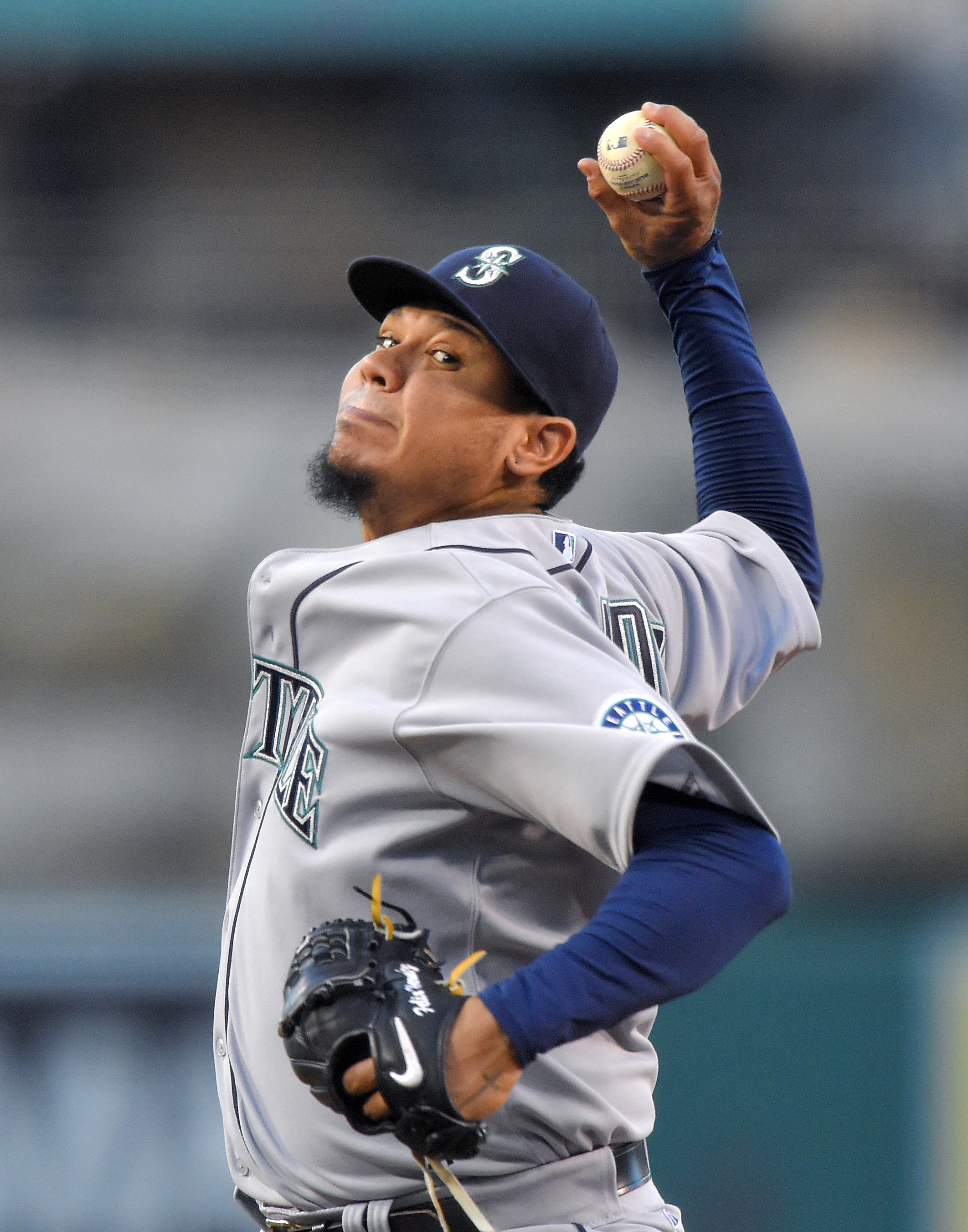 In the fifth inning, Hernandez notched the 2,000th strikeout of his career. With Sam Fuld at the plate, Hernandez caught him looking with a 92 mph fastball to pick up the milestone. He would fan one more hitter, ending the day with 2,001 career punch-outs.

With the strikeout, the 29-year-old Hernandez became the fourth-youngest pitcher to reach the accomplishment. Only Bert Blyleven, Sam McDowell and Walter Johnson were able to get to 2,000 career strikeouts sooner. Both Blyleven and Johnson are in the Hall of Fame.

Among active players, Hernandez ranks sixth in career strikeouts. He’s easily the youngest of the bunch. Both CC Sabathia and Jake Peavy are currently ahead of Sabathia, but both players are 34-years-old.

Given his early start, strong performance and durability, it’s easy to see Hernandez passing a number of players on the all-time list before his career is over. He currently ranks 74th all-time in strikeouts, and should be good for, at the very least, six more seasons barring injuries. That’s a conservative estimate if he can remain durable.

Congratulations to King Felix for notching the 2,000th strikeout of his career. Here’s to many, many more.