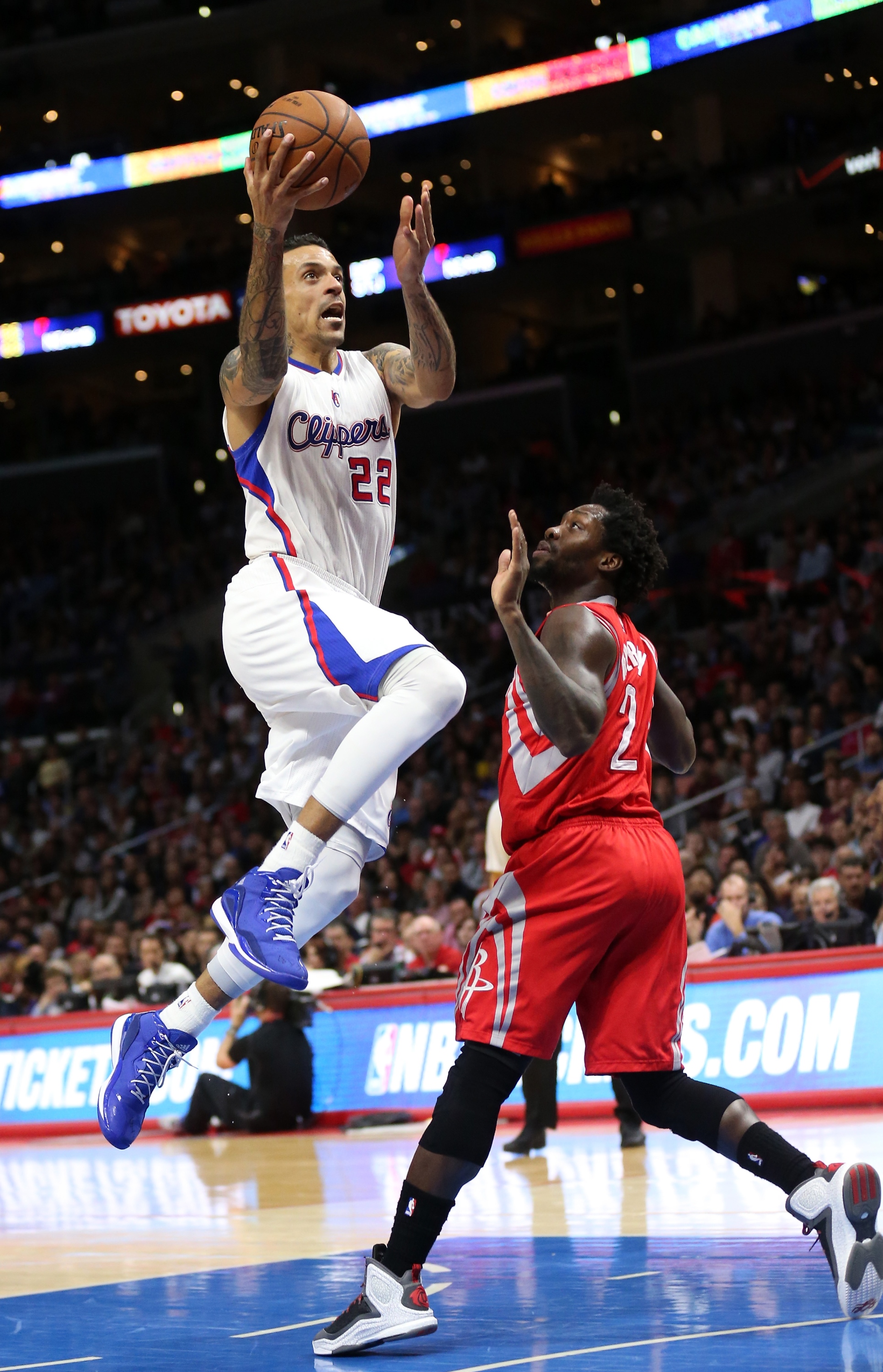 Los Angeles Clippers wing Matt Barnes, one of the NBA’s foremost pests and instigators, has been fined $50,000 for directing inappropriate language at a fan during Wednesday’s Game 2 of the Clippers’ Western Conference Semifinals with the Houston Rockets. The real news, though, is the identity of that fan.

The 35-year-old Barnes, got into a war of words with a fan at the Toyota Center, which is not necessarily a notable occurrence for a player with his reputation. Unfortunately for Barnes, this particular fan happened to be Monja Willis, mother of Rockets superstar and MVP runner-up James Harden. According to a TMZ report on Thursday, Barnes’s comments were so bad — Deadspin collected several reports on the very NSFW language — that Harden’s older brother asked him to apologize after the final buzzer:

What we do know … Matt’s comment really pissed off one of Monja’s other sons — who was sitting next to her during the game and heard it … and confronted Barnes after the final buzzer.

Willis tells us … “My older son walked over to him and told him to apologize … and he did.”

Monja says, “What he told me was that he would never want to disrespect anyone’s mother because his mother passed from cancer … and that he was sorry.”

“I accept his apology.”

Barnes has shown contrition and spoke to reporters on Friday before the fine was handed down by the league. From Arash Markazi for ESPN.com:

Barnes said earlier Friday he was simply responding to remarks made toward him and didn’t know he was making them at Harden’s mother until afterward.

“What I said was said and what she said was said. No matter what was said, we both said something,” he said. “I got a tongue lashing from Doc this morning, and we’ve made our peace, and I’m ready to play basketball.”

Harden spoke about the incident to reporters Friday morning.

“In any situation when you’re talking about somebody’s parents it’s disrespectful,” he said. “I’m focused on Game 3, and we’re focused and locked in. It’s going to be some great intensity tonight.”

Barnes’s apology is a bit weak in spots, and it’s unclear if he would have felt quite so bad about whatever he said if he had directed it to a random woman and not the mother of the player he guards on the court. Nevertheless, it does seem like both he and Harden are trying to move on to the action in Friday’s Game 3, a key game in the 1-1 series that could see the return of Clippers superstar Chris Paul.

The NBA’s explanation of the fine is somewhat notable, though, because it does not specify the name or identity of the fan. While it’s possible that this incident never would have received attention if it hadn’t involved Harden’s mother, the league wants to send the message that players should not respond to heckling fans. In keeping with that idea, the NBA also fined Joakim Noah $25,000 on Friday for a very minor bit of contact referred to as “pushing a fan” while on his way back to the locker room at halftime of Wednesday’s Game 2 between the Chicago Bulls and Cleveland Cavaliers. Take a look at that incident here (via PBT):

The playoffs can be a very intense time for everyone associated with a team, whether officially or just as fans. The NBA very clearly wants to direct that intensity towards the product on the court, not anything that could happen off it.