You are here: Home / Baseball / Cardinals Matt Carpenter diagnosed with ‘extreme fatigue,’ out for weekend

Cardinals Matt Carpenter diagnosed with ‘extreme fatigue,’ out for weekend 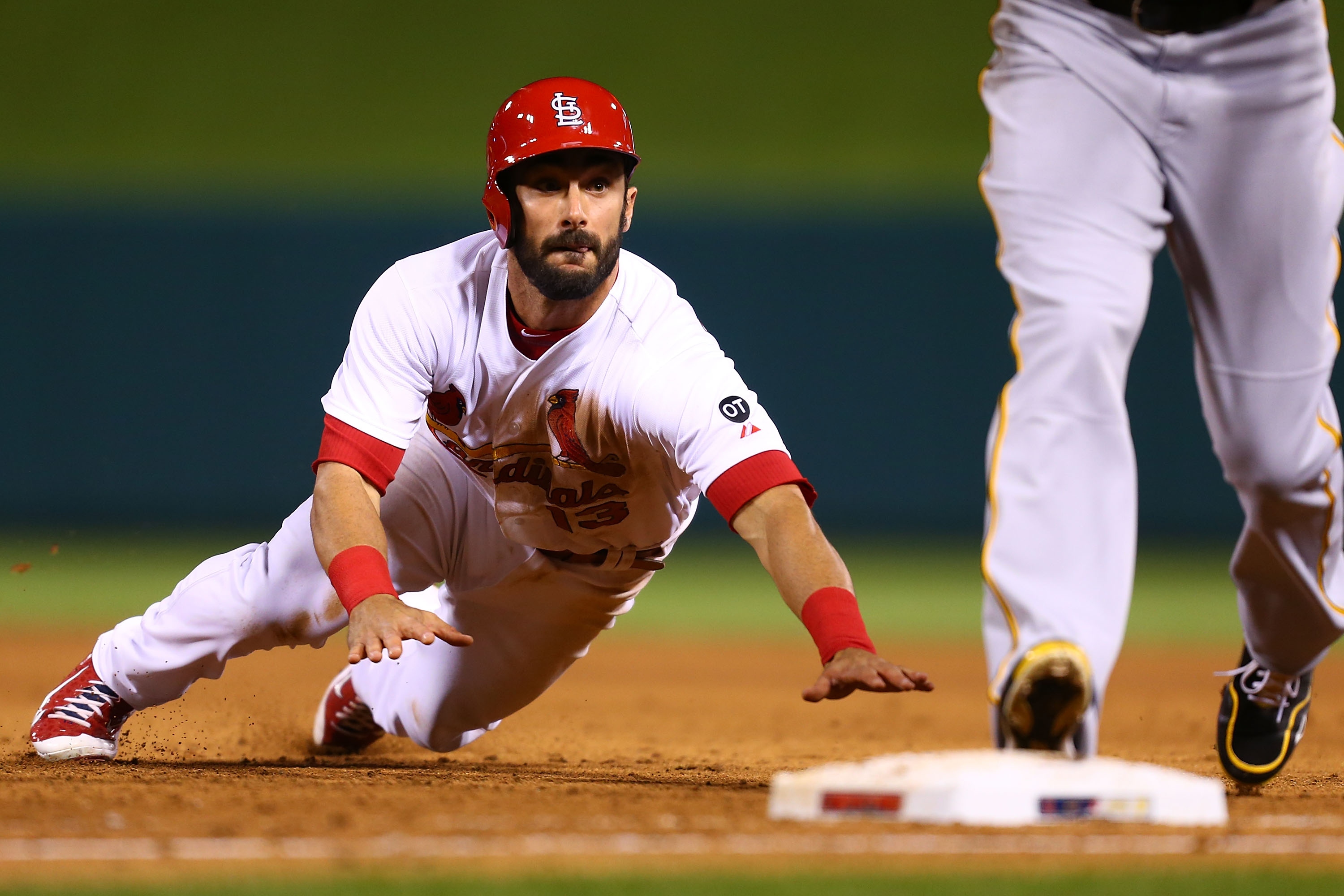 St. Louis Cardinals third baseman Matt Carpenter has been one of baseball’s hottest hitters through the first four-plus weeks of the season.

Through 27 games, Carpenter is a .333 hitter with a robust 1.024 OPS. He has 20 extra-base hits, including a league-leading 14 doubles, to along with 20 RBIs. To put it simply, he’s been the driving force offensively behind the Cardinals remarkable 21-7 start.

Unfortunately, he won’t have an opportunity to build his numbers and won’t be in a position to help St. Louis sustain its momemtum this weekend in Pittsburgh. On Friday, the Cardinals announced Carpenter has been ruled out for all three games and didn’t even make the trip after being diagnosed with “extreme fatigue.”

This news comes after Carpenter was forced to leave last Sunday’s 14-inning game against Pittsburgh in St. Louis with lightheadedness. It didn’t seem like a major concern at the time. In fact, Carpenter returned and completed the first three games of their series against the Chicago Cubs, but was forced to sit out Thursday’s finale after the team’s the medical staff detected continued dehydration and an accelerated heart rate.

This new comes after Carpenter was forced last Sunday’s 14-inning game against Pittsburgh in St. Louis with lightheadedness. Prior to last Sunday, Carpenter had played every inning for St. Louis this season, including the two previous games which went 10 and 11 innings respectively.

“I don’t think it’s coincidence that [this happens while] we’re right in the middle of a 20-game stretch,” Cardinals manager Mike Matheny said on Friday. “I don’t think it’s a coincidence that the intensity of the types of games we’ve been playing or a coincidence [that this is a] guy who just does not back off. It’s full throttle all the time. We love how he goes about the game, but obviously there is a price to pay. It’s a hard pace to keep up. He’s been pushing and pushing and pushing just like a lot of these guys.”

That Carpenter didn’t even make the trip has raised concerns that there’s an underlying issue in play. The Cardinals have offered no other details other than to say Carpenter will be checked out by doctors in St. Louis, with an update likely coming over the weekend.

With that in mind, Matheny also says the Cardinals may have to take a more proactive approach in monitoring how Carpenter is preparing in order to keep him as fresh and healthy as possible for 162 games.

“He is still relatively a young player, even though he’s one of our veteran players,” Matheny said. “But still redefining your program, redefining your routine just by listening to how your body responds. … I think, yeah, we’re going to have to be real attentive to how he’s grinding, and as a manager, being able to talk to him about this might be a day to take off.”

Pete Kozma is in the lineup playing third base on Friday. If Carpenter were advised to sit out longer, the Cardinals would have to re-access their situation a bit depending on the timeline.

For now, though, everybody is hoping the weekend of rest will do him some good and he’ll soon get the all clear to return to the Cardinals lineup.