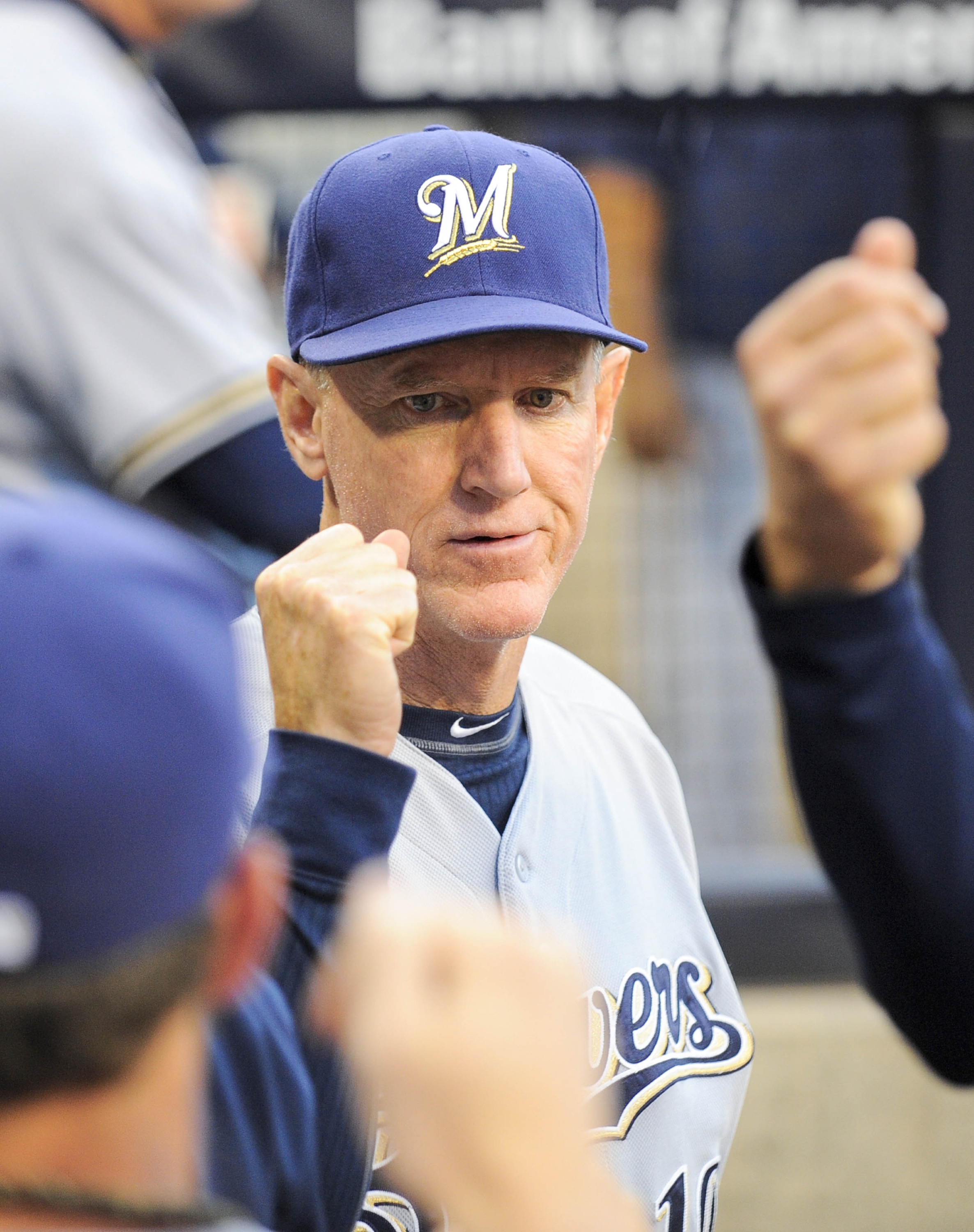 The Milwaukee Brewers have already seen enough. Twenty-five games into the season, the team has fired manager Ron Roenicke.

Team general manager Doug Melvin made the announcement, saying the team wasn’t performing up to standard.

“This has been a difficult start to the season, something that we certainly didn’t anticipate,” Melvin said. “Over roughly the last 100 games, we have not performed at the level we should. It’s all about wins and losses, and after the first month of play this year we didn’t see the progress and improvement we hoped for. We appreciate all that Ron has done for our organization, and he has handled his duties with great professionalism and dedication. The reasons for our disappointing start are many, but we determined that it’s in the best interest of the club to make this move.”

The club will name an interim manager at a 10:30 a.m. press conference Monday.

Milwaukee has not gotten off to a strong start, posting a 7-18 record to open the season. The firing comes at a strange time, however, as the team was on a two-game winning streak. The overall record is still awful, but it’s rare to see a team fire a manager after a win.

Just a few weeks ago, Roenicke had his 2016 option picked up by the club. At that time, Melvin told the Milwaukee Journal-Sentinel extending Roenicke was the right move.

“Mark [Attanasio] and I visited on it and felt it was the right thing to do,” Melvin said. “Game management, you’re going to get second-guessed by everybody on that. He’s very passionate about being a Brewer, for one thing. He communicates really well with and has the respect of his coaching staff.

“He builds relationships with the players. He can be firm when he has to be. He knows our organization well now and works well with everybody in the front office. His aggressive style has always been there.”

The slow start changed that, and Roenicke is out now. In five seasons with the club, Roenicke posted a 341-331 record. He led the team to the postseason in 2011, but has not appeared in the playoffs since.

The Brewers have been bad in just about every way this year. The club’s -41 run differential is second-worst in the league, behind only the Philadelphia Phillies. Roenicke was without star catcher Jonathan Lucroy and outfielder Carlos Gomez for much of the year, but the team has scored just 77 runs, which ranks 27th. They are even worse when looking at advanced stats. The team’s 70 wRC+ is second-worst in the league. 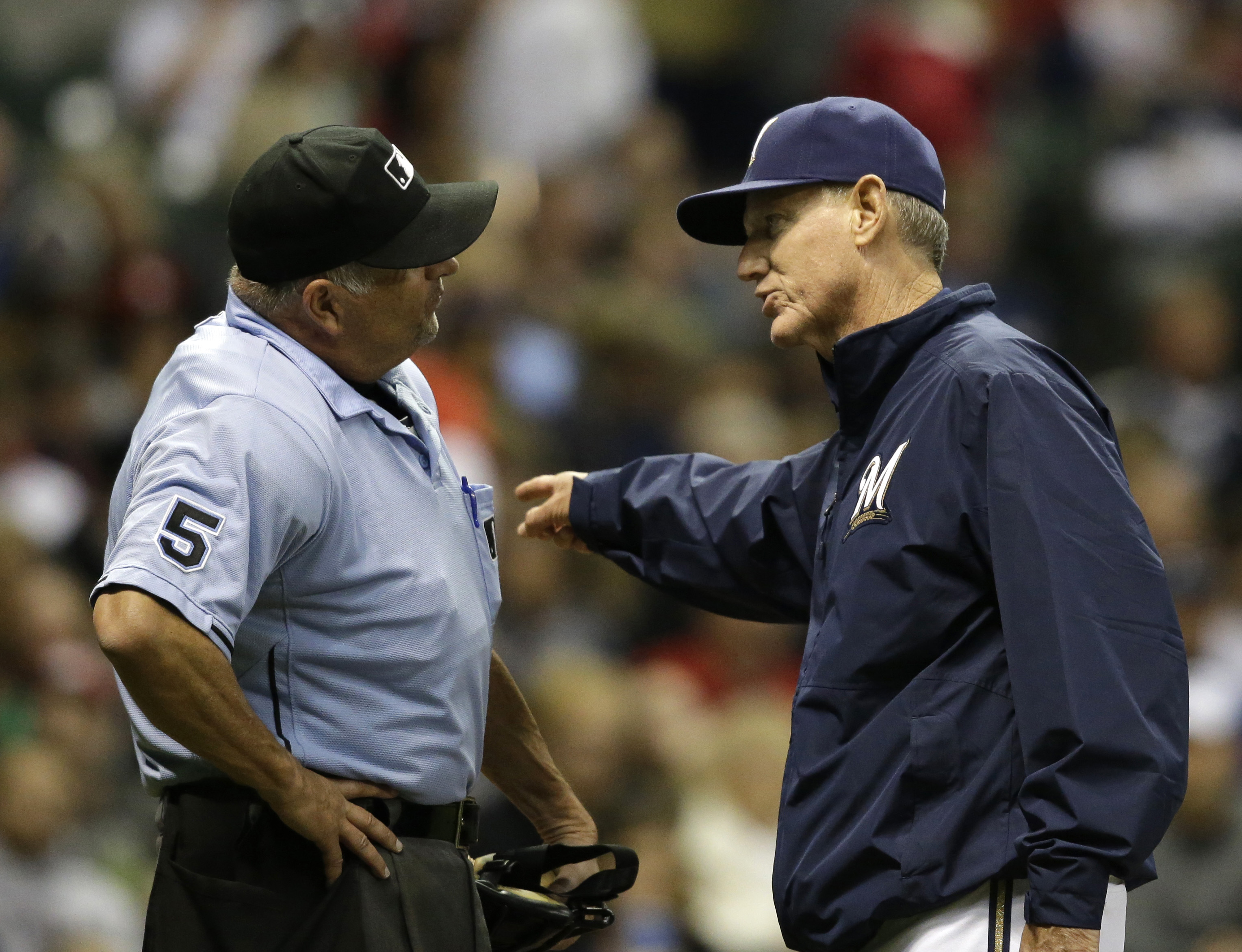 The pitching hasn’t been good either. As a team, the Brewers’ 4.48 ERA ranks 26th. Their 4.65 FIP more or less agrees with that ranking.

There’s no doubt the team is better than they’ve played. Once Lucroy and Gomez get back, and Ryan Braun and Aramis Ramirez find their grooves, the club will start winning more games.

Right now, though, the club is a mess, and it’s unclear whether any manager can fix all their issues. The team is going to improve, mostly because they can’t get any worse.

The Brewers felt it was time for Roenicke to go, and maybe they are right. But this club is facing far too many issues to expect the next man up to have immediate success.