You are here: Home / Baseball / Mookie Betts dominates in all facets against the Nationals on Monday

Mookie Betts dominates in all facets against the Nationals on Monday

When Ice Cube wrote “It Was a Good Day” back in 1993, he must have had Boston Red Sox outfielder Mookie Betts’ performance in mind.

Betts dominated in all facets of the game Monday, showing off his skills at the plate, on the bases and in the field. Things started almost immediately. 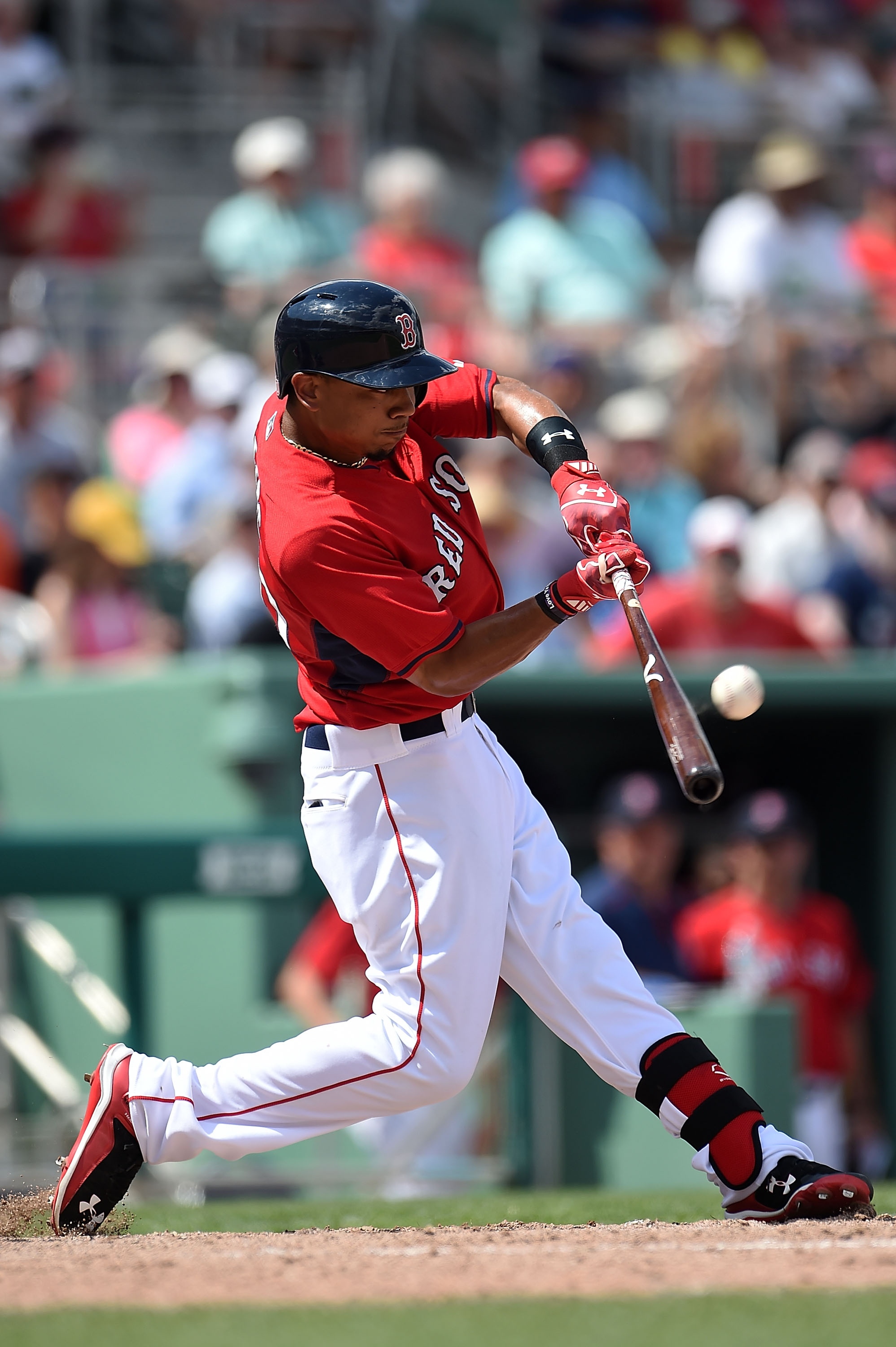 In the top of the first inning, Betts robbed Bryce Harper of a home run with an incredible leaping catch in center. Betts timed his jump perfectly, ensuring Rick Porcello would not have to pitch from behind.

He doubled-down on that promise in the bottom of the first inning. Betts led off the game with a walk, and then managed to steal two bases on one pitch. He came around to score on a David Ortiz single, giving Boston its first lead of the contest.

The second inning offered Betts another opportunity to show off his various talents. With two men on, Betts clobbered an 92 mph slider from Jordan Zimmermann, sending it out to left for a three-run shot.

He would again add to the fun in the third. With the bases loaded, Betts hit an infield single, plating another run.

All in all, Betts finished 2 for 4, with two runs, two stolen bases and four RBI. That is a pretty good day!

If you happen to see the Good Year blimp tonight, don’t be surprised if it’s sporting a pro-Mookie Betts message.