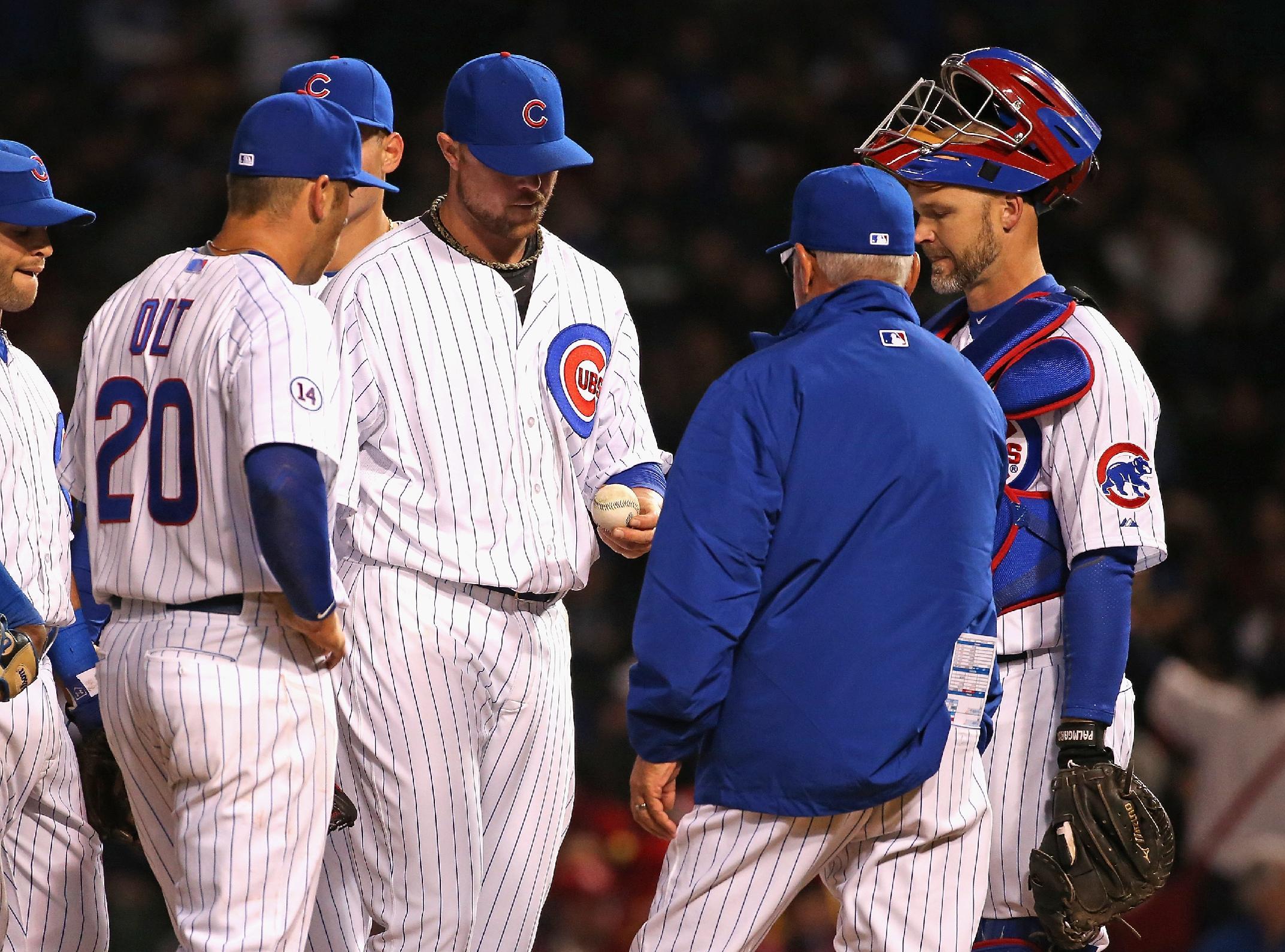 The Chicago Cubs spent $155 million in order to get an ace this offseason. In his first start with the club, Jon Lester failed to make it through five innings.

Lester had a rough go of it, allowing three runs on eight hits over 4 1/3 innings. He issued two walks and struck out six hitters. While Lester seemed to lack his usual stuff, his outfield defense didn’t help him much.

Jorge Soler bobbled a ball early in the game, which may have contributed to the first run coming home. A few innings later, a ball dropped between Starlin Castro and Chris Coghlan in left. In fairness, it was a tough play, though the announcing crew seemed to suggest the two players had some communication issues. Either way, it was unfortunate placement on a ball that wasn’t hit all that well.

After giving up three straight singles to start the fifth, Lester was pulled after inducing a pop out. He threw 89 pitches during the outing. Lester was limited this spring with a dead arm, and it was thought that he wouldn’t pitch as deep into the game as usual.

Things could have been worse. Lester left with men on second and third, but reliever Phil Coke was able to get out of the jam without giving up any additional runs. Lester’s start wound up being the shorest by a Cub on opening day since Carlos Zambrano allowed eight runs in 1 1/3 innings of work in 2010.

It was just one start, so there’s no reason for fans to panic, but it wasn’t the debut many expected to see from Lester. Thankfully, he, and the Cubs, have plenty of time to right to ship.