You are here: Home / What's Happening / Brazil judge wants Ryan Lochte to stay in country, but it's too late

Brazil judge wants Ryan Lochte to stay in country, but it's too late

One of the strangest stories of the Olympics got stranger on Wednesday morning when Brazilian newspaper Globo reported that a judge had issued an order to seize the passport of U.S. swimmers Ryan Lochte and Jimmy Feigen.

Globo and USA Today, however, reported that Lochte already had left the country while the whereabouts of Feigen were unknown. Both men were among the victims in an alleged armed robbery over the weekend, but Rio authorities have said they’re having trouble finding witnesses to corroborate the report.

The IOC did not have any comment on the situation during a Wednesday news conference and referred reporters to the United States Olympic Committee. USOC spokesman Patrick Sandusky said police went to the athletes village on Wednesday morning looking for the swimmers but that the swim team had moved out. Sandusky said that it does not make athletes’ travel plans public as a regular matter of security.

“We will continue to cooperate with the Brazilian authorities,” Sandusky said.

According to Globo, the judge issued the order on the grounds that Lochte and Feigen had given conflicting reports of the incident, which they said happened early Sunday morning as they were returning to the Olympic Village after a night out. Lochte, Feigen, Gunnar Bentz and Jack Conger claimed their taxi was stopped by men posing as security guards and forced to the ground with guns before being robbed of their wallets.

Globo also reported that authorities were interested in receiving a search warrant for the athletes village so they could use the geotracking data from Feigen’s phone.

Rio authorities claimed they’ve been unable to find the taxi driver or anyone else who witnessed the event. The Daily Mail published security footage of all four athletes returning to the Olympic Village early Sunday morning.

Lochte told USA Today that the discrepancy in his teammates’ story was the result of being afraid they’d be punished by the United States Olympic Committee if the story got out.

Lochte’s attorney Jeff Ostrow told the Associated Press on Tuesday that his client had been fully cooperating with officials and that there was no reason to question Lochte’s account.

“It doesn’t behoove Ryan and anyone else to make up a story,” Ostrow said.

Lochte won a gold medal in the 4 x 200 freestyle relay and is a 12-time Olympic medalist. 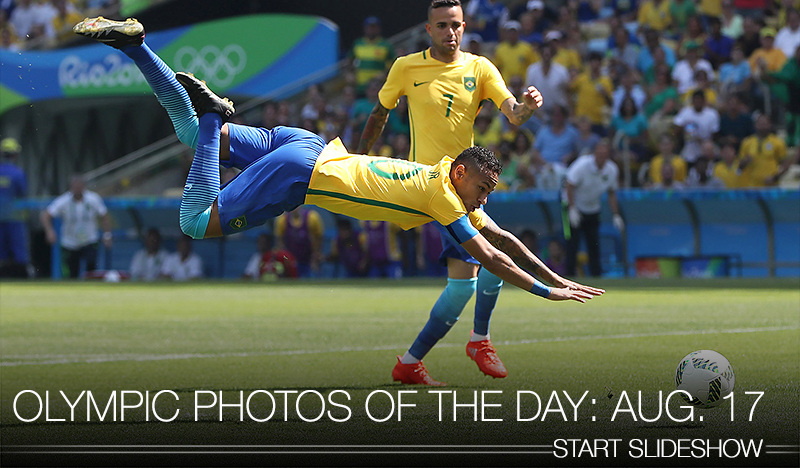