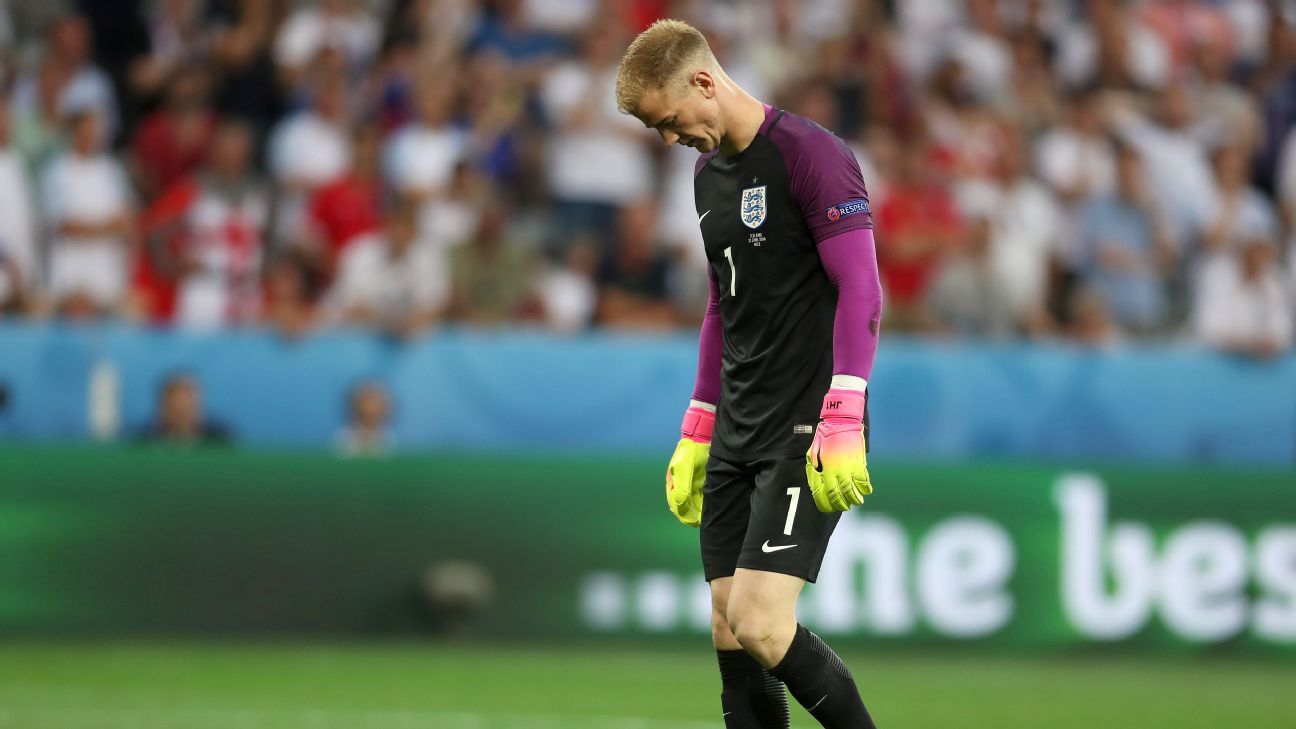 Goalkeeper Joe Hart says England will deserve all the criticism they will receive after crashing out of Euro 2016 with a round-of-16 defeat to Iceland.

Hart had already conceded one Iceland goal when he got a palm to Kolbeinn Sigthorsson’s weak shot but could not keep it out of the net.

The goal held up and Iceland advanced to face France in the quarterfinals, while England will return home earlier than expected.

Manager Roy Hodgson resigned after the game, but Hart said the players share the blame.

“As a group it is down to us. All the plans are put in place, we knew everything about Iceland but ultimately we didn’t perform. Personally I didn’t perform,” he said.

“It’s not a question of wanting it, there’s nothing we want more. They are just words though. We were in a good place but we haven’t done it.

“We will get a lot of flak and we deserve it. We will learn from this and try and bring English football back to where it belongs. We have put it in a low place.

“We just couldn’t find a way back into the game. The next manager has a tough job on his hands. We worked hard but with no success. That is how this team will be remembered.”

Hart also apologised to the England fans in an interview on ITV.

“I’ve got to be saving the second goal. I’ve got to hold my hands up to that and I apologise for ultimately costing us the game and the tournament,” he said.

“The standards I set haven’t been met in this tournament. Like I say, I apologise for the goal. I can only thank all the fans who have made the effort. I appreciate their frustrations.

“From the bottom of my heart I’m sorry. I’m an England fan through and through and I’ll continue to be. There are going to be massive regrets, personally and as a team.”

Hodgson may have ended his tenure as England manager, but Hart remained full of admiration for the outgoing coach.

“He’s been a great person to work with, I’ve really enjoyed him,” he said. “It’s a shame, but it is what it is. He addressed us, thanked us for what we’ve done over the four years and shook our hands.

“It’s a sad way for anyone to go. We have won and lost as a team. It’s difficult when you lose a manager, especially in these kind of circumstances and it’s not the way any of us wanted him to go.”

England now look ahead to their qualifying campaign for the 2018, and Hart said his teammates would have to pick themselves up before the first game in September.

“We’re going to have to show who we are as footballers and men and try to come out the other side,” he said.

“We’re all proud Englishmen, England fans. We were given the role of representing the country and, from a personal point of view, we’ve let it down.

“It’s going to be a new era, that’s for sure. It’s understandable that questions are going to be [asked], but every ounce of energy was put into the game.

“It’s the quality of all of us that’s let us down. But football goes again. Lots of young, very talented players have got some sort of experience from this.”