The Hockey Hall of Fame will announce its Class of 2016 on Monday afternoon. It’s one of those classes that considered a “down year,” in that the first-time candidate crop is rather paltry (or in one instance, “Palffy”). This opens the door for some holdovers from previous years, including that paragon of controversy, Eric Lindros.

The following odds were established through previous votes, discussions with those around the hockey world and a feeble attempt at trying to guess what’s on the minds of the Hall of Fame Selection Committee.

Here are the latest odds for the Hockey Hall of Fame Class of 2016:

Lindros is 19th in NHL history in points per game average with 1.138. He won the Hart and the Pearson in 1995. He has just 760 NHL career games, however, in a concussion-plagued career. But one only needs to point at Cam Neely and Pavel Bure as exceptions to the work history rule.

Outside of games played, we all know why he isn’t in yet: He spoke out of turn too often, his clashes with Bobby Clarke, a general dislike of the way he carried himself during his playing days both on the ice and off. Lindros has worked hard to change his reputation after his playing days. We’ll see if he kissed the right rear ends this week.

The bottom line is that Lindros belongs in the Hall of Fame. And, frankly, in a season that lacks a true star name to build a weekend around, the Hall of Fame could use Eric Lindros in 2016.

Recchi was a scoring and winning machine, leading the NHL in assists in 1999-00 while being 12th in career point (1,533) and 20th in career goals (577). The names ahead of his on that points list are hockey deities. Recchi isn’t – just a really, really good player who happens to have all-time-great stats – but his numbers should earn him a place in their club.

We’d say these are the favorites, so adjust your vacation plans accordingly, Philadelphia Flyers fans. 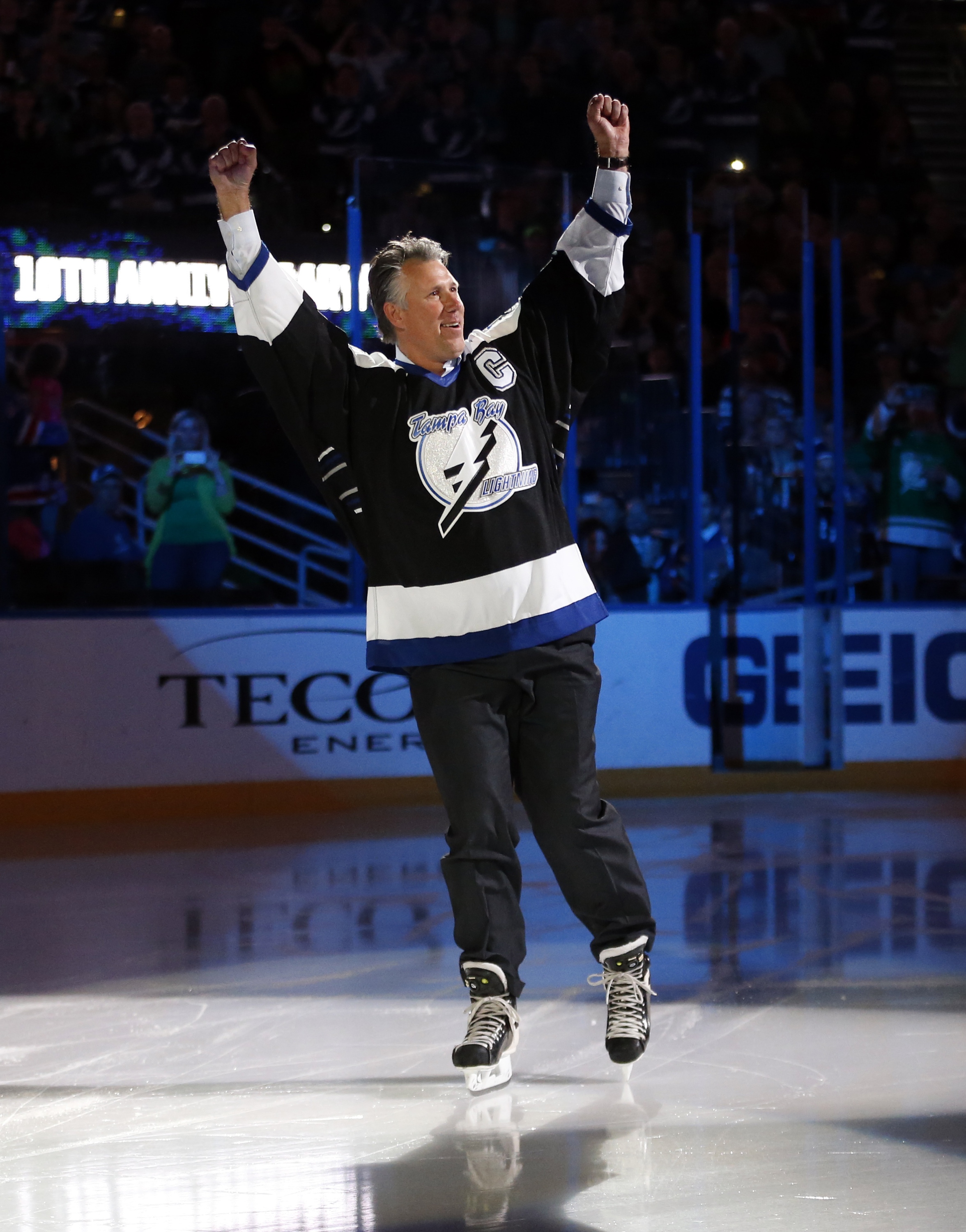 Andreychuk being left out of the Hockey Hall of Fame with 640 goals is a complete sham. It speaks to the specious depiction of the “complete player” as a Hall of Famer, when in fact the Hall of Fame has in the past honored those who were simply the best at what they do.

No one’s confusing Rod Langway with Nicklas Lidstrom when it comes to being a force offensively and defensively. Clark Gillies is a Hall of Famer for basically being one of the best role players of all-time, and doing it on a dynasty team.

Andreychuk wasn’t a complete player, in the sense that his skating was laborious and he wasn’t exactly Adam Oates as a set-up man. But he has few peers in his ability to dominate around the crease. He was the best at what he did. And his contributions to the lone Stanley Cup team in Tampa Bay Lightning history, as its captain, should weigh heavier than they do.

From the Tampa Bay Times, on Andreychuk:

“I get the other side,” he said. “No Olympic experience. Just two All-Star Games in 23 years, no NHL awards. But in some way that’s what I’m most proud of. I quietly went about my business. I was consistent. I think the guys who played with my know that. But I get it, totally.”

“Someone wrote an article a few years ago that the actual longevity hurts you more than it helps you. You know, ‘he’s a goal scorer, he’s played that many games, he should have that many goals.’ That bothers me more than anything, because I’m more proud of games played than anything else. That’s hard to do.”

Andreychuk should be in the Hall. He played 23 seasons, 1,639 games, sixth most in NHL history. He scored a record 274 power-play goals. Andreychuk is starting to enter that Pat Burns “when will the Hall of Fame right this wrong?” category. Because when you score 640 goals in the NHL – and he’s the only one that has who isn’t in the Hall – it really shouldn’t matter if you scored them two feet or 15 feet away from the goalie.

Kariya is a name to watch.

The reexamination of his career has been intensifying over the last few years, as yet another player whose concussions affected his greatness. He was a point-per-game player through 989 games, much of it during the trap years. He his 50 goals in his second season, and has 402 for his career. He was a memorizing college player and owns Olympic and world junior gold.

He’s stepped away from the NHL and has been critical of their player safety aims in recent years. In other words, there might not have been enough campaigning done to get him on the selection committee short list.

Both of these players have a very compelling, very specific argument.

Osgood has three Stanley Cups, and was the backstop for two of them with the Detroit Red Wings. He has a postseason GAA of 2.09 and a postseason save percentage of .916. In the regular season, he won two Jennings Trophies and led the NHL in wins in 1995-96, and is 10th all time in that category. If he’s ever elected, it’s for being a major piece of the Red Wings’ championship teams. He would be the Clark Gillies of goalies, which is why I still think he ultimately gets in.

Roenick’s argument is fame. Simply put, he was one of the single most popular players in the NHL during his era, and perhaps of all time. But he never won an individual award in the NHL nor did he win the Stanley Cup. He won Olympic silver with the U.S. in 2002. Statistically, Roenick has 513 career goals (38th overall) and a 0.892 points per game average, placing him right with Hall of Famer Joe Nieuwendyk.

He’s one of the few candidates whose induction would make as much sense as his continued exclusion would.

CuJo is fourth in career wins (454) and second in career losses (352), so he played for a bit. He had a save percentage (.906) in line with that of Hall of Famer Ed Belfour, but none of his accolades. Still, Toronto gonna Toronto, and CuJo’s Ontario pedigree means he can’t be discounted.

At the risk of igniting yet another round of debates over our view that Sergei Zubov isn’t remarkable enough to be in the Hall of Fame, here’s Erin Bolen of Defending Big D explaining why we’re wrong.

Your “guys with Hall of Fame numbers that lack that extra thing that makes a Hall of Famer” list, although Lowe’s name has come in conversations lately and Sports Illustrated thinks Makarov deserves the call this year.

Legendary players that all have something going for them but don’t have the total package. Although a Hextall and Hunter induction weekend would be a bloody good time.

Players with numbers that are right on the cusp of being Hall worthy but just can’t match up with their peers.