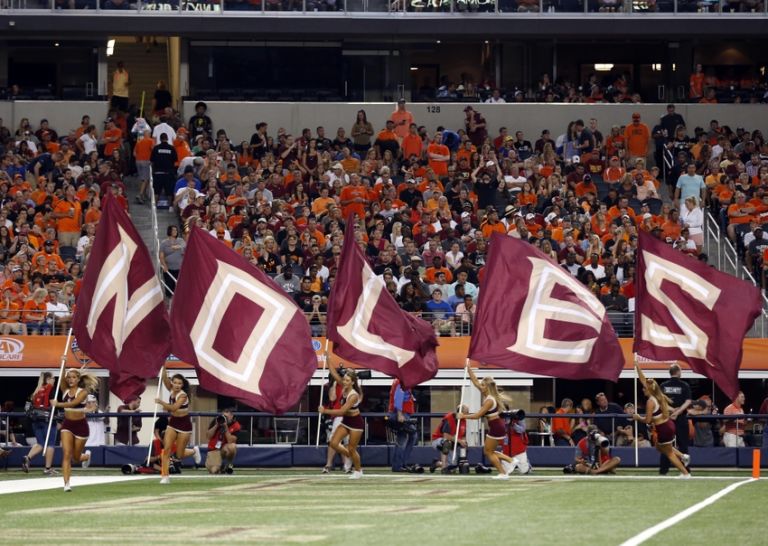 Phil Steele, one of the most well respected experts on college football, thinks that FSU football will be the last team standing after the 2016 season.

With just over two months to go until the start of the 2016 college football season, FSU football is still thought of as one of the top teams in the running to make the third edition of the College Football Playoff. While the ACC will have one of the marquee games nationally when the ‘Noles play Clemson, FSU has the slight edge prediction wise amongst those that have been released.

The latest prediction not only has the Seminoles defeating Clemson and winning the ACC, but has FSU football doing something for the fourth time in school history: winning a national title.

Phil Steele, who produces his yearly prediction guide and is used by everyone from ESPN to FOX Sports and all in between, released the four teams he thinks will make the playoff this year and who will win the title January 9th in Tampa:

Judging by the way things play out, Steele thinks that the Seminoles will be the second ranked team heading into the CFB Playoff system, as Alabama is getting to play at the closer bowl to their home. It’s interesting as this would also be the first time you would have two teams from the same conference in the system.

While Steele is giving the benefit of the doubt to the loser of the LSU-Alabama game being played on November 5th, he doesn’t do the same for the Seminoles-Tigers game the week before…meaning FSU has no wiggle room that late in the season if they want to make it back to the playoff and play in Tampa twice this season.