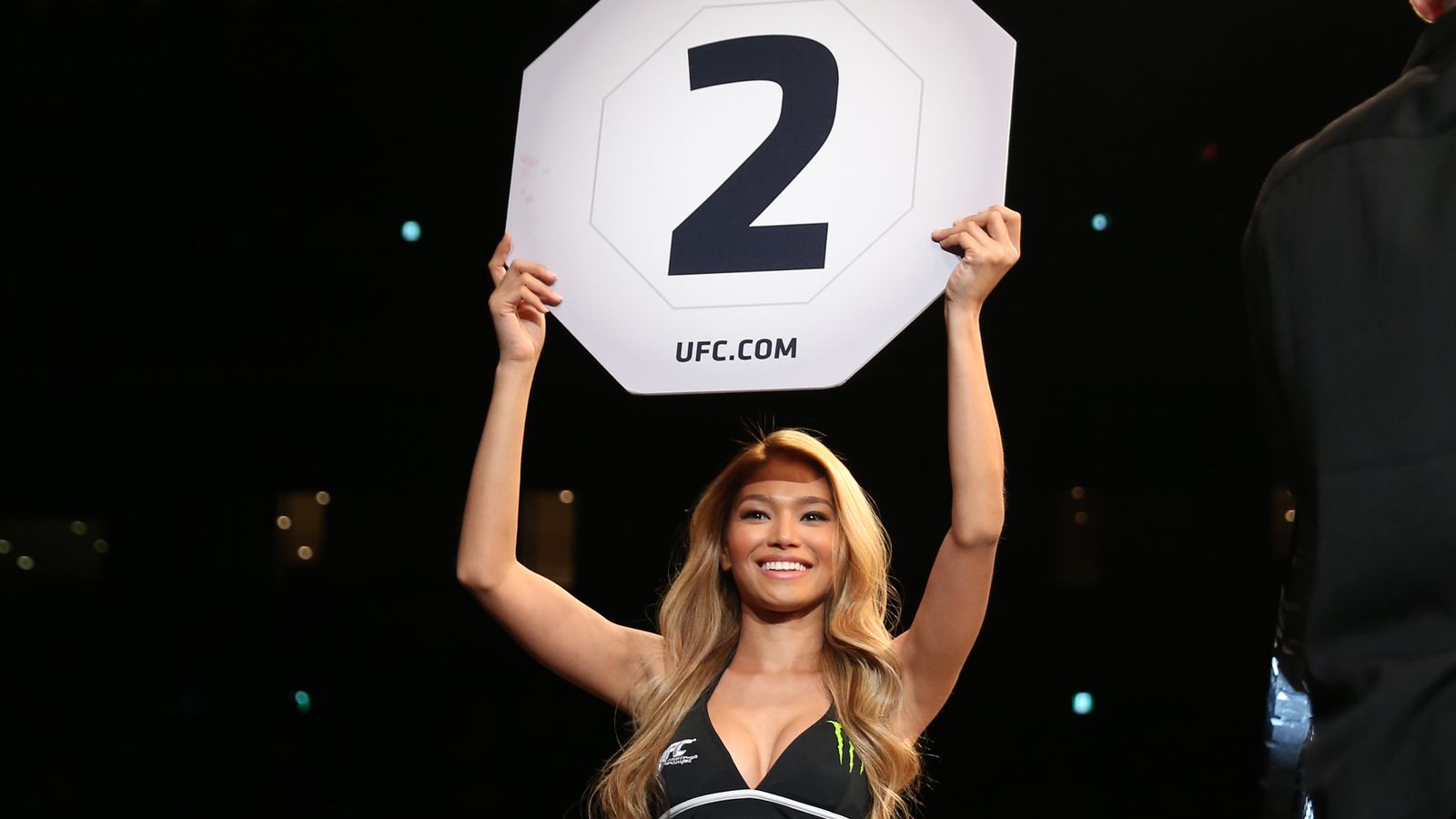 In addition, Donald Cerrone and the resurgent Patrick Cote will collide in a 170-pound showdown, plus a surefire light heavyweight slugfest that pits former enforcer Steve Bosse against ever-entertaining showman Sean O’Connell.

The latter four “Prelims” undercard matches (check out the first four on Fight Pass right here) will grace FOX Sports 2, which hasn’t seen UFC action in quite a while. If you’re lucky enough to actually have that network on your cable bundle, here’s what you’ve got to look forward to:

Canada’s Jason Saggo (11-2) laid an absolute beating on Josh Shockley to announce his arrival in UFC’s Lightweight division, but lost some luster his next time out with a split decision loss to Paul Felder. A torn ACL kept him out of action for all of 2015, after which he returned last March to pound out Justin Salas.

Leandro Silva (19-3-1) earned the ire of the mixed martial arts (MMA) public with his “submission win” over Drew Dober, which saw him convince the referee that a clearly-conscious Dober had gone to sleep from a guillotine. “Buscape” has since redeemed himself a tad with consecutive decisions over Lewis Gonzalez and Efrain Escudero, extending his unbeaten streak to four.

He’s never been stopped and has submitted 10 opponents himself.

Silva’s inability to consistently impress has me leaning toward Saggo, whose overall grappling acumen appears every bit as impressive as the Brazilian’s. Worse, Silva can be terribly inactive on the feet, meaning that even if he can stay off his back, he might not offer enough offense to sway the judges.

Saggo looks like a fairly decent prospect — loss to Felder notwithstanding — while it’s hard to see Silva ever making his way above the middle of the division. Saggo outgrapples him to a decision.

Long considered one the Light Heavyweight division’s best prospects, Misha Cirkunov (11-2) debuted in Aug. 2015 with a ground-and-pound thrashing of Daniel Jolly. The following February saw him demonstrate his grappling chops once again with a jaw-breaking neck crank of Alex Nicholson that raised his career submission total to five.

All but one of his nine stoppage wins have come inside the first round.

Moldova’s Ion Cutelaba (11-1) has yet to fight for more than six minutes as a professional, stopping six opponents within one minute. Each of his last seven wins since a disqualification loss have come inside of three minutes, including a seven- and eight-second finish.

This will be his 205-pound debut, though he did fight at a 209-pound Catchweight his last time out.

Cutelaba is big and hits damn hard, but he’s the sort of fighter that Cirkunov should bulldoze. He’s gotten away with a lot of dangerous scrambling because of the level of his opposition and his aggression leaves him wide open for takedowns, two crippling flaws against a grappler of Cirkunov’s caliber.

If Cutelaba somehow manages to keep it standing, he’s well-equipped to overwhelm the Latvian’s limited striking arsenal. He just doesn’t have any kind of experience against fighters on Cirkunov’s level and his wrestling is far too untested to put any faith in. Cirkunov grounds him in a hurry and taps him soon after.

After five years out of the game, Tamdan McCrory (14-3) made a dramatic return to the sport in dramatic fashion with two straight stoppage wins in a combined 1:37. These efforts earned “Barn Cat” another crack at UFC, an opportunity he made the most of with a third-round submission of Josh Samman in Dec. 2015.

He’s stopped 13 opponents overall, seven of them via form of knockout.

Poland’s Krzysztof Jotko (17-1) split his first two UFC bouts before embarking on a three-fight win streak, including a decision over the towering Scott Askham in Dublin. His last bout saw him overcome a slow start to take a unanimous decision over Brad Scott in “The Bear’s” native England.

He will give up two inches of height to the 6’3″ McCrory.

Before Jotko’s bout with Scott, I’d have given him a very real shot at stonewalling McCrory’s resurgence. After seeing his awkward attempts at prolonged striking and the amount of time it took him to realize how effective his wrestling was, though, my hopes aren’t quite as high. McCrory’s demonstrated both wicked power and a devastating bottom game since his return — Jotko will be in serious danger no matter where the fight goes, especially since he’s the shorter man.

Jotko could find early success like Samman did, but it won’t last long. McCrory touches him up on the feet before eventually punishing an ill-timed shot with a submission.

Joe Soto (15-5) got the opportunity of a lifetime in his Octagon debut, a late-notice title shot against T.J. Dillashaw wherein he took the then-champion five rounds before suffering a knockout. He has since struggled to regain the form that originally got him into the organization, losing consecutive bouts to Anthony Birchak and Michinori Tanaka.

He’s submitted eight opponents and knocked out another five.

The quarterfinal loss for Chris Beal (10-2) on The Ultimate Fighter (TUF) 18 gave way to consecutive wins over Patrick Williams and Tateki Matsuda, the former a gorgeous flying knee that numbered among 2014’s best knockouts. His subsequent drop to Flyweight proved unsuccessful, as he dropped decisions to Neil Seery and Chris Kelades during his 2015 campaign.

He was originally set to face the legendary “Kid” Yamamoto before the latter pulled out because of injury.

Despite being officially winless (0-3) in UFC and stepping in on short notice, I’ve got Soto here. Beal’s just never impressed me. His boxing, which ought to be his bread-and-butter, devolves into wild swings with little provocation and the rest of his game could charitably be described as “adequate.” His relative lack of size works against him as well considering that Soto’s historically struggled with stronger opposition and he lacks the power to exploit the former Bellator champ’s shaky chin.

The real question here is whether Soto can wrap something up in transition rather than settle for a well-earned decision. Beal’s crafty enough to survive on the ground and has solid takedown defense, so he should make Soto work for the full fifteen. Soto’s grappling impresses the judges enough for his first UFC victory.

The main event is fantastic and the rest of the card ain’t bad, either.

Hope to see you Saturday, Maniacs!

MMAmania.com will deliver LIVE round-by-round, blow-by-blow coverage of the entire UFC Fight Night 89 fight card, starting with the Fight Pass “Prelims” matches online, which are scheduled to begin at 6:45 p.m. ET, and then the remaining undercard balance on FOX Sports 2 at 8:30 p.m. ET, before the FOX Sports 1 main card start time at 10:30 p.m. ET.