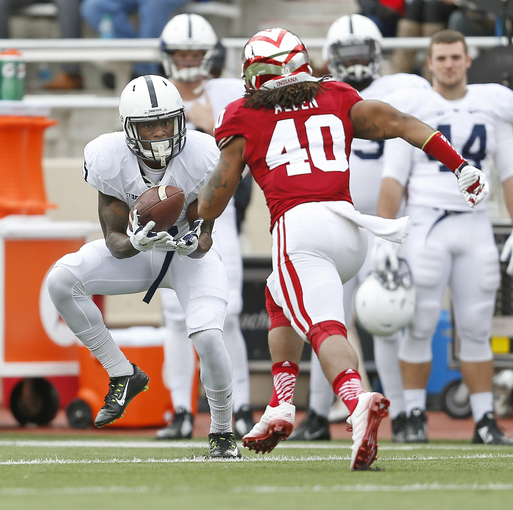 Nearly a year after his arrest on multiple drug charges, former Indiana defensive back Antonio Allen was sentenced Thursday.

According to the Indianapolis Star, Allen, who led the Hoosiers in tackles in 2014, will serve “concurrent sentences of four years home detention, with probation to follow, and 100 hours of community service” after pleading guilty to two felony drug charges: dealing in a narcotic, and dealing in methamphetamine.

Allen was arrested last June following a police investigation into his activities. Allen was observed participating in a drug transaction with a police informant. His apartment was subsequently searched and police found 47 grams of cocaine, 13 grams of heroin, a handgun and cash. The arrest led to his dismissal from the IU football team.

[Check out Dr. Saturday on Tumblr for entertaining things you won’t see on the blog]

Allen addressed the court during his sentencing Thursday.

From the Indianapolis Star:

“First of all, I would like to say sorry to my friends, my family, my coaches,” he said, his voice breaking. “I had a lot of opportunities to get away from the lifestyle I chose, but I was in need of money. … I’ve woken up and am showing that I am a better person.”

Allen said he been baptized and joined a church choir since his arrest, and hoped he could focus on “just showing my little brothers the right path.” He also said he has found work recently in construction, and as a janitor.

Allen will be allowed to work and attend school during his sentence. He is currently enrolled at Marian University and his attorney told the Star allowances could be made to allow Allen to participate in games and practices for the school’s football team.

In his two seasons with the Hoosiers, Allen totaled 109 tackles, including a team-leading 74 in 2014.

Sam Cooper is a writer for the Yahoo Sports blogs. Have a tip? Email him or follow him on Twitter!