You are here: Home / Baseball / How an ugly incident in 2000 led to the Dodgers hosting ‘LGBT Night’

Goldey and Kott shared a kiss, and a fan complained that they didn’t want their kids around “those kinds of people.”

“They have grown,” Goldey told Yahoo Sports. “I mean, they’ve grown kind of the same pace the world is growing. I wouldn’t necessarily call them the front-runners. They haven’t led the pack, but they are moving with the wave of modern times.”

After that ugly incident in 2000, Goldey and Kott received a public apology from then-Dodgers president Bob Graziano and the club donated 5,000 tickets to three LGBT charities. But Goldey wanted something more. She asked the Dodgers for a LGBT Night, but that request took a little longer — 13 years to be exact.

Other clubs, like the rival San Francisco Giants, had celebrated LGBT Night since 2002, but the Dodgers lagged behind.

“That upsets me because they’re our nemesis,” Goldey said. “It was like, come on, we’re L.A. We should have had this 15 years ago.” 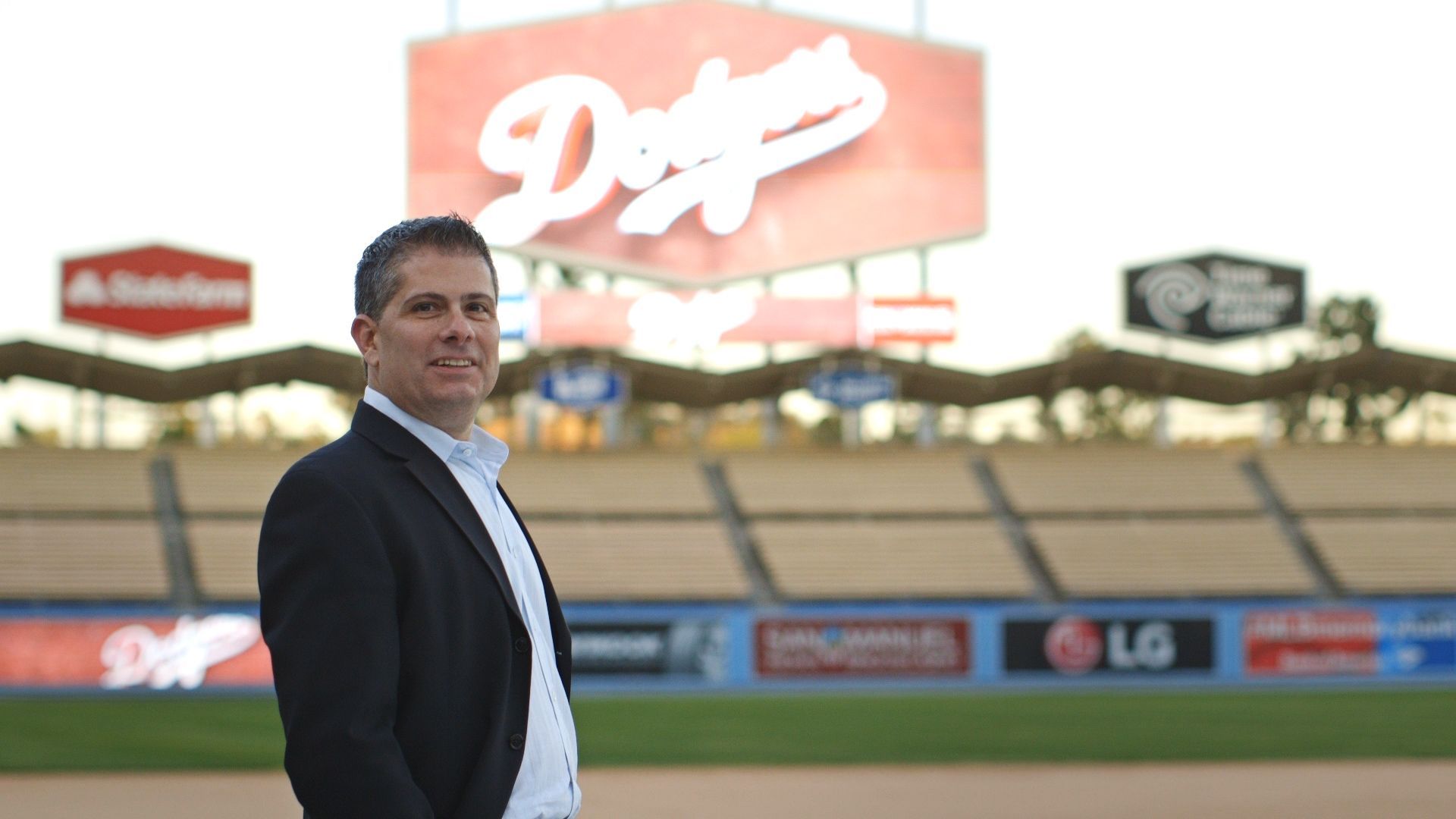 The disparity was also not lost on Erik Braverman, the Dodgers’ vice president of marketing and broadcasting. Braverman joined the club in 2009 and came out publicly last year.

“Amongst my own friends, people in the community who are baseball fans, who happen to be LGBT, who would say to me that they come to the games and they enjoy coming to the games, but they’ve never had a sense of inclusion,” Braverman said. “They’ve never felt like the Dodgers have a night that celebrates the community and it sort of resonated with me. We talked internally and discussed actually taking a night and saying, you know what, you’re a very important part of the Los Angeles community and we want to take a night to recognize you.”

So, in 2013, the Dodgers held their first LGBT Night, the start of a tradition that has grown in prominence and promotion. Last year, the game’s Kiss Cam specifically highlighted LGBT couples, one of whom happened to be Goldey and her fiancé.

“That was very nice,” Goldey said. “Obviously, they went out of their way to make sure that they focused and promoted [LGBT couples] and that was appreciated.”

But Braverman knows that supporting the LGBT community needs to be “authentic,” extending beyond promotional events. The club supports the Trevor Project, which provides crisis intervention and suicide prevention for LGBT youth, and takes part in their annual fundraising event in December. Braverman also said the Dodgers get involved with the annual L.A. Pride festival “in every way, shape and form.”

“Our approach and our strategy and our connection, we want it to be deeper and not just try to sell tickets to a given promotional night,” Braverman said. “That’s not our long-term goal. We want to go to West Hollywood and see L.A. caps and L.A. Dodger shirts year-round.”

The support is crucial in a time where members of the LGBT community are still made to feel unwelcome at the ballpark. In May, the Padres came under fire after the San Diego Gay Men’s Chorus’ national anthem performance was completely drowned out by a recording of a woman’s voice. Members of the chorus also reported hearing various homophobic slurs from fans. Major League Baseball investigated the incident and attributed it to “human error,” but it doesn’t change the fact that the group left the field embarrassed and taunted by fans.

Braverman said his personal experience helps shape the Dodgers efforts with the LGBT community, but noted the club’s long history of inclusion. After all, this is the same club that called up Jackie Robinson in 1947.

“I think it helps having someone, like myself, who lives in the community and can actually carry the banner internally and talk about this connection,” Braverman said. “The great thing about the Dodgers is we do it for a number of communities and utilize the Dodger name and brand to do, I think, what’s right.

“We’re proud of the fact that this is a place that, not just with these nights, but actually in our day-to-day practice in our own front office, that’s an incredibly diverse and inclusive.”

That inclusivity was on display from the get-go Friday night at Chavez Ravine, as members of the Varsity Gay League took the field for an afternoon kickball game. Then, Tuaolo, who publicly came out after his NFL career, started the night off by putting his own Hawaiian twist on the national anthem, complete with ukulele backing.

“As part of the LGBT community in the sports realm, it’s been fantastic to be here,” Tuaolo said. “I’m definitely honored.”

Dimitri Portnoi and Landon Hughes are Dodgers season ticket holders, but they bought extra LGBT Night tickets so they could once again be a part of the festivities.

Hughes grew up in a Padres fan in San Diego, but said he has now shifted his allegiance due to the organization’s handling of last month’s incident at Petco Park.

“The level to which the fans, last year for instance, were so accepting and so open to seeing people up on the Kiss Cam, it was completely positive,” Portnoi said. “Everyone was so supportive.”

And true to form, the loudest cheers of the night from the 46,366 fans in attendance, aside from those that broke out when Corey Seager smashed each one of his three home runs, came when two gay men were featured on the Kiss Cam.