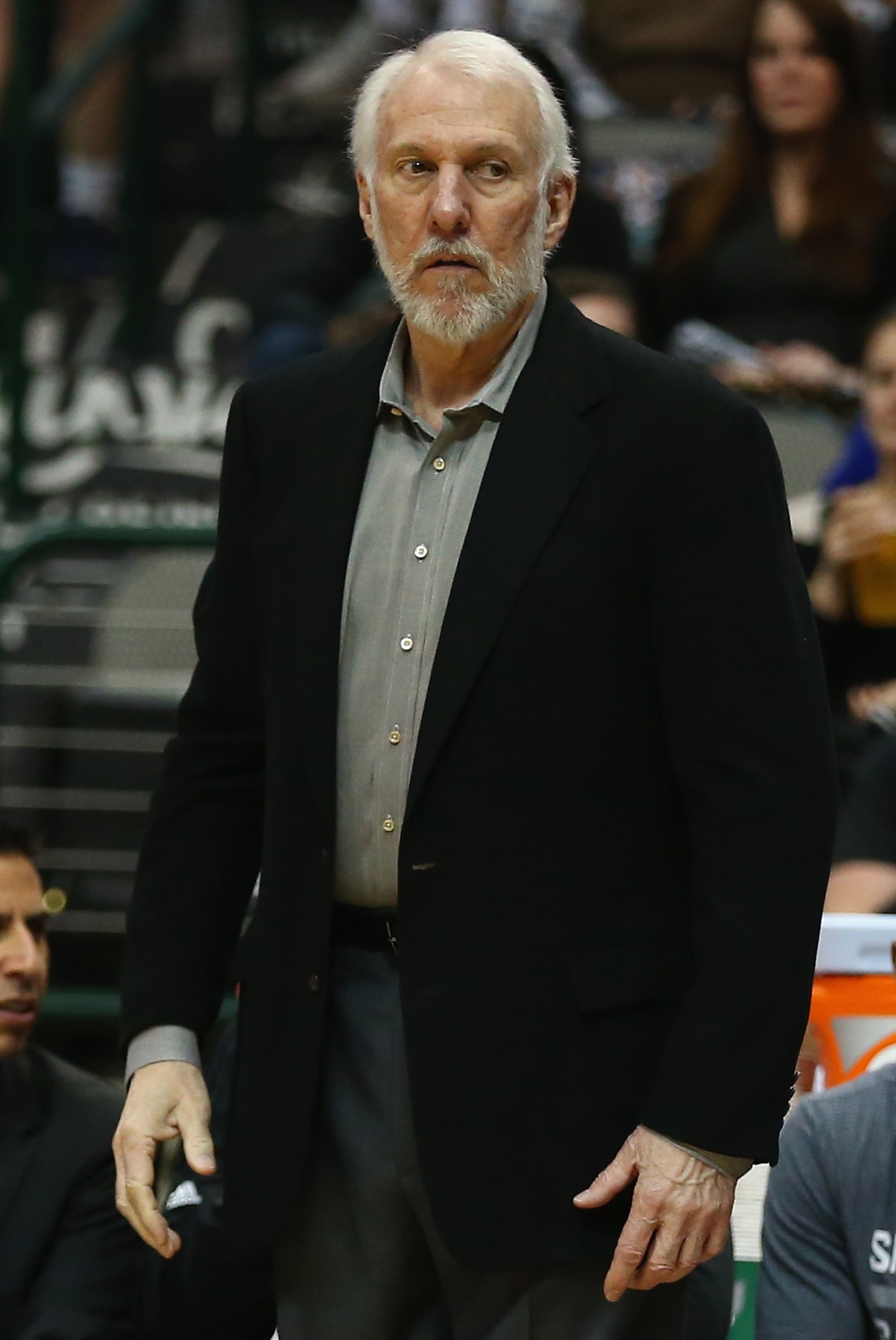 San Antonio Spurs head coach Gregg Popovich is now widely recognized as one of the best coaches in NBA history, but he’s perhaps best known in a cultural context for his very short answers to reporters in mid-game interviews and post-game press conferences. It’s part of Popovich’s personality, and a large number of fans eat it up. At this point, it’s hard to imagine him giving a full answer to any question. Leave that to the other coaches.

At least one of the sideline reporters who interviews Popovich on a regular basis would like him to stop his act. Here’s what Doris Burke had to say in an interview with Rembert Browne of New York Magazine:

Well, that does remind of what happened with you and San Antonio head coach Gregg Popovich, when he wouldn’t answer your questions besides saying “turnovers.”

Yeah, and me choking back tears?

Yeah, I remember being very happily surprised that you admitted vulnerability after that. You’re like Hillary Clinton in that people expect you to prove toughness in a way that men don’t need to.

Yes, yes, displaying a level of strength and a lack of vulnerability, because that’s what a prerequisite of the job is, when, in actuality, all of the things that make us human will help us do that job better. I’ve been expressing my vulnerability because it’s the truth. I was literally on the verge of tears. And my take on that Popovich situation has changed. We all used to give him a pass because he would say to us privately, “Well, I just can’t help myself. I’m in the game, and this is my job.” But I don’t give him a pass anymore. It now frustrates me to the point where I want to say, “I’m not giving you a pass because I’ve seen you when Jeff Van Gundy walks over there, and the interaction is totally different.”

Here’s the “turnovers” interview, in case you forget it:

And here’s a characteristically unserious interview with Van Gundy:

This portion of the interview occurs as part of a longer discussion of sexism and double standards in sports. It’s not clear that Burke is calling Popovich sexist, because he often does the same to men on the sidelines. The difference in the case of Van Gundy is that he is a former coach whom Popovich probably respects more than he does a media member.

Whatever the case, that doesn’t change the fact that Burke is right about the double standard at play. If Popovich truly takes his coaching so seriously that he can’t tell Burke more than “turnovers” when she is perfectly professional, then he shouldn’t be able to humor Van Gundy while he stumbles through a few questions. The only realistic interpretation of this situation is that he could give Burke and others several-sentence answers if he wanted to and chooses not to.

It’s ultimately Popovich’s prerogative not to answer these questions if he wants to, but it’s probably time to stop acting as if that decision marks some admirable professionalism or seriousness that other coaches lack. Plenty of coaches have demonstrated in these playoffs that they can be professional in relation to their team and their media commitments. In fact, Popovich is arguably the only coach who decides not to do both. As Burke says, it’s not necessarily because he’s focused on his job. Maybe he just doesn’t think these reporters deserve his attention.