You are here: Home / Football / Colts player suffered the effects of a concussion for four months

Colts player suffered the effects of a concussion for four months 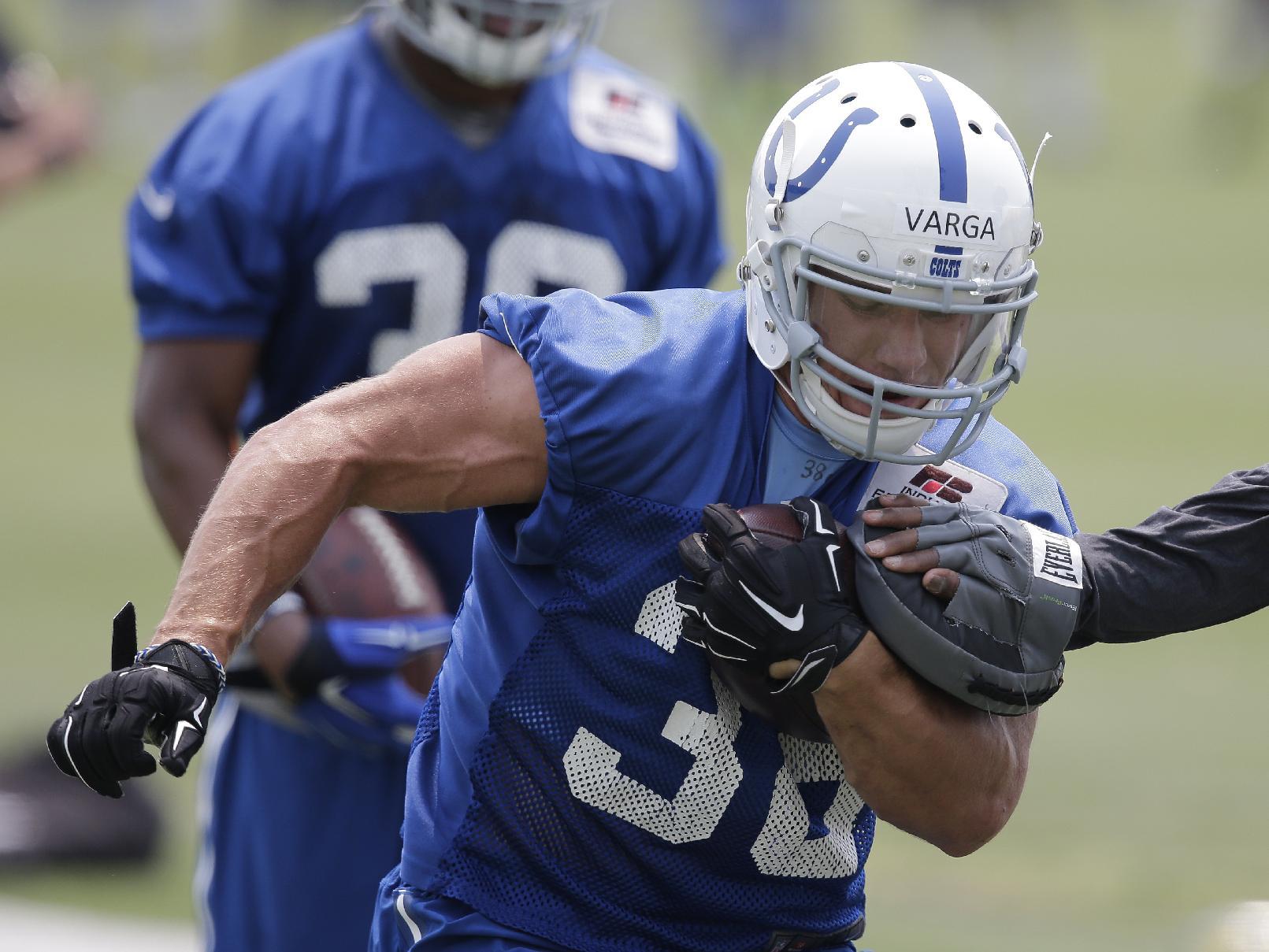 Many stories about concussions in the NFL are scary, but even on that scale, Tyler Varga has a frightening tale to tell.

The Indianapolis Star’s Zak Keefer wrote an excellent story about Varga, a running back from Yale whose rookie seasonwith the Indianapolis Colts was cut short last year due to a concussion. The concussion symptoms lasted four months.

Varga detailed for Keefer the issues he had during the concussion, and there was also an interesting passage in which Varga — who has an evolutionary biology degree and wants to be an orthopedic surgeon — questioned the drugs being offered to him for his symptoms and refused to take them.

According to the Star’s story, the Colts offered him Amantadine when he was dealing with his concussion. Varga, an Ivy League graduate, didn’t just take the drug without questioning it. The Star said Varga found Amantadine was developed to treat Parkinson’s disease and Varga said there were side effects, the worst being “some psychotic reactions like schizophrenia.”

“It sounded pretty scary to me,” Varga said.

Varga told the Colts he didn’t want to take the drug. About 45 minutes after Varga informed the team he wouldn’t take Amantadine, the Colts contacted him for a meeting to let him know he was going on injured reserve, the Star reported.

Varga suffered the concussion covering a kickoff against the Tennessee Titans in Week 3. Varga said he didn’t tell the team right away because he was trying to convince himself he just had the flu, and he didn’t want to go through the concussion protocol and be sidelined and possibly lose his roster spot. Varga said he knew he was in trouble two days after the Titans game when he went to look for apartments, and right after leaving the fourth one he realized he couldn’t remember being in any of them. His head finally started clearing up four months later.

The entire journey was chronicled in great detail by Keefer, and it’s worth reading the full story to understand what some players go through with severe concussions. There are many players like Varga who reside near the end of an NFL roster, and when they suffer concussions or other injuries they fade from our consciousness but are left to deal with severe issues behind the scenes.

Varga hasn’t given up football, however. He was back at the voluntary workouts in late April, hoping to once again get a roster spot. He goes in with an even better understanding of the dangers of the sport he doesn’t want to quit playing.